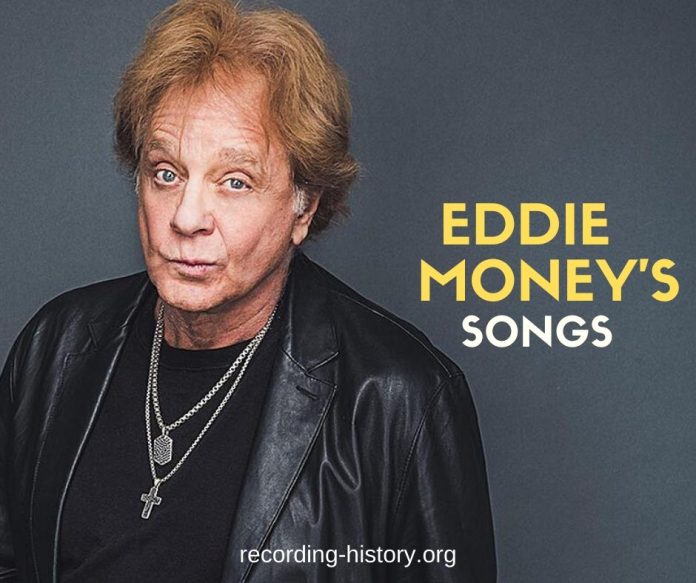 The singer of the two hits “Baby Hold On” and ‘Two Tickets to Paradise” unfortunately died of stage 4 cancer in late 2019. The late singer went double platinum and landed a place in the Hot 100. Starting off as a regular singer in clubs in California state, he soon became signed by Columbia Records leading to his first album in the late 70’s.

After an unexpected drop in sales for his music after the release of “Where’s The Party?” Eddie Money did not fail to make a comeback with “Take Me Home Tonight” introducing him to a spot for a platinum certification on his wall!

Here is a list by which we can remember the singer in a peaceful manner.

This song was the first single for Eddie Money. Money wrote the song with his guitarist, Jimmy Lyon.

Here is a link to a video with a collection of Eddie Money photos:

This song was written by frontman Money with his bass player, Ralph Carter, and with Elizabeth Myers, a composer who has worked on commercials. Tom Dowd, whose distinguished career included production work for Aretha Franklin, The Allman Brothers, and Rod Stewart, produced the record.

Here’s a video to a young Eddie Money lovestruck by a dancer:

From the coiled bass of Ralph Carter to the locomotive guitar of Marty Walsh, “Think I’m In Love” is finally revealed to be unexpectedly complex.

This song is based on The Ronettes’ 1963 hit “Be My Baby,” and features their lead singer, Ronnie Spector, on the chorus performing her famous line, “Be my little baby.”

If you’re an 80’s kid, this song will definitely bring some memories to the surface:

Here is a link to a hidden gem and winner of the list, an Eddie Money song:

You’ve heard this everywhere, Shazam never loads up on time and you’ve lost it again, well here it is, just click the link below:

If blue is not your favourite color, maybe this video is not really for you and DON’T click on the link below:

This song is a break-up song about a man who’s in love with a woman who continually doubts him.

A lot of fans have probably practiced chanting to this song in their kitchen, no shame, we all do it!

This song was written and originally recorded by the Oakland-based rock band Billy Satellite.

Look beyond the production costs for period pieces (oh, the strings!), and it’s easy to see why “Perhaps I’m a Fool” just missed the Top 20 in early 1979

Here’s a chugging rocker detailing the initial goals of this former NYPD trainee, even though Money’s career often took him far from these basic wishes

13. Save a Little Room in Your Heart

Money offered one of the first glimpses of the depth that would ultimately drive home hits like “I Wanna Go Back,” and its raw, nervy presentation sends “Save a Little Room” up our list of the Top 10.

From the coiled bass of Ralph Carter to the locomotive guitar of Marty Walsh, “Think I’m In Love” is finally revealed to be unexpectedly complex.

When he was growing up, Money learned that words didn’t have to rhyme exactly, so he used that knowledge in this song.