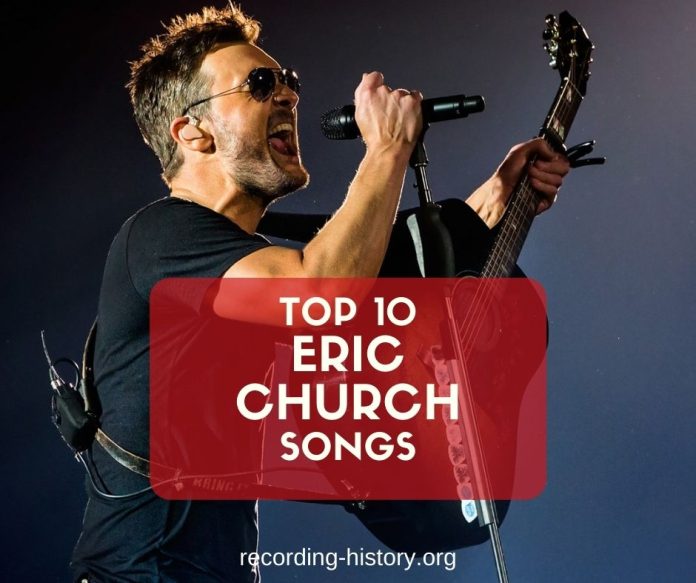 During college, he also formed a band with a friend of his, his roommate, and his brother. He started his professional career when he moved to Nashville in 2001. Let’s take a look at his top ten hits!

This song directly creates a good feeling when it is on as It is about having a chill time.

The song was co-written by Church, Jeff Hyde, Clint Daniels, and Bobby Pinson. It is about the lessons that are learned and the knowledge that is gained from those experiences.

The song was co-written by Church and Marv Green. The song reached the top ten list on the US charts. The mid-tempo country song is about an old relationship that was feeling like creepin’.

#7. Give Me Back My Hometown

The song is about visiting my hometown while trying to get rid of the struggles of a break-up. It was co-written by Chırch and Luke Laird.

The song was first released by Email to a lucky fan base of Church and some radio stations in 2015. There was also a hand-written letter attached for fans. The inspiration for the song came from the three-year-old son of the Church.

The song is about a man who stayed in his hometown while his ex is already left and chasing her dreams. It sold more than a million when it was released in 2018.

Talladega is a city in Alabama; the song is about a road trip to the Talladegasuperspeedway.

The song was inspired by a love story that the Church had and a song by Bruce Springsteen.

The song is about the feelings of smoking weed. It hit the country charts quickly and received many good reviews from country music authorities.

The song is about having a break-up and rejecting finding peace in other women. He aimed to make a hit out of this phase of his life and managed it!