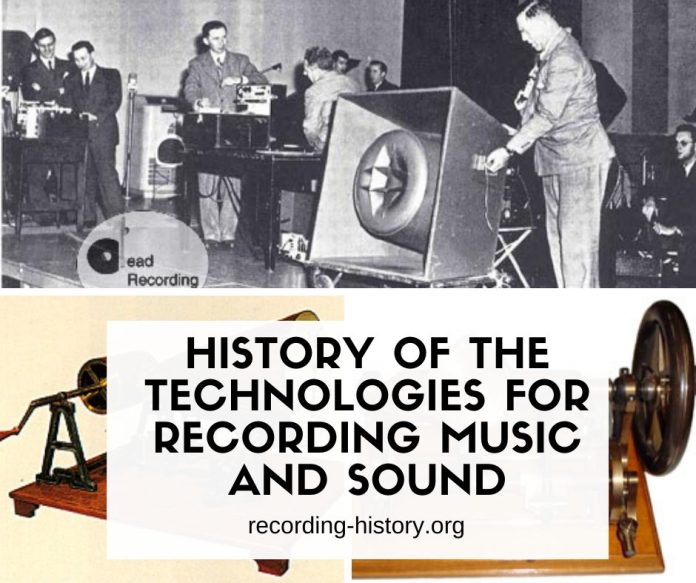 Music is a soulmate to everyone. Music plays a very important role in today’s society. Ranging from passing out information, educating people, entertaining, and a source of livelihood to many people globally. However, music isn’t a thing of today. It started a long time ago even before our great grandfathers existed.

The advancement of technology makes it very easy for artists and bands to record music and sound without the need to use heavy and bulky equipment. Today, musicians will have to enter a fully-equipped study and record their songs. Aside from having a physical copy of the album, countless innovations have made it easier for musicians to release music on online platforms, such as BandNext.com.

With advancements in technology, artists and bands can easily record music and sound without using heavy and bulky equipment to pass out information to their listeners. Musicians don’t have to carry their recording equipment whenever they want to record their songs, thanks to technology which has seen many equipped music studios coming into existence.

Besides the studios, musicians can release their music on online platforms and still reach a number of listeners, courtesy of numerous innovations. Incidences of walking with a physical copy of the album are now in the past. There is also an alarming number of apps and software coming into existence every day. The music industry keeps evolving as time passes.

Let’s look at the genesis of this evolution and the history of music recording and sound.

Rise of Phonograph, Graphophones, and Gramophones

Forget their different names. These devices work the same way. They use a horn to collect sound while causing the diaphragm to vibrate. The diaphragm produces a stylus, which can hold sound information on a cylinder wrapped up in tin foil. As things kept changing, the tin foil became outdated and wasn’t in use, prompting Alexander Bell to invent a cylindrical storage medium that was based on wax.

This cylindrical storage medium was more durable, enabling better sound, becoming a darling to the public. At times, many films used music to guide the audience and evoke emotions throughout the entire filming. Movie producers also enhanced their movies using the right music.

The Invention and Domination of Gramophone

The invention of the gramophone took place in the 1890s when the phonograph and other similar devices fought for dominance on the North American market. But the gramophone which Emile Berliner invented emerged as the winner in the market. Emile Berliner created flash discs, resulting in easier manufacturing, easier use, and longer time to play.

As the years passed, the Victor Talking Machine Company of Berliner came up with discs that vary in sizes and lengths, increasing the popularity of gramophone when it comes to sound recording and playing music. Another notable material you can associate with gramophone is Vinyl, which became popular in the 1950s.

Gramophone technology has enabled aspiring musicians to easily record their music and sound without paying for the recording studios. To record music, the artist only needs a microphone and then uses an amplifier to play whatever they record. Due to advanced technology, artists can use online platforms to share their recordings and download other music files to mix with their recordings, thanks to wireless connectivity.

With advancements in technology, engineers developed sound recording devices that use electricity and magnetism forces in their storage and playback. Despite being invented by Valdemar Poulsen in 1898, magnetic tapes came into use some forty years later in Germany.

Magnetic records became common during World War II in Germany. After the war, they spread into Western Europe and America. From that period to date, magnetic tapes have become quite popular in sound recording.

The Emergence of Digital Sound

The Digital era began in 1977, with Sony’s digital audio recorder becoming the first to play out. From that point, digital sound has been so popular, with the first CDs providing quality sound. And recently, new music compression methods, portable devices, and internet infrastructure have introduced digital music structures.

And with the number of apps and software being introduced to the public today, you can expect that the music industry will continue to evolve in the coming years.

Although they come in different names, phonographs, graphophones, and gramophones work the same way. These devices collect sound through a horn and cause the diaphragm to vibrate. The diaphragm is connected to a stylus that is pressed into a thin layer of tin foil or cylinder covered in wax.

More and more films were using music as part of their production as an attempt to guide their audience and evoke emotions throughout the entire film. The right music allowed movie producers to enhance any film, as well as encouraged them to experiment with their craft.

This technology makes it easier for aspiring musicians to record their music and sound as they no longer have to pay for recording studios.

The user will record their music and sound through a microphone and have the option to play whatever they recorded through the amplifier.

Wireless connectivity allows the user to share their recordings online and even download other music files that they can mix with their own recordings.

If you’re fascinated about the music industry either because you’re an aspiring artist or would simply want to learn how the industry came to be, this article is a goldmine of information. All of the information stated here will give you an idea of how the music industry has evolved through the years.