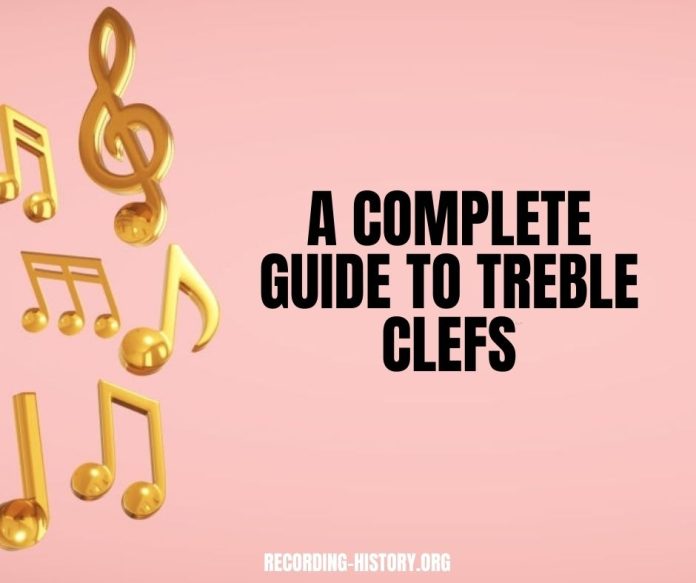 The treble clef is the most important symbol in music. It’s used together with other instruments to read music. Its other name is G clef due to its symbol at the beginning that encircles the second line of the staff, showing the G4 line. Today, many musicians commonly use this clef because it’s the first clef musicians learn on their music theory. 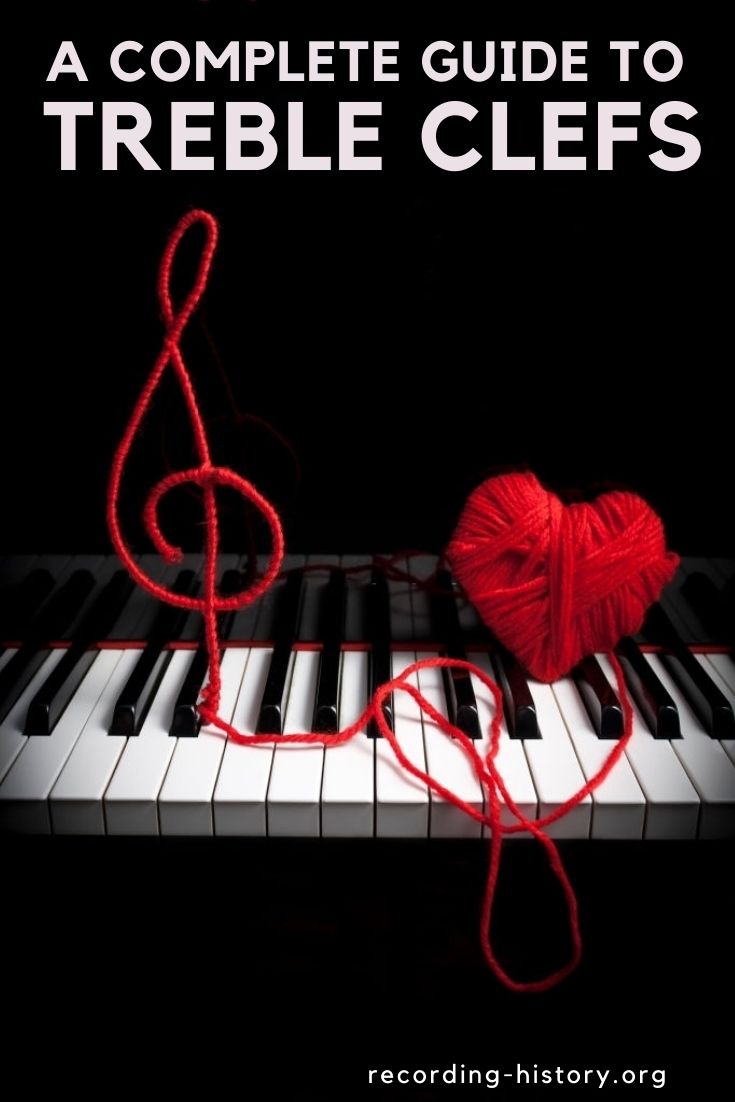 What Is a Treble Clef? 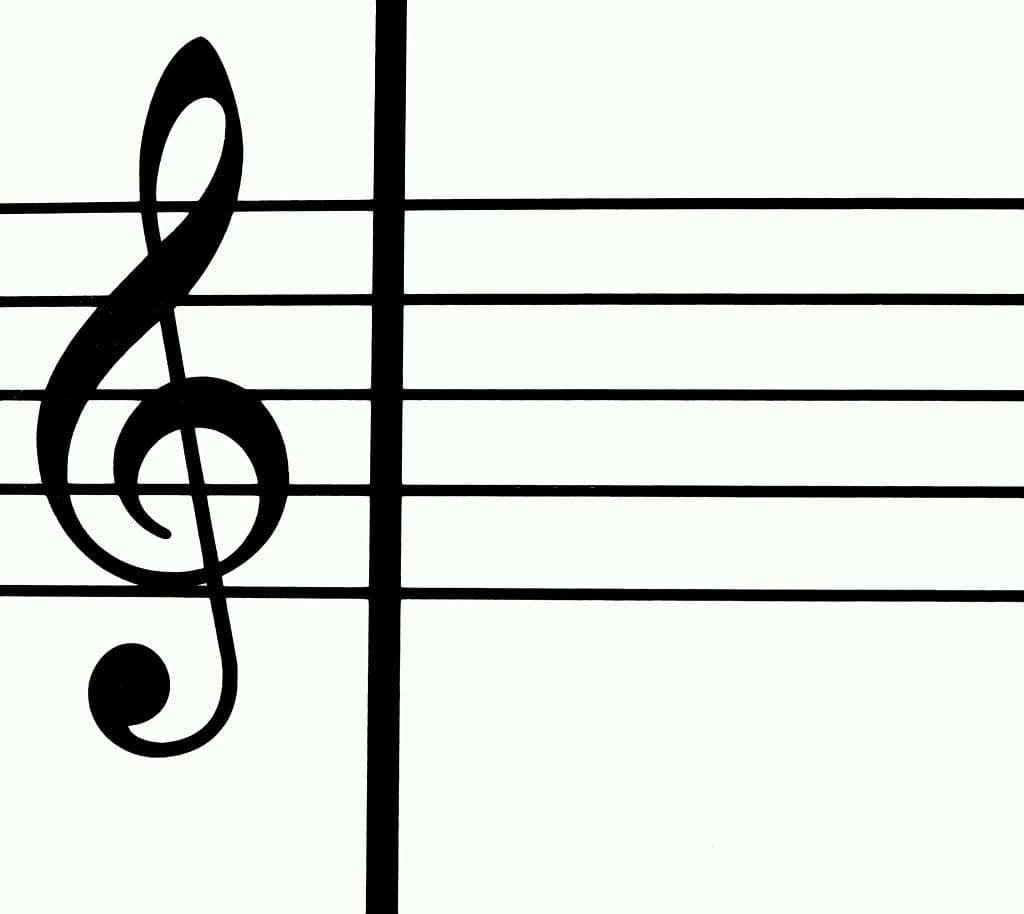 The treble clef is a musical notation that can guide you to play when reading and writing music. It loops and wraps itself around the G note on the staff, leading to a G clef name. In the past, treble clef looked like a G, but due to several years it was written by different scribes; it has gone through evolution up to the treble you know today.

What Is the Treble Clef Used For?

The treble clef shows you the notes that you can play with your right hand. They contain lines and letters that have letter names. For example, the treble clef spaces are labeled face, and they start with the first space at the bottom going up to the top.

Many instruments use treble clefs when playing, although they’re instruments with higher register. Such instruments include trumpets, flutes, clarinets, violins, and the right hand of the piano, cornets, saxophones, and horns. The list is large, not forgetting mandolin, recorder vibraphone, and xylophone.

You can also use it for guitar, which sounds like an octave below the written. It’s also used for euphonium and baritone horn, which sounds a major ninth lower. The treble clef is the upper staff of the grand staff that you can use in your harp and keyboard instruments. You can also use it alongside the tenor clef. Bass clef instruments can also play treble clef for higher notes. Those bass clefs include double bass, cello, trombone, and bassoon.

The viola also uses treble clefs to produce high notes. Other sounds noted by treble clef include soprano, alto, mezzo-soprano, tenor, and contralto voices. The tenor voice you write in sounds an octave lower in the treble clef.

What Do Two Treble Clefs Mean?

Notes of the Treble Clef

In treble clef, music is noted using a staff.  The staff has five horizontal lines and spaces that allow musical notes to lie. The staff contains higher pitches as well as lower notes. The treble staff is formed by a treble clef. It is also called G clef because of the spirals that surround the second line counting from bottom. The treble staff also looks like a stylized letter G. It’s very easy to find other notes once you’ve located the G note.

Treble clef line notes include; E, G, B, D, and F. And a perfect way to remember these letters is to come up with phrases such as Every Green Bus Drives Fast, Every Good Boy Deserves Fudge. Ensure you use the phrase that you can remember easily. When it comes to counting lines, it’s done beginning at the bottom to the staff’s top.

The first line is the bottom line for easy reference, while the top line is the fifth. An easy way to remember notes for the spaces is to spell the word face. What happens if you run out of lines? You’ll add ledger lines. You’ll add the first ledger line on the treble staff, then put the other on the middle of your piano. When playing, you use your right hand to play the notes on the treble clef.

The scales used in the music tradition of Western Europe include the major and minor scale. And the musical term that describes the speed of the beat is called tempo. Therefore, it’s true that the function of the clef is to indicate the range of pitches when you play them.

Also, the fundamental element of music is the articulated duration called the rhythm, while the eight-letter notes are called an octave.

Nothing is easy as reading the treble clef notes. All you have to do is to understand how treble clef works, then practice effectively as you learn, and you’ll become successful.

It’s with no doubt that treble clef is widely used in music production. It’s the perfect place you can start your musical career if you don’t read music. It can increase your abilities and opportunities in music even after reading notes from other clefs.

Learn the Musical Staff and the Piano Keyboard 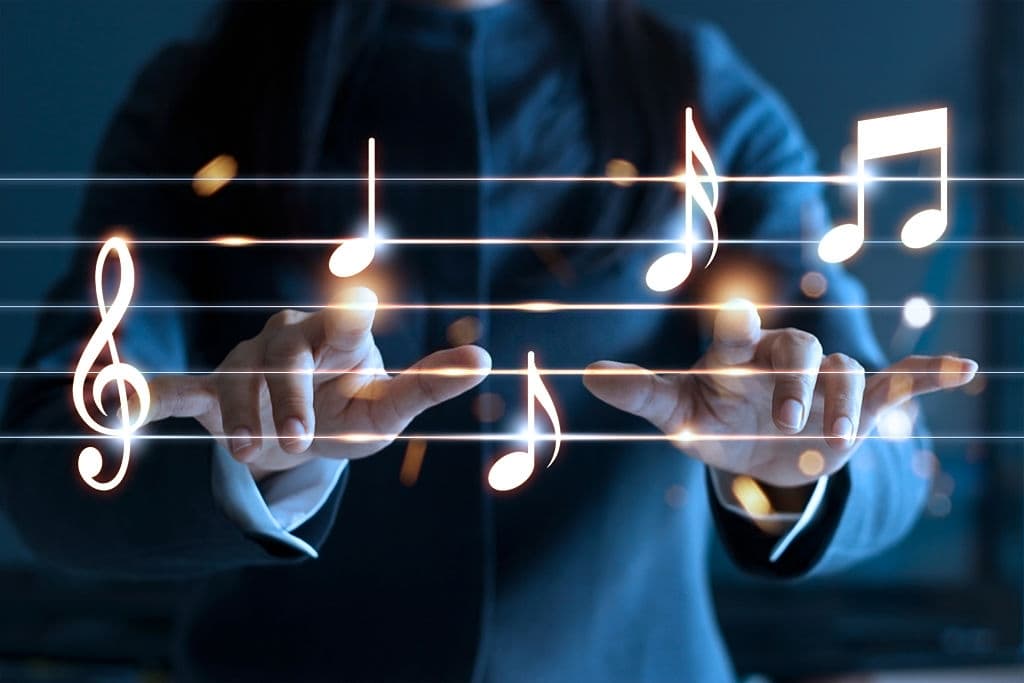 Note that every line on the staff indicates a specific note. To start learning to read music, you have to relate each tone on the staff with the note corresponding to the piano keyboard. You need to know that if you write a note on the staff and another note on the piano, then they are two sides of the same coin. They are no different since they express the same thing in two different ways.

More focus is on piano because the piano is commonly used in almost every musical tool. The wide range of pianos enables it to cover all possible notes. In addition, it has a unique keyboard layout that allows musicians to visualize notes and patterns. This is not something you can learn using instruments other than piano. Learning to relate written notes to the piano is always worth it, even if you’re used to playing different instruments.

Start Smaller as You Aim Higher

It cannot take you a single day or a single round to improve your musical career. You cannot learn everything concerning music at once. It can be overwhelming, especially if you are starting. You can end up giving up along the way after facing normal challenges. The best way to learn about music is to tackle things step by step. Don’t rush. This approach will make it easier for you to learn and remember and most likely succeed.

It’s wise to focus on the one-octave register first instead of learning all the notes at once.

Use Mnemonics to Learn

Do not ignore the power of this memory device, especially if you’re at the beginning stages. Mnemonic helps in jogging your mind. It reminds your brain of which line corresponds to which note. You can start with the obvious mnemonic, which states that Every Good Boy Does Fine. Simply put, E, G, B, D, and F. These letters represent the names of the notes on the lines on the staff, but they don’t include ledger lines as they start from the bottom going up.

Make sure you use mnemonics to your advantage, as you also note their downsides. Mnemonics don’t relate to any notes that are in the ledger lines. They can also become a crutch to rely upon rather than memorizing the notes. To avoid mnemonic setbacks, you can use them at the beginning to help you jog your mind. You can start training with them but as you advance, leave them.

Treble clefs generally indicate the kind of notes represented by the lines and spaces on a musical instrument. So you are an instrument enthusiast, then begin by learning how to play treble clef if you want to progress in your musical career. This is because there is no better way of producing music than sitting while writing and reading through your musical piece.