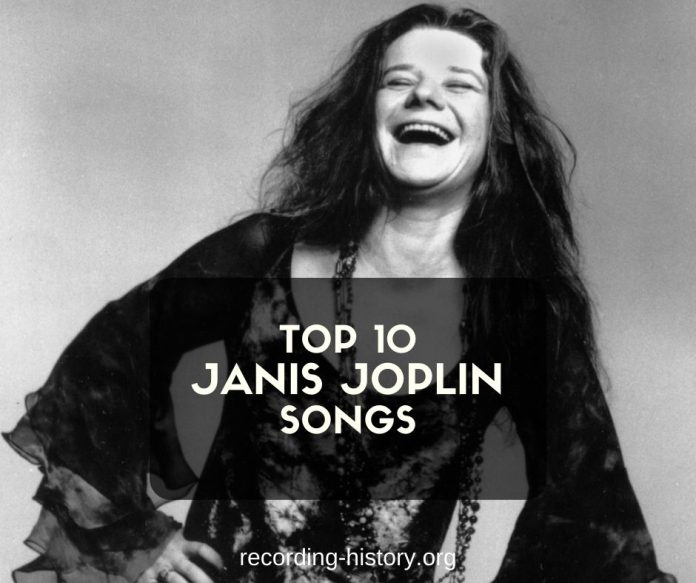 Janis Joplin was born on the 19th of January in ’43. This amazing singer from Port Arthur, Texas, rose to fame in the late ’63s. She was known for her powerful and bluesy vocals.

Also, she is one of the most influential names that comes to mind when you think about the ’60s. We know her from hits like “Me and Bobby Mcgee” and “Kozmic Blues.” Let’s take a look at the top 10 amazing pieces of this fantastic singer.

This was the opening song of Joplin’s debut album after she part ways with Big Brother. You can feel the independence flowing to you through the beats and vocals.

This was the end track of the album “Pearl.” Joplin died three months before the album’s release then this song became her requiem.

This amazing piece is one of the songs in which you can feel the power of Joplin’s incredible vocals.

The split between Joplin and Big Brother and the Holding Company was not as smooth as she and others had expected. Although performing better than any Big Brother LP, the album itself stalled at number five and Kozmic Blues is one of the highlights of the album.

This song was relatively unknown, and Joplin unearthed this amazing piece with Paul Rothchild. They amped up everything with an amazing arrangement and Joplin’s crazy vocals.

This tune hurricane from her second (and posthumously released) solo album is all Joplin — one of just a handful of songs that she herself wrote.

Joplin sang this song on their second album with Big Brother and the Holding Company. It was undoubtedly inspired by the classic version made by Billie Holiday.

Joplin sizzles this song, originally made popular by R&B singer Big Mama Thornton on this album. A slow-cook highlight is the nine-minute live version of “Ball and Chain” from their second album, Cheap Thrills.

Erma Franklin, older sister to Aretha Franklin, recorded the original version of “Piece of My Heart.” In 1967 she reached the R&B Top 10 with it. But everyone forgot about Franklin until Joplin had covered it up.

Like so many other cuts on our Top 10 Janis Joplin Songs list, once Joplin got hold of the laid-back road tune from Kris Kristofferson, it was entirely her own. It became her signature song in this case, reaching No. 1 several months after her death.