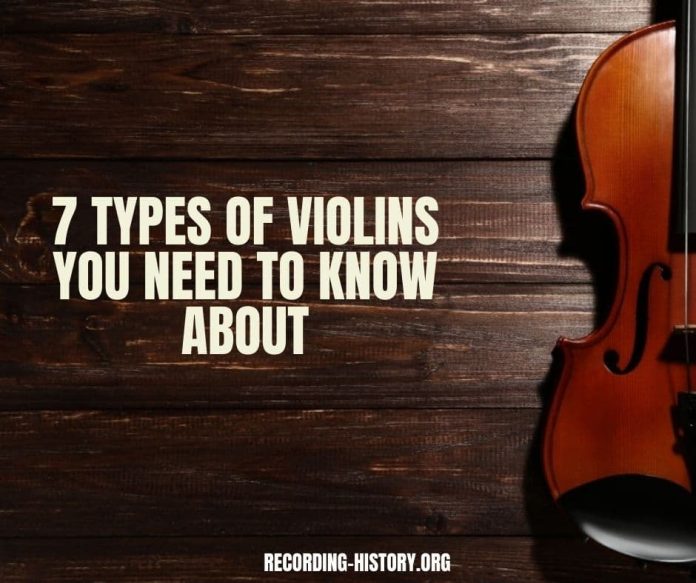 When you talk about musical instruments that have been in existence for a long time, think of the violin. This musical instrument has represented orchestral music in the general public for a very long time. However, many people aren’t music enthusiasts who don’t know that violins exist in many different types. 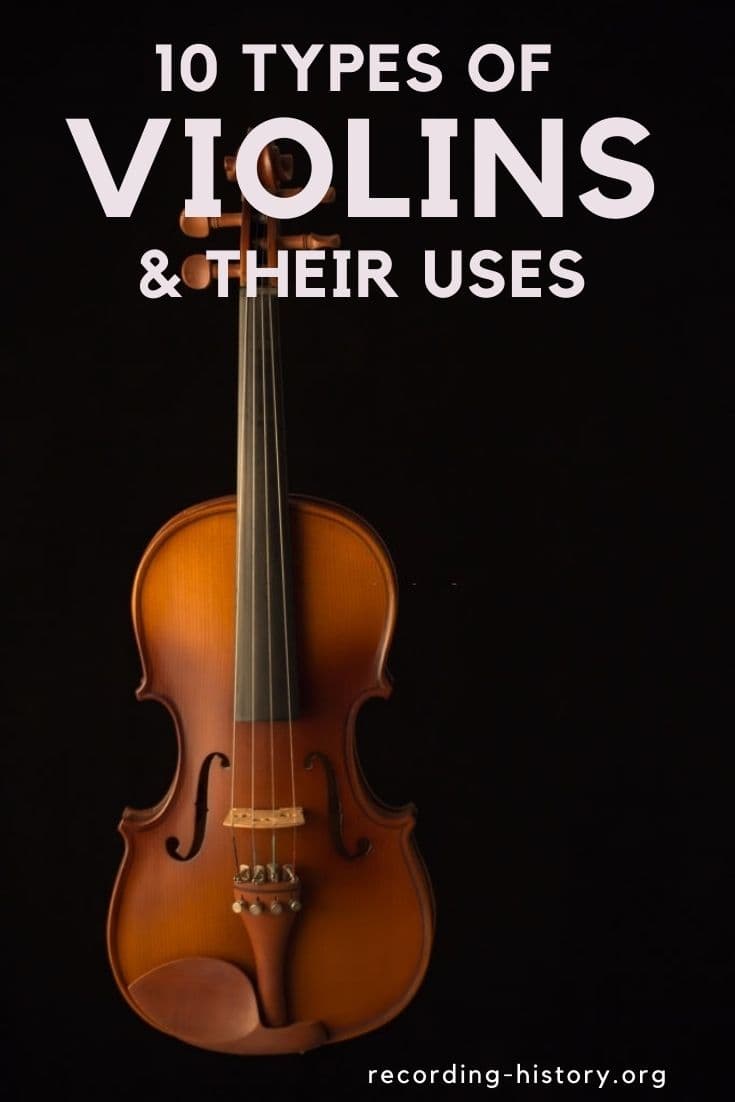 A Brief History of the Violin

The creation of the violin was a long-ago process that has existed for many years despite its recent invention, from its early ancestor in the Middle East until its emergence into Europe via Spain and then into Italy’s strong hold. The development of this instrument has geographically spread because of trade and commerce.

The first known violin was the Ravanastron, emerging from Medieval India, where Kings and nobility patronized it. Traders came in with ravanastron in the Middle East between the seventh and tenth centuries. This led to the spreading and development of this bowed, stringed instrument throughout Asia, Africa, and Europe.

The first recognizable ancestor of modern violins is the Rebab. It originated in the eighth century from the Middle East, then spread throughout North Africa and Europe using trade routes. There’s Rebec, which came to Europe during the conquest of the Iberian Peninsula by the Arabic.

Then came the pear-shaped instrument called Lyra in the tenth to twelfth century emerging from the Byzantine Empire. Some people still play some of its variants today. There was also Vielle which was an oval-shaped instrument with three to five strings, tuning pegs. And last, before the debut of the modern violins, Viola da Gamba seems to be the best-bowed instrument of that period.

Related: 7 Types Of Flutes and Their Uses 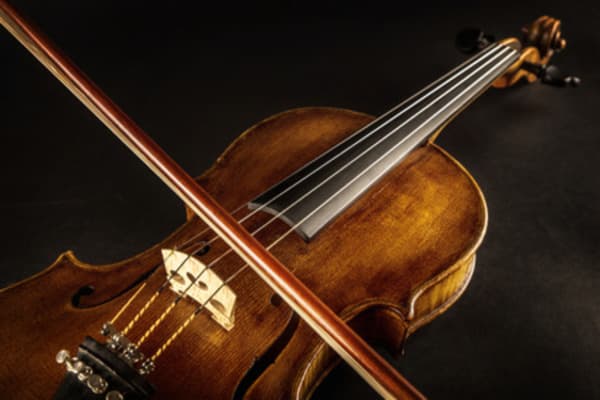 This is the first standard violin that existed in the sixteenth century. It’s the forefather of the modern violin. It has a shallower angle of the neck, thicker to offer support to the tension strings. The only difference with the classical violin is that the string tension is lower than on the modern violin.

The violin makers started to alter the original Baroque instruments due to more advanced crafting techniques, which enabled them to get the new violin standards. Also, Baroque violins differ from modern violins because they use gut strings from animal intestines. They also had flatter bridges and fingerboards than the modern violin. Baroque bows were curved outwards in terms of appearance, hence making them look like a launching arrow. Many musicians enjoy playing in baroque style by using a traditional baroque bow and a violin in an old-style setup.

Before the invention of the violin, several stringed instruments looked similar to the violin. Many people refer to them as early types of violin, which wasn’t the case since they were considered separate instruments. By putting them into proper use, you need to use your chin to hold them upright as you play the three strings.

Instruments that predate violin include three-stringed Violetta, which was held under the chin. The other one is the lira of the Byzantine Empire. This violin look-alike was held upright while lira de braccio was held against the chin just like a violin. There was also the violin which was quite similar and became popular at the same moment as the violin. As much as these instruments look much like a violin, they’re separate instruments in their way. 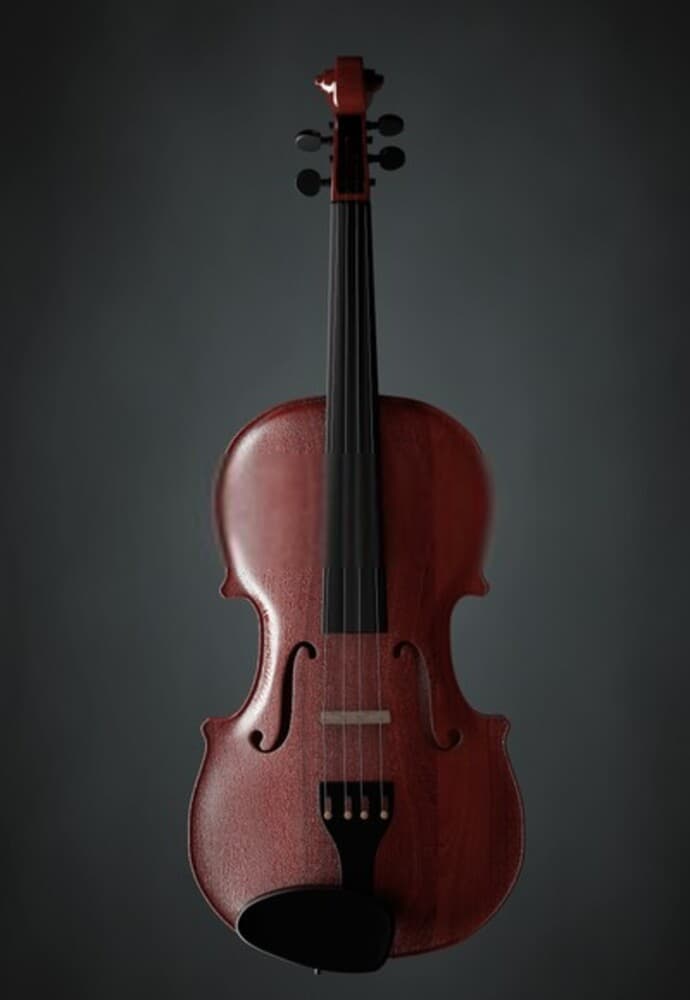 It’s also called a modern or acoustic violin. This type of violin was never missed in the past great violin concerts. And when the new bowing techniques became popular in the eighteenth and nineteenth centuries, the violin increased its string tension. The only difference-making classical violin to stand out is the sound projection and range of this instrument.

The modern violin had a slender neck and a high-level string tension, ranking it high on violin types. Nowadays, people use the classical violin to assess other types of the violin. Classical violins offer more comfortable fittings to the violin by providing chin rest that helps players hold the violin comfortably.

With time, modern violins have improved by having better strings and rosins, which helps the production of sound more classical. 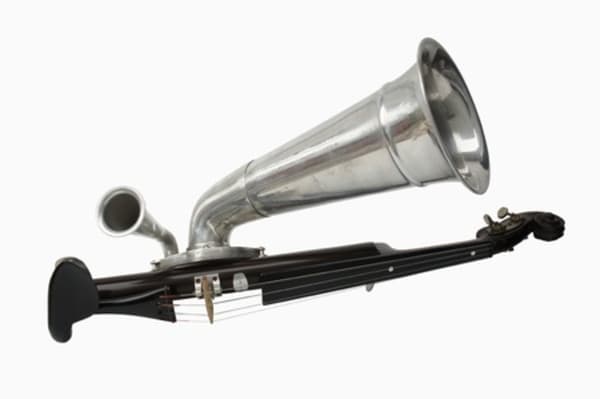 You can also refer to it as a horn violin. The name of this instrument originates from the inventor by the name John Stroh. It was created in the nineteenth century by John Stroh. This violin features a horn instead of a sound box to create the notes. Stroh violins are louder than traditional acoustic violins.

On the other hand, this type of violin isn’t popular. It has a thinner and harsher sound. They’re not that cheap. Apart from its wider horn, it looks quite similar to the Romanian horn violin. 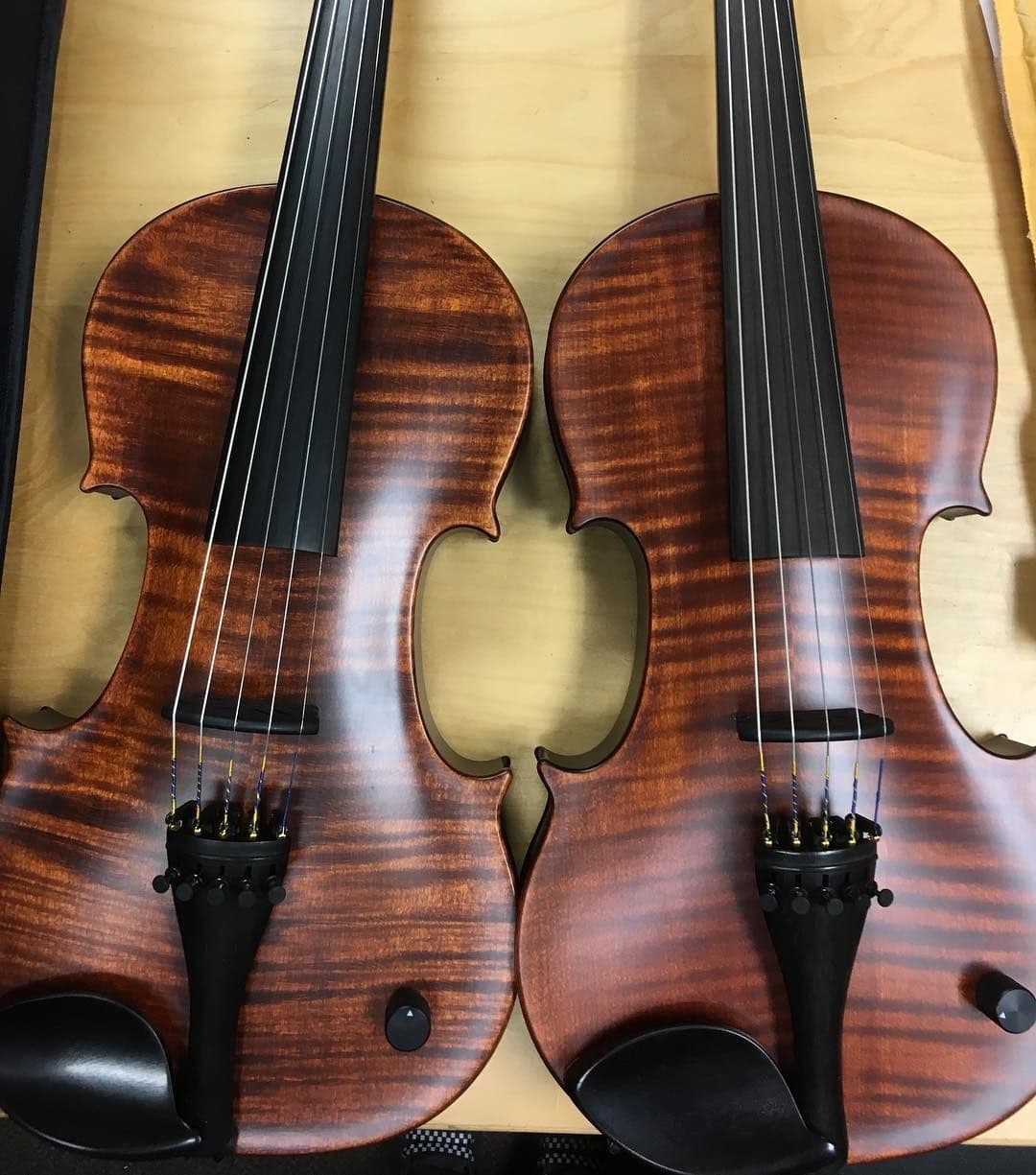 This is a traditional violin that’s fitted with a pick-up to amplify the acoustic sound electronically. It’s also called electric –acoustic. The sound can retain its original acoustic feel more easily in a semi-electric violin than the fully electric models. The semi-electric violin produces an acoustic sound, unlike its electric counterpart. You can’t hear any loud sound when you plug it into an amp. You can also fit some classical models to create this type of violin. You’ll also require modifications to set up the entire violin. 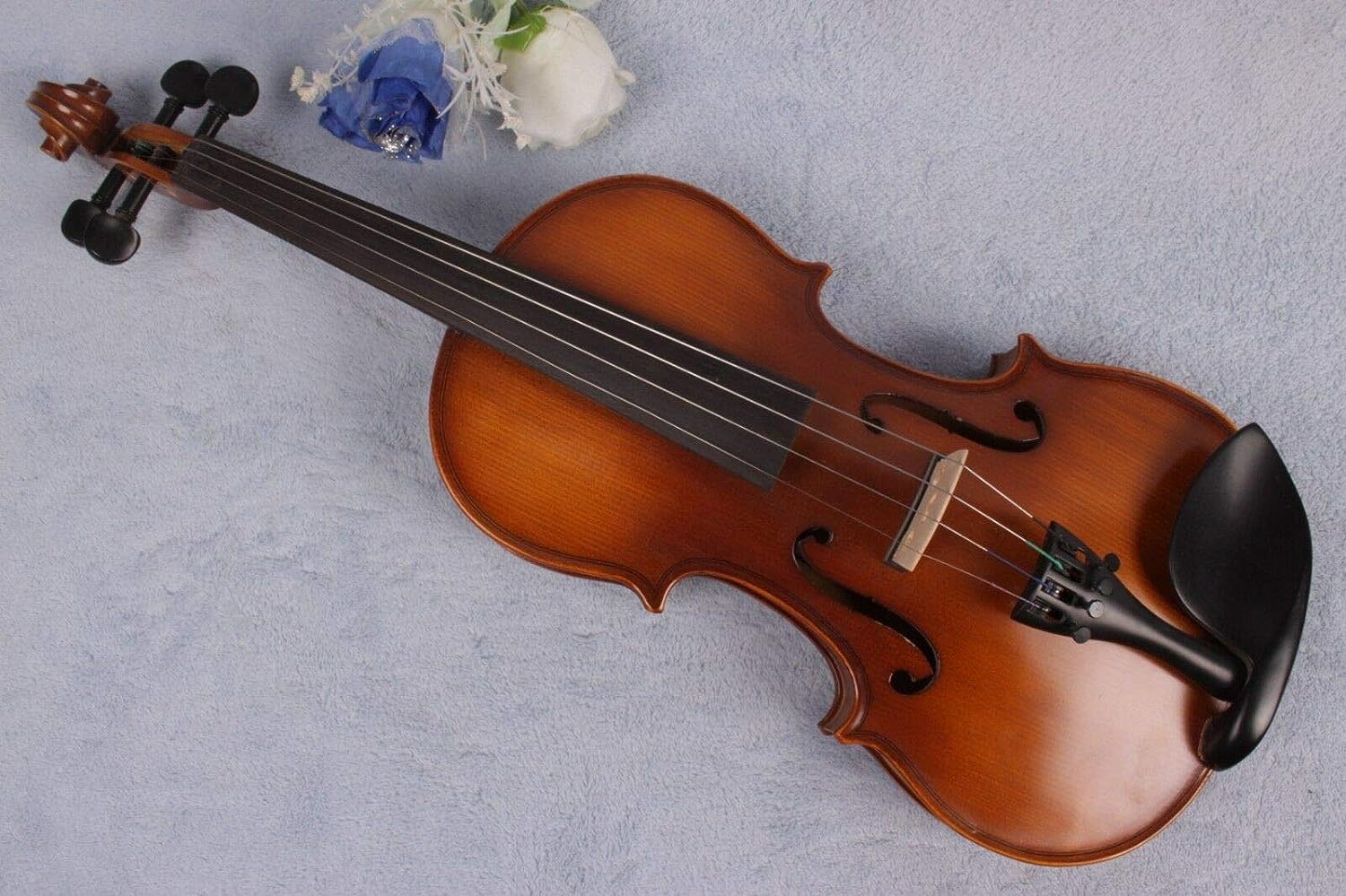 Check this Electric violin on Amazon

Have you ever come across a violin that produces sound electronically? Well, the electric violin does exactly that. It comes in many styles because it doesn’t require a sound box to create sound, making many of its models undergo various aesthetics. The electric violin comes in various shapes, sizes, and forms, just like electric guitars. They’re becoming very popular since most bands like playing them.

Check this Silent Violin on Amazon

This is simply an electric violin. So the name shouldn’t fool you because it isn’t silent as the name suggests. It produces the sound of the bow touching the string. The sound this instrument produces is quite similar to the sound of a normal violin on mute. It’s the best violin for beginners since it allows them to practice without disturbing people around them.

You can use earplugs to get its quality sound but cannot work on the amplifier. This is the best type of violin that can help you practice at home with much ease without bothering your neighbors.

Related: 13 Types Of Pianos and Their Uses 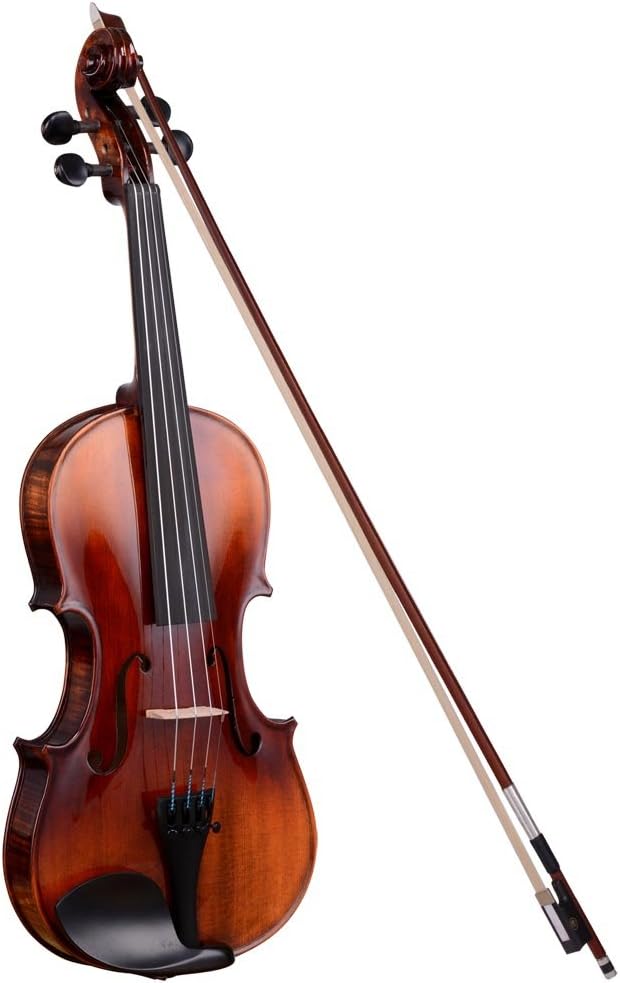 Check this Fiddle on Amazon

A fiddle is a type of violin that’s modified to play a certain style of music. It can be country or folk music. Fiddlers have a flat bridge allowing an easier double, unlike their classical counterparts. Fiddler’s violin tends to favor steel strings over gut strings which isn’t the case with the orchestral players.

Fiddle and violin are the same instruments, but the difference is in their context and style of play. Fiddler music can refer to music from many different countries. 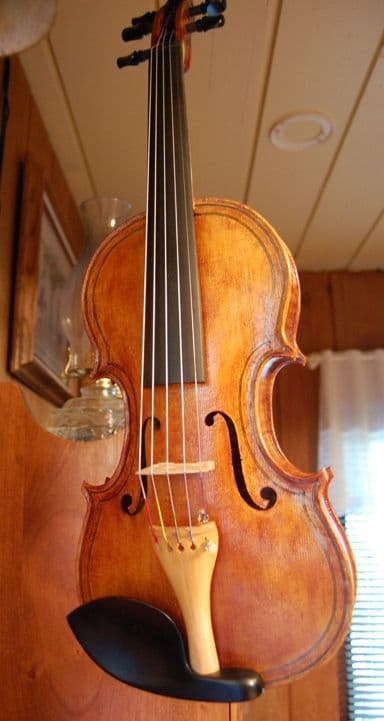 Undoubtedly, many classical violins contain four strings tuned to G, D, A, and E, while the five-string option includes a C string. Typically, you cannot use five-string violins to play classical music. Musicians use the extra pitch to improvise their sound. And that’s why the five-string violin is ideal for jazz, country, bluegrass, rock genres, and Western swing. They’ve larger bodies than their traditional counterparts, which allows greater resonance of the C string. 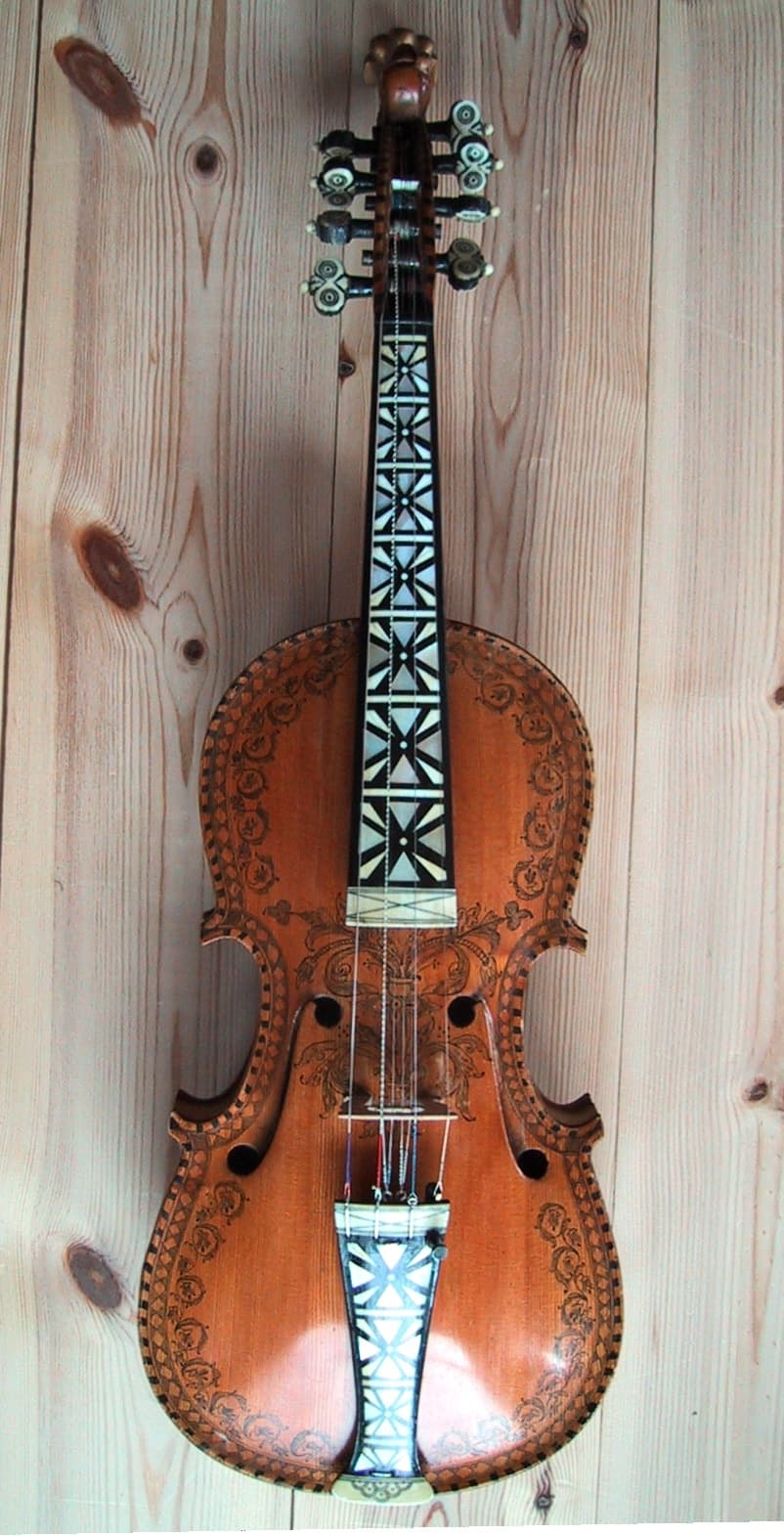 This is a Norwegian instrument with five strings underneath the bridge that rings sympathetically if you play notes relating to them. When you play them right, they can ring independently to your fingers, hence creating a drone underneath the tune.

Related: 14 Types of Saxophones and Their Uses

What is a mini violin called?

The pochette is the smallest type of violin. This wood-like instrument is very small, leading to the name pochette because it can fit well in your pocket.

What is the big violin called?

The largest violin is the double-glass.

Is violin a bass?

Yes, a violin is a bass. You can find the bass of a violin in fifths.

What is the largest violin size?

You can find the best type of violin depending on how much money you intend to spend on your instrument. Also, consider the genre of music you intend to play before you purchase your violin. Another factor that you should consider is the sound you want to produce and where you’ll be playing your instrument more frequently. And lastly, ensure you get the right size of the violin. These will allow you to play your violin without any problem comfortably.