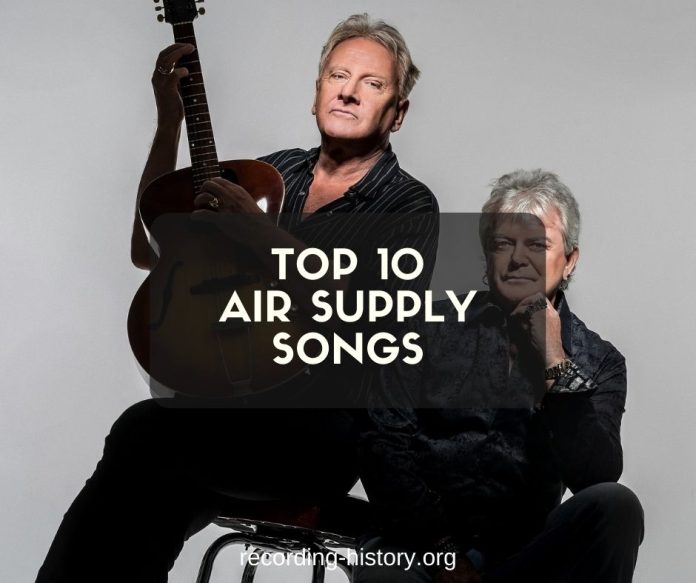 Graham Russel and Russel Hitchcock formed the soft-rock duo and made many international hits of the late ‘70s and early ‘80s.

During these times, they were in their early 30’s; both had kids and did not incline to engage in drugs or other industry-common egoism. As the group and their music are still present, let’s take a look at their top ten songs!

The group was playing this hit in their concerts for three years until they released it in their album “Mumbo Jumbo” in 2010. Graham Russel, the writer of the song, describes it as a disco-song.

The song is about the feelings after a breakup, all the memories that are coming to mind, and all the emotions that are being felt.

The song is originally from Jeniffer Rush, and It was also covered by Laura Branigan and Celine Dion. The Air Supply version is one of the best!

Russel writes the song, and it is known that It has a very special place for the group.

#6. Even The Nights Are Better

The song is about the singer’s ode to the woman who cured his heartache and made the nights better!

The song has a soft melody and romantic lyrics. It is a breakup song that the singer doesn’t want her to leave…

The song is about missing a lover when she is not around. It is about having a long-distance relationship.

The song was written by Graham Russel, who claims that he wrote the song in 15 minutes. The song was also a very popular song of the time.

This romantic hit is about an unanswered love of the singer. The song was also used in movies as a dance song.

#1. Making Love Out Of Nothing At All