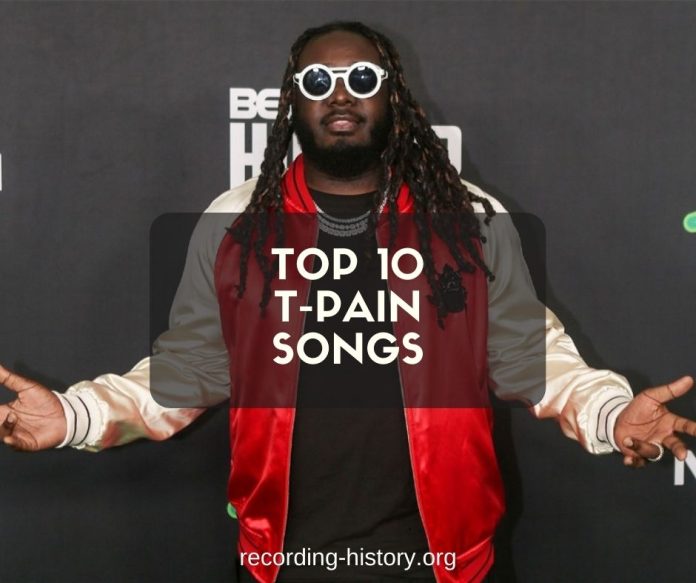 For years, T-Pain had people question whether or not he can survive the music industry without auto-tune. He didn’t need to, the successful American rapper, single and songwriter, produced the majority of his songs and managed to receive hit singles from the seeds he planted.

See below, a list of some very successful T-Pain songs that not only hit the charts but won him two Grammy Awards.

1. Take Your Shirt Off

T-Pain here pays a bar to Pablo for his song ‘Raise Up’, putting North Carolina on the map.

Featuring the legendary Akon, what a romantic way to sing to your new rebound post break-up.

Hitting the Billboard Hot 100, “I’m Sprung’ was not only a song on repeat for a whole year, it hit the #10 as T-Pain’s first chart topper.

Released as his fourth studio album, this song became the feature of the CW show Hart of Dixie.

Part of the Epiphany album, produced by T-Pain himself was also part of his NPR Tiny Desk appearance, click below to remind yourself of a time when your favourite chocolate bar was not an expense you had to think about!

Old is gold true, but what about reviving the old and making something brand new? Here, Tory Lanez and T-Pain show you how it’s done!

Only young when this song was made, the controversy revolves around a guy falling in love with a stripper and sings about wanting the girl to spend the night with him.

9. Booty Wurk (One Cheek At a Time) ft. Joey Galaxy

Trying to ignore Kevin Hart in the background, this song is one of T-Pain’s oldest releases.

Again, a song about T-Pain’s obsession with another woman’s assets. After the success of “Best Love Song”, this song became a promotional single for RevolveR.