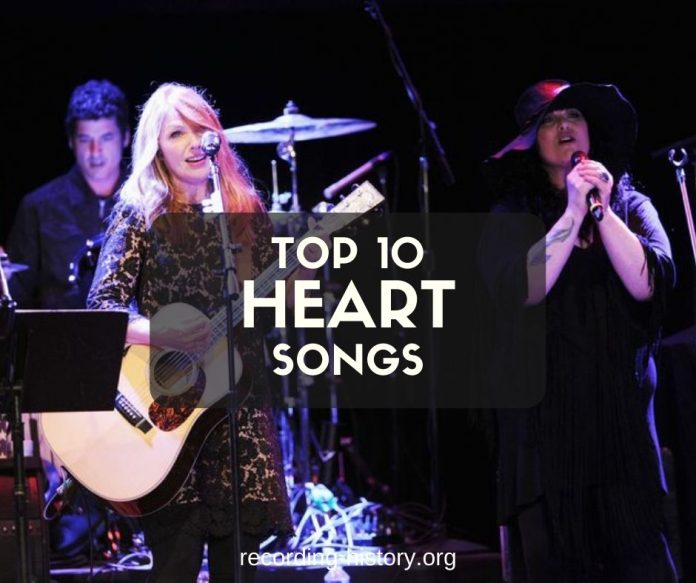 The group evolved from the former band White Heart in 1970. The group also owned a studio in Seattle called “Bad Animals” with the same name as their ninth album. Early on, the band played a lot of Zeppelin songs.

The group made many hits during the ’70s and ’80. In 1995, the group’s live album The Road Home was produced by Led Zeppelin bassist John Paul Jones. Let’s take a look at their top ten songs!

The song was written by band members Nancy Wilson and Holly Knight. It is about a girl that he can’t forget.

On this mid-tempo song rhythm guitarist of the group, Nancy Wilson takes the vocal position from her sister Ann Wilson.

This pop-rock song is about a relationship that felt different than everything else. Mark Mueller wrote it.

The song was such a hit of the time, and later on, it was covered by Kimberly Caldwell from the American Idol and released as a single.

The song was written by Holy Night, Gene Black, and Heart sisters. It has very strong and empowering lyrics as it is about not being in denial.

The song was written by the group, vocalists, guitarists, and drummers all together. The song is a statement about the music industry.

The song is about an unanswered love. The writer of the song Ann Wilson warns her lover that he should open his Heart to her love.

This one is one of the rare songs that Heart didn’t write by themselves, but the song was written by Bernie Taupin and Martin Page. The song became their first #1 hit.

The song was written by the famous songwriter Mutt Lange. The song has very interesting lyrics, and it is about meeting with a foreigner a hitchhiker and making sex with him in order to make a baby because she can’t do it with the man that she is in love with.

This great hit was made by the hit-maker duo Billy Steinberg and Tom Kelly. The success of the song was no surprise when it met with Heart.