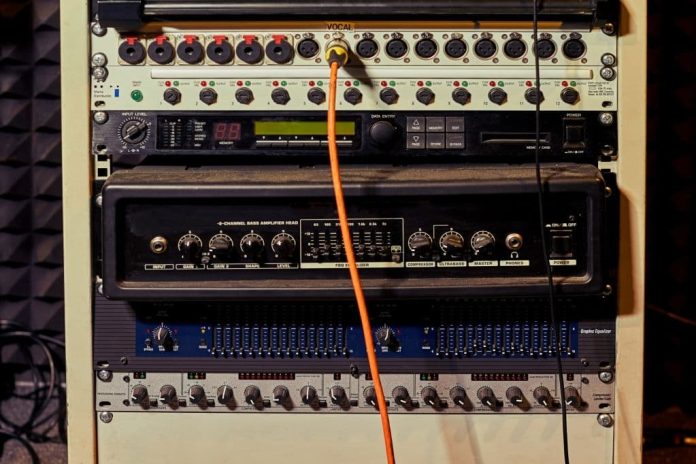 Using compression when dealing with audio can play an incredibly important part in getting a good sound.

The following offers a quick look at some of the basic controls and functions of compressors.

When compressing an audio signal, one typically sets a threshold , which is a certain level above which the equipment will begin to act, and each time the incoming signal goes over the level of the chosen threshold, the compressor will reduce it by the chosen ratio.

In addition to setting the threshold and the ratio, compressors also typically have controls for attack and release times.

The attack time of a compressor signifies how fast it acts to reduce the signal after it exceeds the threshold. If the attack time is set too fast, many of the dynamic sounds and transients (fast, loud sounds) in a signal will be choked off too soon.

If the attack time is too slow, the compressor will allow the transients to completely pass through and exceed the threshold before acting to reduce the signal. This will cause an audible effect where a listener can clearly hear the compressor acting, as the volume of the signal will appear to suddenly “drop” out.

Just as important as the attack time of a compressor, is the release time. This control designates how long the compressor will continue to act on a signal after it initially reduces it, and before bringing it back up to its normal, uncompressed level. It is important to set the release time appropriately, as setting it too fast will cause the level to audibly “drop” back in and setting it too slow will cause subsequent notes to be “choked off” before having the normal level “drop” back in.

It is often important to play it by ear, as setting the attack and release times too fast or too slow will both result in an unnatural sound, ex. the “pumping” or “breathing” sound one gets when the release time is set too fast and one can constantly hear the level of the audio “dropping” in and out.

When used appropriately, good compression can truly bring “warmth” and “fullness” to a mix, and the art of compression is certainly worth spending some time on. For more information on the basics of audio compression, see Understanding Audio Compressors and Audio Compression by Barry Rudolph.