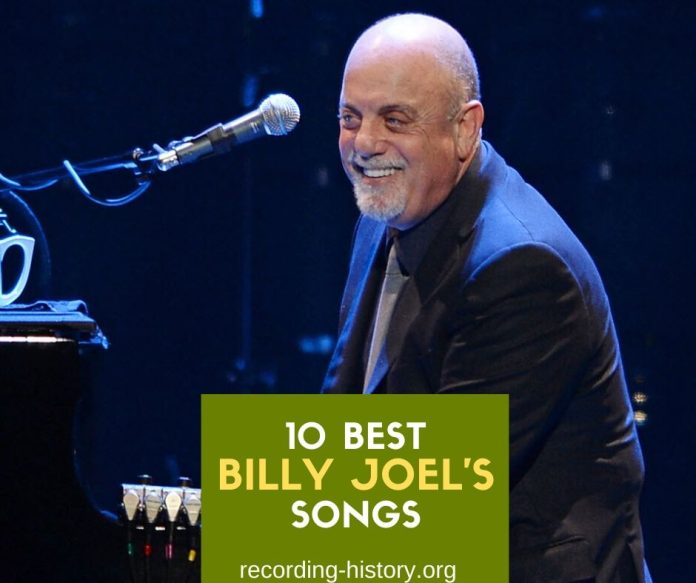 This New York-based singer song-writer never stayed in one place and kept moving from places to places, rebooting his career from time to time. He has albums from rock n’ roll to political from pop with jazz undertones to nostalgic tribute. But his defining time was between 73′ and 83.’

A list of the top 10 songs which have been picked specifically for you, designed to have you going through a wave of emotions.

Nothing like a soulful voice, real live instruments and a perfectly composed piece.

Here’s a link to the performance:

Here’s a link to the performance:

If the internet was as big as it is today in the 90s, this song would have hit the internet.

Here’s a link to his recent performance of it:

5. To Make You Feel My Love

Had it not been for YouTube, a lot of us would have only known of Adele’s version. As great as she is, nothing beats a Billy Joel song.

Depending on which mood you’re in, the lyrics still hit the same.

Here’s a link to the original:

Joel had written this song about Elizabeth, his first wife. He gave it to her as a birthday present as a pure expression of unconditional love. Unfortunately, Joel and Elizabeth divorced in 1982, after nine years of marriage.

Billy Joel made a statement in this song about the “New Wave” sound at the end of the disco era. Joel assumed this new sound was simply a power-pop variant that had been around since the’ 60s. “I like it, but it’s not particularly new,” he said. Here’s a link to the music video:

Not all bad days have to end bad, this song proves it so. Filled with positive words, self-love and comforting lyrics, this song could turn that rainy day into a sunny one.

Here’s a link to a very danger filled video (check out the balancing techniques):

With the melody sampled many times over in today’s pop culture, this performance version of the song just showcases how talented Billy Joel is.

Here’s a link to the winning song of the list:

9. Only The Good Die Young

This song literally fought for its freedom through its composure, vocals and lyrics. After years of accumulating fans for this song, radio stations were faced with nothing but protests for not airing this song.

This link will make you feel like you were born in the wrong era if you’re also a millennial reading this:

After the surge of passion subsides, it is a relationship in which the couple has to trust each other in times of need and be there. The year before this was published, Joel married the actress Christie Brinkley.

In this song, Joel sings about how he can find someone to comfort him with promises, but honesty is far rarer.

This song can almost be called a cappella since It only includes one actual instrument, which is a bass guitar. All the rest is speech, finger snaps and claps. The song is a tribute to the Doo-Wop sounds of the ’50s, which Joel loved.