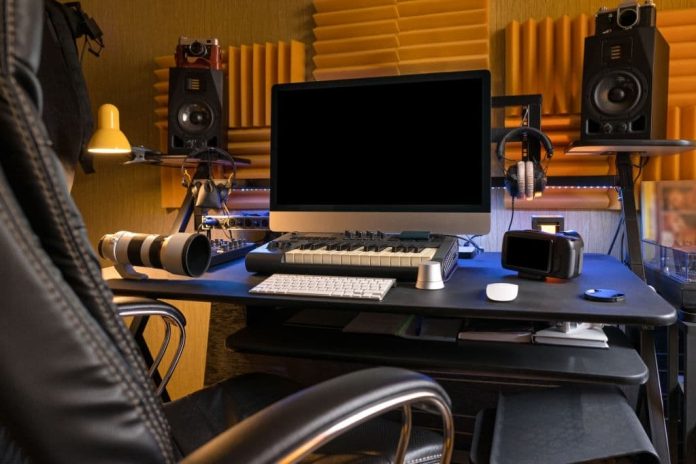 From beginners to pros, everyone wants a home studio for the flexibility it provides. Hop on to read about the basic things that comprise a home studio.

Most people interested in music want to own a recording studio at some point or the other. It’s surprising how very few of them actually end up building one. With the advancements that we have made in terms of audio technology, owning a home studio is easier than ever before

It’s extremely important to know your goal. Is the studio meant to record the local garage bands or will it be used only to record a weekly podcast or maybe just for songwriting purposes? The amount of money to be invested in the gear and software is a function of the purpose of the home studio, how much effort you are willing to put in to learn everything, and the size of the budget.

Some things are common to all studios whether they are as big as Abbey Road or as small as a typical bedroom studio.

This is the device which records, visualizes and plays back the music that is recorded in the form of audio or midi data. Some popular sequencers are Logic Pro, Pro Tools, and Cubase.

The sound card or the audio interface connects the sound source (microphone, guitar, keyboard) to your computer. It converts the audio from analog to digital and back from digital to analog. An audio interface provides different input and output options and is often equipped with one or more pre-amps to enhance the audio signal.

Apart from the usual instruments like guitar, bass or ukulele, the most common instrument is the midi controller. A midi controller is nothing but a keyboard. The difference is that it doesn’t produce any sound of its own. It simply tells the sequencer how and when to play the sound that the user has loaded up in the sequencer. For example, you can load up a piano plug-in in your sequencer and play it with the midi keyboard.

All home studios need plug-ins. From adding reverb to playing piano sounds, all work can be done with the help of plug-ins. The time when you needed individual players for different instruments is gone. Today a melody line can be played and auditioned using different instruments at the click of a mouse. These plug-ins are commonly referred to as soft-synths and are loaded up and triggered from within the sequencer.

It goes without saying that without a workstation the digital studio wouldn’t be complete. The MAC or the PC debate. MACs are stable, but offer no expansion opportunities (except the memory). PCs are easily expandable and cheap, but aren’t as powerful as the MACs. The basic requirement for the computer is a CD/DVD burner, multiple USB/Firewire ports, speakers and lots and lots of free hard drive space and memory. All in all the computer should fit the requirements of your chosen sequencer.

These components together form what is called the DAW or the Digital Audio workstation.