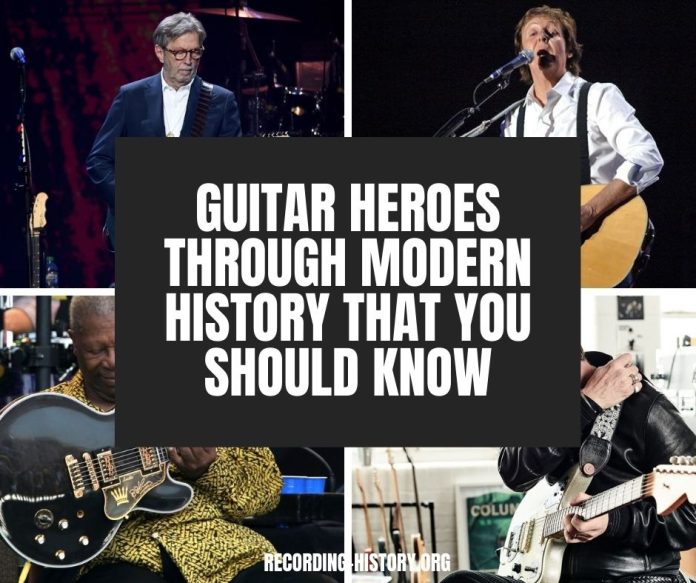 Guitar playing is having something of a comeback right now. Although guitar music has always been popular, it has dipped occasionally when other genres have come into vogue. During acid house, and other moments of popularity for EDM, guitar-based bands have fallen out of fashion.

Now, however, guitar sales are at an all-time high, and it is likely that coronavirus is to be thanked for it. Fender reported that they had a record year for sales. In fact, it was the highest amount of guitar sales in a single year in the company’s history.

It has been said that Generation Z and females are the main purchasers of guitars in recent months. But, whoever is trying to learn the instrument, it shows that a lot of people took up a new hobby during the recent lockdowns.

If you were one of those recent ax purchasers, or if you think you might try your hand with one in the future, or if you just like guitar music, then you might like this rundown of famous guitarists over the years.

The best, the most famous, the richest, and just interesting guitarists ever

The strange thing about some of the most famous guitarists is that not all of them were or are very good. To be an influential guitarist it isn’t always necessary to be the most talented.

Of course, there are also some very talented guitarists, and some of them are listed below. This isn’t supposed to be a definitive list, just some guitarists that any budding musician might be interested in. Some of them have been in the biggest bands in the world, some created a cultural phenomenon, and some burned brightly and then left.

One of the most famous guitarists, Les Paul, left behind a full body of musical work, but also something more. Not only did Gibson compose and release many hit songs, but he was also instrumental in the invention of multi-track recording, and the electric guitar.

Les Paul helped to pioneer the use of the solid-body electric guitar which later inspired the Gibson instrument that was named after him. He also invented multitrack recording back in the 1940s. Clearly not just a legendary guitarist, but so much more. 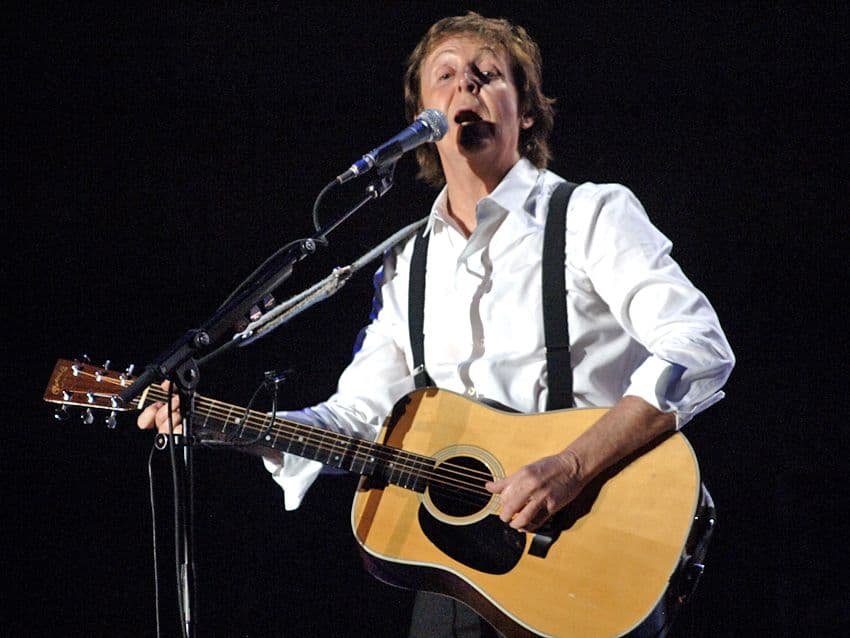 Sir James Paul McCartney may be the most famous guitarist on this list. He is certainly the richest, and it hardly needs to be mentioned was once part of the biggest band on the planet.

Born in 1942, McCartney learned to play the guitar when he was young after his father encouraged him to take up an instrument. He had to restring his first guitar as he was left-handed but persevered and the rest is history.

McCartney met John Lennon in 1957 and they went on to become the most successful writing partnership the world has seen. 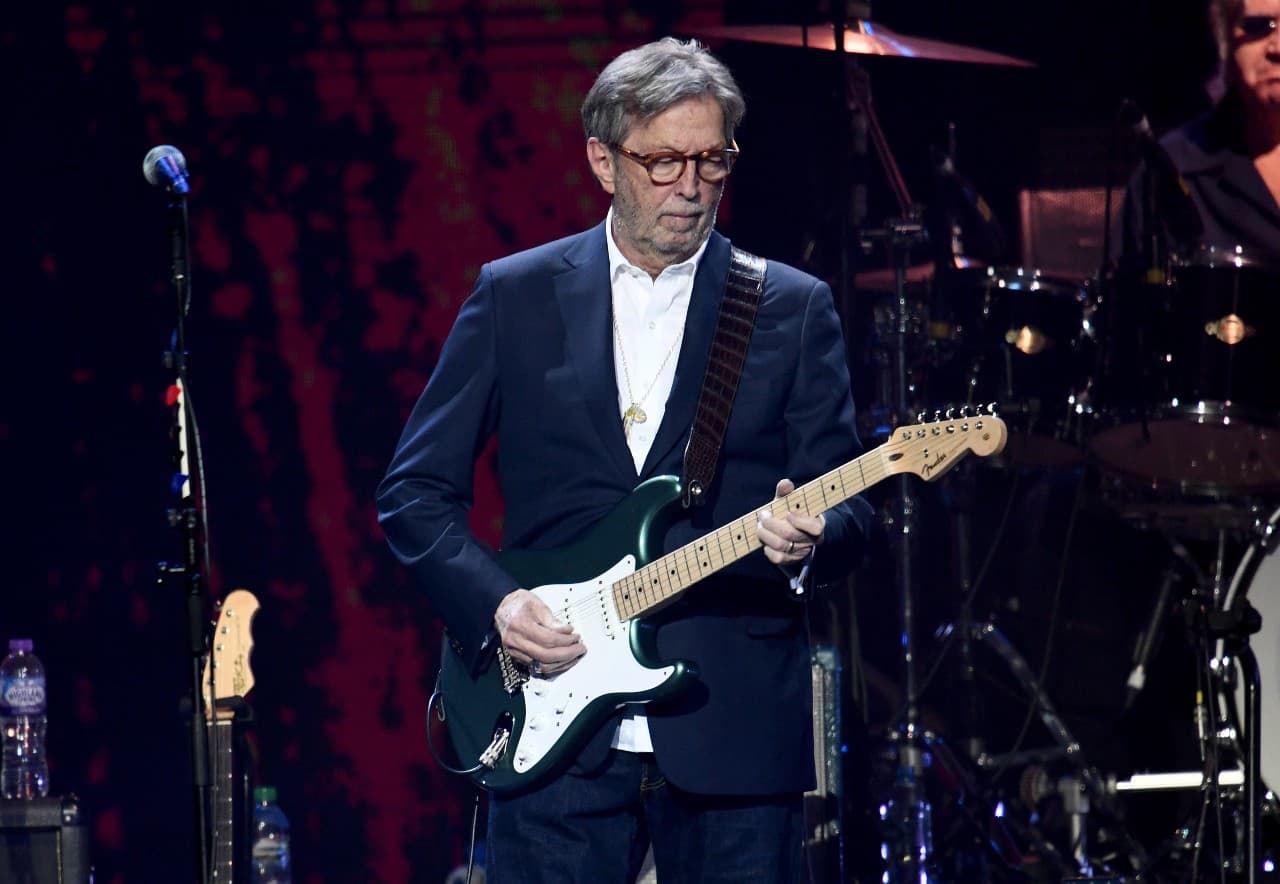 The young Eric Clapton knew he wanted to be a guitarist from a young age. As he was about to become a teenager, he asked for a guitar. And, at that moment, the world nearly didn’t get to hear classics such as Cocaine, and Layla, as the boy found the cheap guitar hard to play.

Three years later Clapton was kicked off of his art course due to his lack of coursework. This was caused by his constant playing of the guitar which dominated all his waking hours. Two years later, Clapton joined the Yardbirds and he was on his way to rock stardom.

Clapton has continued to have a colorful career that has been dogged by drug addiction, the accidental death of his son, and a regrettable moment where he declared his love of Oswald Mosely which led directly to the formation of Rock Against Racism.

However, for all the controversy and problems, Clapton remains one of Britain’s finest blues guitarists. 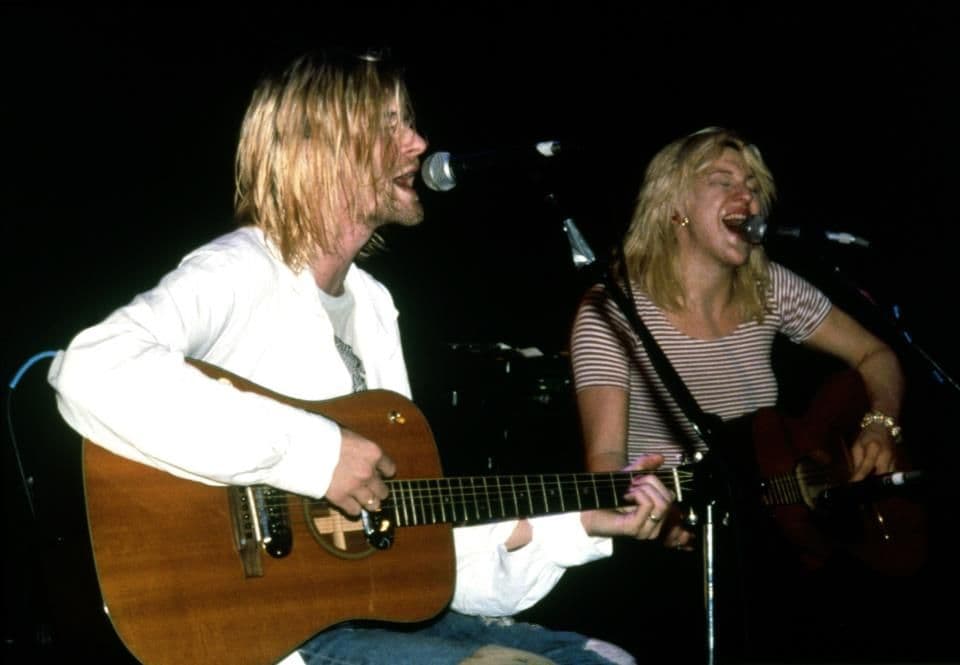 Although these musicians were married they were in separate bands. Cobain was the frontman for grunge legends Nirvana, and Love held the same role in Hole.

Cobain brought grunge music to the top of the charts and helped to pioneer a movement that was as big as punk music. If you are looking for music to help your concentration and focus then this is not it.

The riot grrrl movement took place in the early 1990s, and although Love and Hole were not directly part of it, having her as a strong frontwoman led to indirect associations. Perhaps the most interesting thing about Courtney Hole as a guitarist is that she can barely play. By her own admission, she is currently taking lessons with a view to making a new album.

Similarly, Kurt Cobain was not a renowned guitarist, and some musicians have put down his playing. The reason he is on this list is that like Courtney Love, he brought a huge amount of charisma to his band. He also composed, wrote lyrics, and sang. A complete frontman indeed. 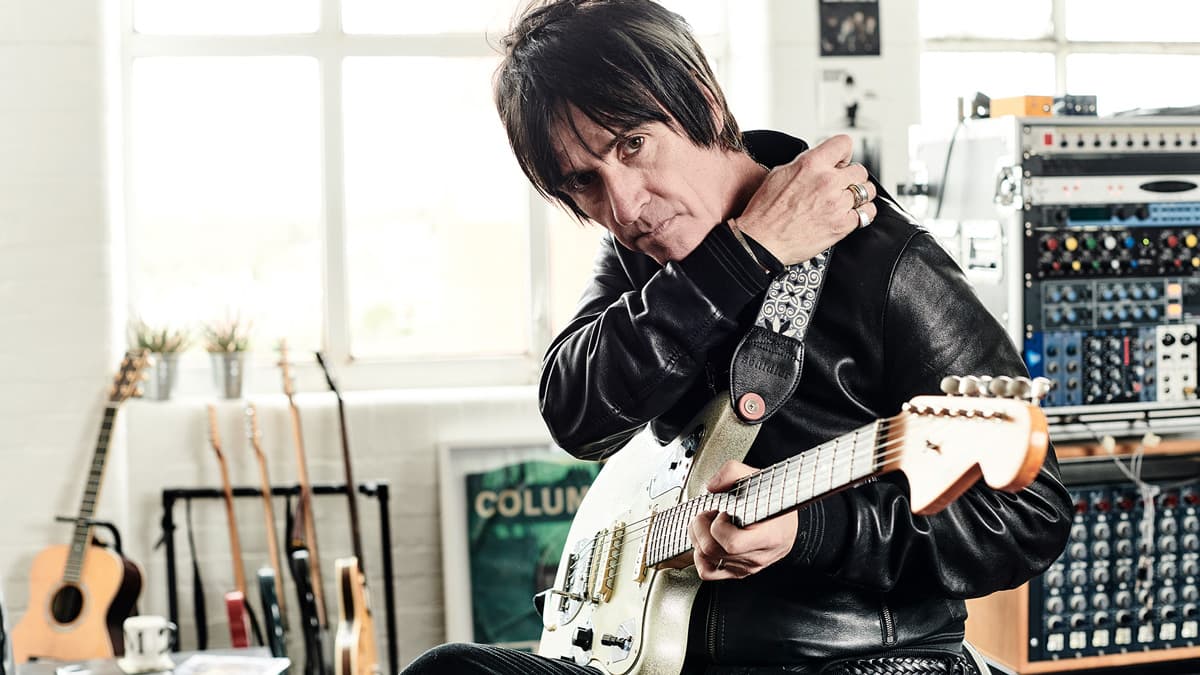 The former The Smith’s guitarist started playing live when he was in his teens. He has since been called a guitar legend by Brandon Flowers as his introduction at Glastonbury, and by many others.

His list of bands includes The Smiths, The The, Modest Mouse, The Cribs, and Electronic with Bernard Summer from New Order. He said the hardest part of learning the guitar was getting the F-chord right. 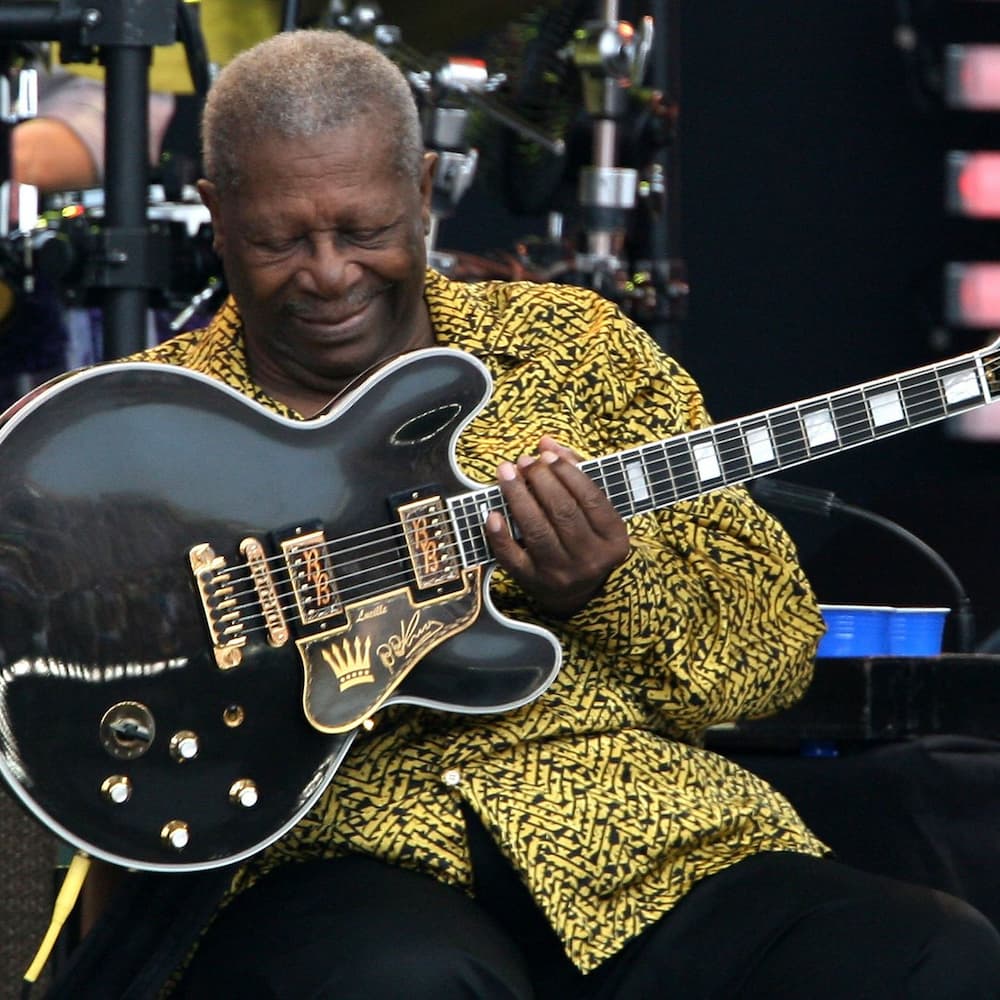 Some guitarists are considered prolific. People mention the number of bands and solo work that have involved guitarists such as Johnny Marr. This pales in comparison when it comes to the sheer work ethic of B.B. King.

In 1940, B.B. King cut his first record and that was the start of decades of touring. Over 3 decades King averaged around 300 shows every single year. However, the year King made his first record was almost his last. While attending a dance one night, a fire broke out. King left the building but realized afterward that his guitar was inside. He rushed back in to grab it before the building collapsed.

The story goes that he then named his guitar Lucille, after the woman who had partly caused the fire.

Learning the guitar your own way

All of these guitarists and others learned in different ways. Kurt Cobain apparently had few lessons, and Paul McCartney started with a teacher but then taught himself. These days, there are many ways to learn chords in guitar for beginners online, or with a professional teacher.

Whether you see yourself as the next Steve Vai, George Harrison, Pete Townshend, or Jimi Hendrix, one thing is for sure, you will need to practice.

Starting to learn with a teacher is advisable as they will teach you the correct way to play, and you will avoid bad habits. Online resources, apps, and YouTube can also help.

These are just a few of the great guitarists who have entertained millions of people over the years. All of them have lived very colorful lives, some short, and some are still making music now. All of them have left a body of work behind that has affected many people. If you were one of the millions who bought a guitar last year, maybe you will be on one of these lists one day.