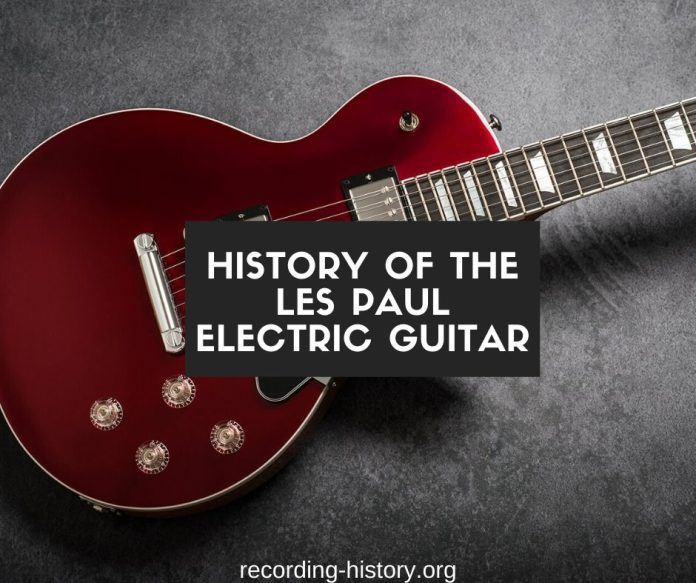 The Les Paul electric guitar has a popularity and style which has endured for over half a century. Find out more about Les Paul himself and his classic guitar.

The Gibson Les Paul has been a staple of guitar sound and style for over fifty years. Its story is one of innovation, passion and perseverance that resulted in the face of music being changed irrevocably.

Born in the summer of 1915, Les Paul was a talented guitarist and songwriter with an innovative streak that would cement his name in the history of jazz and rock music. His musical career was varied and highly successful, performing and recording until shortly before his death in August 2009 following complications arising from a bout of pneumonia.

The electric guitars of the 1930’s did not appeal to the jazz style of Paul and he set about some designs of his own. One resulted in a length of fence post with neck, pick-up and bridge fastened, being attached to the body of an Epiphone hollow body guitar. Crucially this design solved two major problems that had troubled Paul, namely feedback and sustain as the guitar body no longer resonated with the amplified sound and the strings maintained resonance.

After further, some almost fatal, electrical experimentation Paul was sufficiently encouraged to approach the Gibson company in 1940 with his idea for a prototype electric guitar. Their initial response was lukewarm and it was not until 1950 that Gibson accepted with the Gibson Les Paul electric guitar being launched two years later.

The Goldtop was the first model to hit the streets. Distinctive features such as the bound fret board and raised pick guard provided an individual look and feel but continual development over later years truly turned the Gibson Les Paul into the iconic guitar it is today.

Gibson designer Seth Lover patented the hum-bucking pickup which placed two coils next to each other and reduced the hum so prevalent in the single coil guitar. As a consequence, the full, rich, warm sound so associated with the Les Paul was born.

An aesthetic change was also pivotal in the Gibson Les Paul success story when the carved maple tops were coated in a cherry sunburst finish. The result was a stunning, stylish looking guitar which became known as the “Burst”.

The flat topped Les Paul SG emerged in 1963 as an updated version of the Les Paul Standard and as the rock giants of the late 60’s fully embraced its sound and style, the Les Paul’s place in music history was assured.

Many of the guitar greats have chosen the Les Paul at some point in their career. Jimmy Page, Mick Taylor, Peter Green, Pete Townsend and Frank Zappa are but a few examples of the numerous musicians seduced by the distinctive sound and look of an all time classic electric guitar.

Readers may be interested in a related article, Classic Electric Guitars, which explores the sound and design of other guitars including the Fender Stratocaster, Fender Telecaster and Rickenbacker.