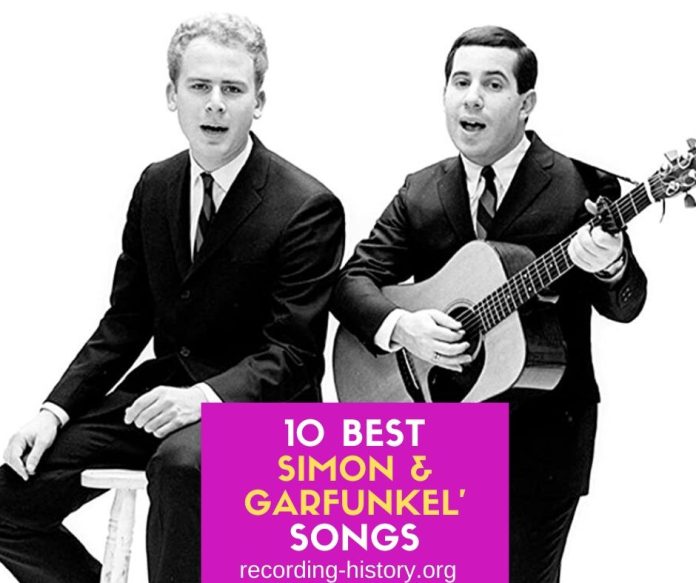 Simon and Garfunkel were a duo consisting of Art Garfunkel and Paul Simon. They were a rock-folk band that went strong around the ’60s. They are mostly known for their tunes like “The Sound of Silence” and “Mrs.Robinson.” Let’s look at their top 10 songs of this magical duo.

“Cecilia” is an amazing song telling us about a man who had a girlfriend but unfortunately he got dumped.

Written by the duo for the “Still Crazy After All” album, this great song is telling us about the time of Art Garfunkel’s childhood.

When our singer Paul Simon was returning from a concert from Wigan. His train got delayed, and he got stuck there. He wrote this song during that time.

#7. For Emily, Whenever I May Find Her

“For Emily, Whenever I May Find Her” is a romantic ballad written by the dua. It’s telling the story of a man who is searching for the love of his life. It was a short and simple song yet very much powerful.

This song is about the time Simon’s girlfriend was moving to America. He felt confused and dissatisfied.

This song was written for a movie. “The Graduate” was about a middle-aged woman who tries and manages to seduce a much younger boy. As you can guess, her name was Mrs.Robinson.

Paul said that this song is about the time when critics were stoning his music. He felt like a boxer.

It is a song about a self-isolation. Through the song, you can feel away from everything and everyone.

This song was written in order to comfort a person. While ıt should’ve been a simple hymn, It became much more through the process.

#1. The Sound Of Silence

The lyrics “Hello darkness my old friend” is a reference to Paul Simon’s youth, where he sat in the dark in order to think. He did this very often at those times. Merging with the idea of personal isolation in modern out gave us this magnificent masterpiece.