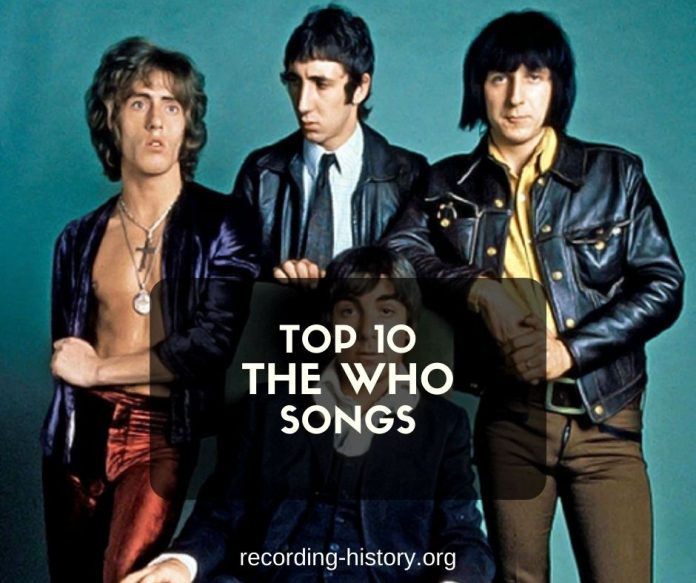 Central figures of the British Invasion, the punk movement of the mid-’60s and the arena rock of the 70s, the Who was an undeniably strong musical force.

A fantastic song by the Who. Perhaps the entire notion of a “magic bus” falls into the brief time of wide-open optimism of pre-Woodstock.

‘Quadrophenia’ was the second rock opera by Townshend, but unlike ‘Tommy,’ some of its songs actually work beyond the big picture narrative.

Ideally, listening to ‘Tommy’ should be in order, uninterrupted and not split in bits like a standard pop LP.’Pinball Wizard’ is the hit single from the record, and sorta stands alone.

Together the final album of the original band is spotty, but the super-heavy title track and lead single contains one of their best group performances of all time.

The last song on ‘Quadrophenia’ — and the story’s cathartic wave of hope — features one of the greatest performances Daltrey has ever played..

The Who’s debut single takes a simple chord progression, feeds it through a lot of distortion, and one of the best garage rock songs of the ’60s comes out the other end.

The first long- concept piece by Townshend, ‘The Who Sell Out,’ produces just a handful of songs which work out of context.

From the looped synths of Townshend in the intro of the song, to the rolling wild man drums of Moon that fail throughout the entire track, to the monumental scream of Daltrey near the end, the epic ‘Won’t Get Fooled Again’ stands as one of the best album closers of all time in rock.

Of course, Townshend was going to live to regret that he’d ever written the mainline of ‘My Generation,’ ‘Hope I die before I get old.’ But no matter — this is a radical call to arms for children raised on rock and roll.

Like other early Who Songs, it is a hymn for different shades of adolescent disillusionment. Here it takes the shape of a teenage wasteland, a bleak, barren place where rock and roll is the only path to salvation. The Who Provides.