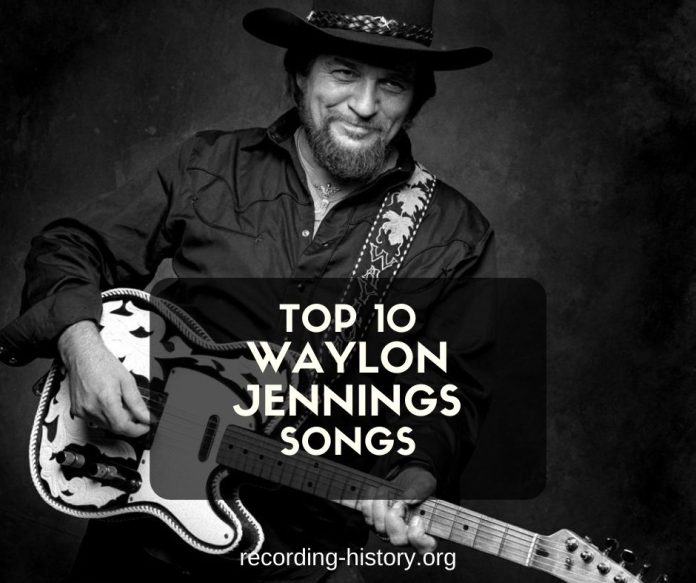 Waylon Arnold Jennings was born on June 15, 1937 and passed away on February 13, 2002. Jennings is a country music icon, he started working in radio in Lubbock then picked up the guitar and thus starting his successful career as a singer, songwriter and musician. Let’s look at this iconic country singer’s top 10 songs.

This song was featured in Jennings’ album for his debut for MCA Records back in 1986.

This song was released in December 1974 featured as the second single from his album The Ramblin’ man. The song reached the number 2 spot on the Billboard Hot Country Singles and Tracks chart.

#8. Theme From The Dukes Of Hazzard

This song was released in August 1980 as the second single in his album Music Man. Fans may recognize this as the theme of CBS comedy television series The Dukes of Hazzard and became the number one hit on the Billboard Hot Country Singles chart in 1980.

This song is the first single from the album Waylon and Willie, making this Jennings’ sixth number one on the country charts.

#6. Only Daddy That’ll Walk The Line

This song was originally made by Jimmy Bryant but was popularized by Jennings back in 1968.

#5. Dreaming My Dreams With You

This song is loved by many and a lot of artists have made revisions of this song, but Jennings’ version will never be topped, this song reached the number 10 spot on the US Billboard Hot Country Songs chart.

This song was Jennings’ fourth number one on the country chart and stayed at the number one spot for a whole week.

This song is the title track for Jennings’ album This Time and was released in April 1974. The song reached the number one spot on both the Canadian country and Billboard charts and this was his first of 14-country number 1 hits.

This song was originally Ray Pennington’s, but Jennings’ version earned him the second number one spot on the country charts and stayed number one for a whole week.

This song portrayed Jennings’ frustration in his life which the fans responded to and earned this song the top spot for both U.S. and Canadian Country Albums.