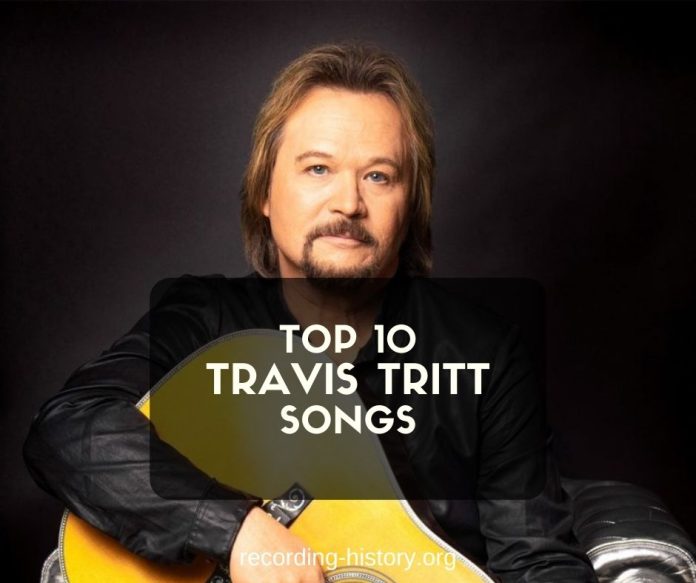 James Travis Tritt, born on February 9, 1963. He is a renowned American Country musician, singer, songwriter, and actor. With hit after hit, Tritt got his ticket to stardom and is still performing to this day, the two-time Grammy Award winner is truly an icon. Let’s look at Tritt’s top 10 songs.

This song was released back in January 1991 from Tritt’s debut album Country Club. Which fans loved as this peaked at number 3 in America and number one in Canada.

This song was released in August 1989 as Tritt’s title track from his debut album of the same name. It peaked at number 22 in Canada and number 9 in America.

This song was released in January 2002 featured in the album Down the Road I Go, and it peaked at number 8.

#6. The Best Of Intentions

This song was released in June 2000 featured in Tritt’s album, Down the Road, I Go. It peaked at number 27 on the US Billboard Hot 100 chart and top of the Billboard Hot Country Singles & Tracks chart.

#5. More Than You’ll Ever Know

This song was released in July 1996, featured in the album The Restless Kind and peaked at number 7 in Canada and number 3 in America. Tritt earned a nomination for the Academy of Country Music Award for Video of the Year for this song.

This song was co-written by Tritt and Jill Colucci and was released in September 1991 featured in his album All About to Change. It peaked at number 1 in both Canada and America.

This song was written by Pat Terry and Tritt, it was released in February 1990 featured in Tritt’s album Country Club earning him the number one spot in both Canada and America, this is his first number-one hit.

This song peaked at number 2 on the Billboard country music charts in the United States and number 4 on Canada’s country singles. Fans and critics alike loved this song, earning it a nomination for a Grammy Award for Best Country Collaboration with Vocals.

This is one of Tritt’s most popular songs, peaking at number 2 in both Canada and America, and to this day when he would play this song during his concerts, his fans would throw quarters on stage.