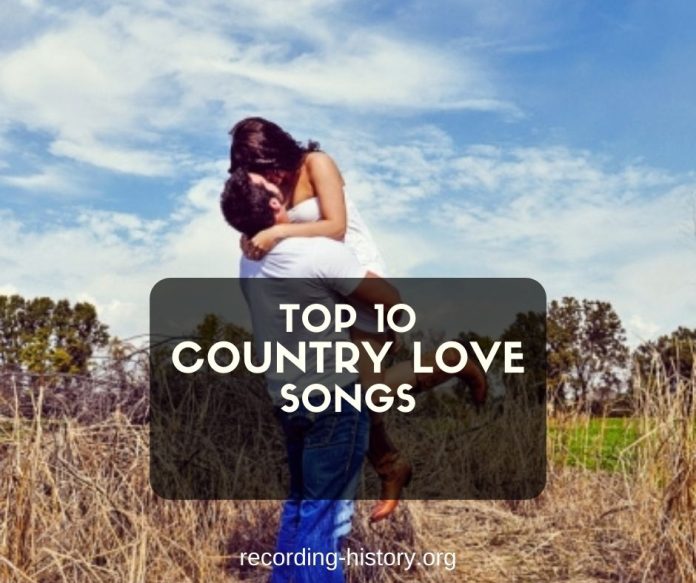 What better way to feel love but through the ways of the country. Country music has had more than its share of short, romantic moments over the course of the genre’s history.

Love songs seem to have helped shape the careers of many of the biggest stars in the genre and may have produced a number of lovebird relationships along the way. We re-entered the history books and picked out ten of the best country love songs in the storied past of the genre.

Black wrote this for his wife and then asked for a favor in exchange — for her to sing harmony on it.

Thirty years ago Rogers took this album to the top of the Adult Contemporary chart. It was an instant classic.

#7. Could I Have This Dance

Lace-up and never take off those dance shoes. This song was the soundtrack for Urban Cowboys and It tells the tale of finding the one person to fill your dance card ‘to the end of time.

This timeless piece which tells us the promise of love until the very end of the world.

“Remember When” brings the Jackson and Denise pair into the future with a vow to keep all memories, positive as well as bad.

Released in 1998 on Valentine’s Day, this single catapulted Twain into a superstardom smash, topping both country and AC charts and earning her two Grammys. Co-writer Mutt Lange may no longer be the one Twain runs to — the couple who married in 1993 and divorced in 2010 — but this song remains one of her favorites.

Raye’s first hit No. 1 is about a grandpa giving his grandson a Grandma’s love letter, written on the day they had decided to elope. At her funeral, the sentimental note falls in a full circle, marking the close of a love story worth writing about at home.

After the birth of their son Jasper, Paisley wrote this for wife Kimberly, to show how his love for her has grown every day.

This song by Randy Travis is an amazing song. Its lively, uptempo melody and universal theme of everlasting love, it enticed non-country fans over to the genre. The timeless classic Travis is our pick for the best enduring love song ever.