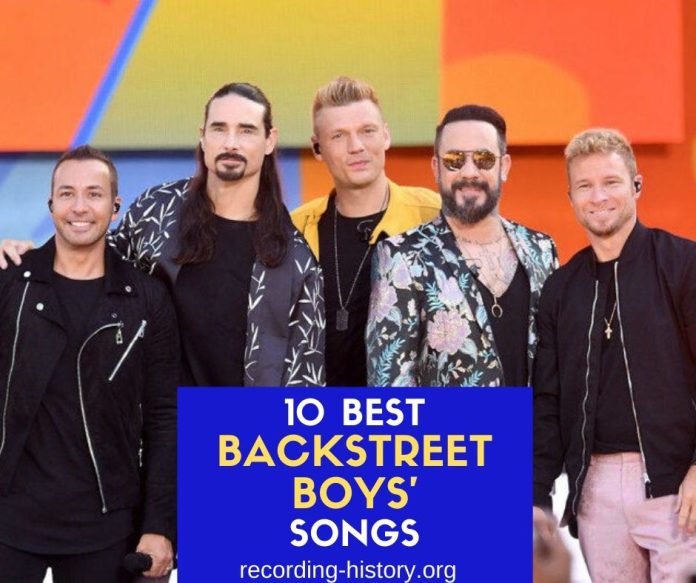 One of the best-selling boy bands of all time, Backstreet Boys, was formed by five friends, Kevin Richardson, Brian Littrell, Howie Dorough, A.J. McLean, and Nick Carter. They made many hits so far since they were discovered by Lou Pearlman. Let’s take a look at their top ten songs!

Despite the song’s nation-wise unpopularity, it hit the charts internationally.

The song was made to celebrate the 25th anniversary of the group.

The song is an easy-listening pop hit that has very romantic lyrics. It is worth singing to your significant one.

Despite being a new song, It was included in the “Greatest Hits” album of the group. It is a quite romantic song with touching lyrics accompanied by piano.

The song was a huge success; however, It had bad timing for the group as they were dealing with personal issues in their lives. The song is not a typical Backstreet boys song; however, it was loved by many.

#5. Show Me The Meaning Of Being Lonely

This sentimental song has a deep meaning of being lonely and dealing with it, and it was also dedicated to a friend of theirs who recently passed.

The song was a huge hit of the time, and even brought a Grammy Award for “Best Pop Performance by a Duo or Group with Vocals.”

The song was a huge hit of the time. It was the first single off their second album; however, it is still so fun to listen to.

This romantic pop hit is a very good one to listen to when you are at the beginning of a relationship. It is one of the signature songs of the band and was also highly coveted by singers from different countries.

The song has passionate lyrics and entertaining music. This backstreet boys hit was also used as a soundtrack of the movie “Drive Me Crazy.” It was also covered and played by different musicians.