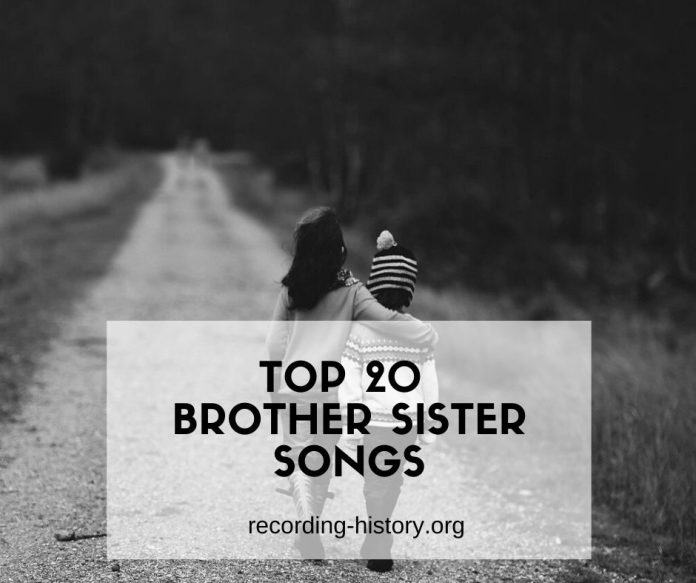 A brother is a woman’s designated protector and guide and a sister is a brother’s refuge for care, love and unwavering support. A brother and sister’s bond is incomparable and goes beyond measure. The best way to express how special this bond is would be through songs that convey this love between a brother and a sister. 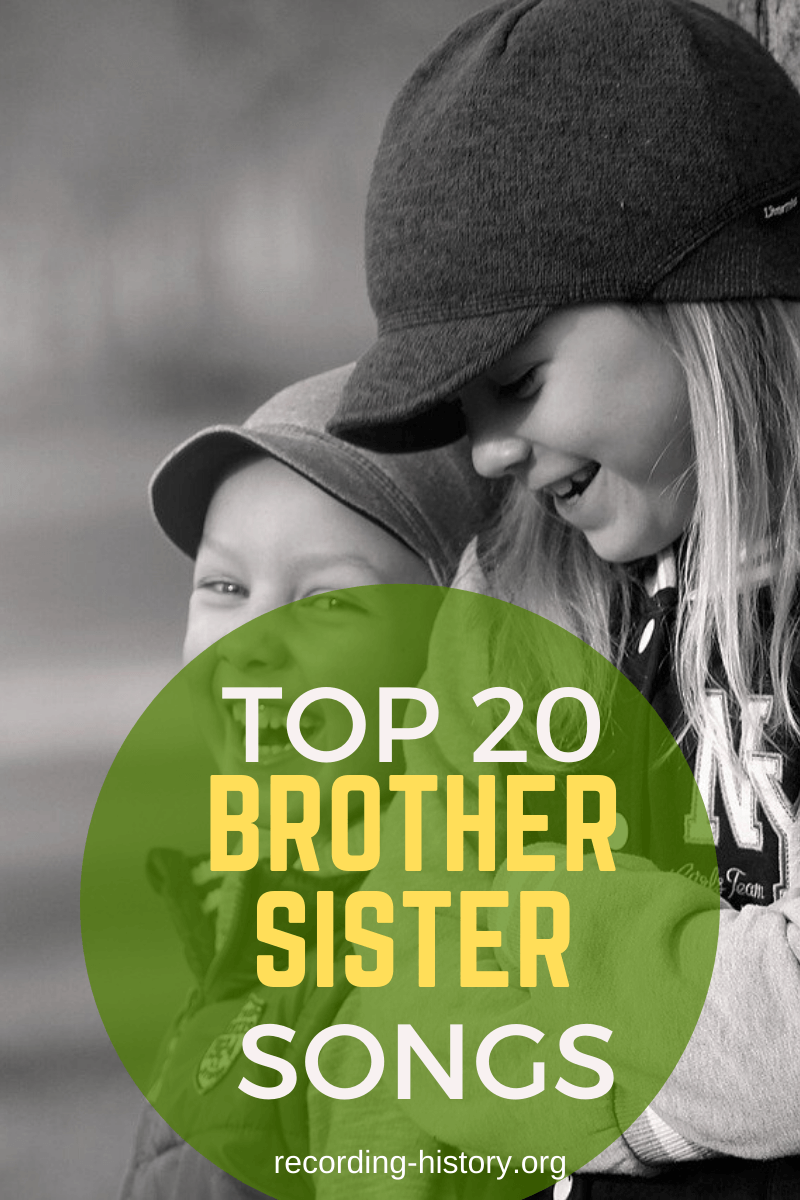 There can be a lot of songs made for sisters and brothers but there are all time ones that really speak of the closeness of brothers and sisters in one song and these are the songs that you will find in this list.

1. We are going to be friends (White Stripes)

This 2001 alternative-indie song is a simple song with many pure childhood memories especially if you and your sister/brother have fond memories riding the bus to school together, climbing the fence with brand new shoes mom bought and walking blues.

2. I learned from you (Miley Cyrus)

This is about a teenage girl finding her strength and adapting in a new environment because she was taught well by an authority figure. While it featured his dad Billy Ray, the lyrics also perfectly fit a big bro or a big sis. This was performed in a Hannah Montana episode in 2006.

This 70s pop song is a trip down memory lane to when a brother and a big sister were still kids with him dreaming to be an astronaut and her wanting to become the first female president. But ultimately, the dream that she wants for them both to fulfill is to remain close to each other.

This pop rock song from one of the most underrated bands of the 80s talks about how time passes and how it changes people, even siblings. This song was written by the group’s lead singer Ray Davies in 1983 for his sister who was then already a grown up and worrying about boys who will court her.

You would not imagine a major rock band singing to cheesy themes like this song that was written for the little sister of the rock band’s lead singer Kelly Keagy in 1984, telling her to never say yes when a guy asks her to go motoring because as a guy, he knows what that means.

This power ballad is deep with emotions enhanced by the heavy piano as instrument. It talks about a brother and a sister all grown up and separated by past differences. He begs his sister Martha to come home because their mom is sick and it is time to call him back after many years.

This beautiful yet melancholic song tells the tale of a man who chose to live far from home to pursue his dreams and ends up talking to his brother and sister in the wind under an orange sky pouring his heart out, thinking of days gone by.

This 2001 folk rock song under the Brushfire Fairytales is a coming of age song of siblings who are two days away from being separated by college. It starts with the usual ride in the truck on morning drive-bys and how he will miss his siblings very much when he already arrived in the city.

This heartwarming 2010 neo-folk song under the album Seven Sisters is a nostalgia song of a soldier at war, missing home, especially his sisters and brother and how the good old days are just now distant memories. But home is them, and all points end to them. It ends with words of love and goodbyes.

This is a song that you can dedicate to anyone you consider your best friend especially your brother or sister. Its line, you make me live, whatever this world can give to me, it’s you you’re all I see, you are my best friend, hits home. It was released in 1975 under the album A Night at the Opera.

This 2007 blues rock song is one for the books. It takes on the perspective of a younger brother who, at the peak of his success misses his sister and the days when they were just kids, building on a childhood kingdom that will never fade. It is endearing, describing his sister’s laugh as a sound that fills his heart up.

This 2017 indie-soul song was written for his brother Mason. It starts with that day he was brought home after his birth thinking that she lost her place in the family but actually gained a best friend. The most touching lines of the song would be, you can follow my footprints but you don’t have to fill my shoes; it’s just a path for you to follow if so you choose.

This 2018 upbeat smash hit song can be dedicated to anyone you needed to leave to be the person you can be but if that means they would be happier, you would do it again. It could be dedicated to a brother or a sister if they are going away to pursue their dreams.

This 2004 R&B soul was featured in The Stephens Family and under the album Get Lifted. It talks about how they could all grow up and change as a people and as a family but the love they have for each other do not need to change.

This may be considered as a sad song but this one is a real shot to the heart. This 1976 indie-rock song is a general dedication to every sister and brother to move past their differences and give each other the rightful affection their parents taught them because at the end of the day, it is them who will help each other.

This 1994 classic rock song is from the perspective of a brother giving his siblings advice that they are wildflowers that must not be tamed so they need to sail on as their heart wishes because they belong somewhere they feel free.

This is a call to action song for co-existence of all people as we are all brothers and sisters. Chris Martin, in this 1999 song, is taking it on to the beat asking all people to unite because this generation is the time of our lives.

This 2011 song under the album These Words Aren’t Meant For Me. It is a coming of age song realizing that his sister is not a little kid anymore and that she will now learn to love, cry and experience the world in her own terms and all he is asking is to leave him that childhood smile.

Originally a children’s song whose lyrics were expanded to reach adult listeners. It is a duet of siblings telling each other how proud he is that she is his sister and him as her brother and that they will always love each other for eternity.

This 1972 classic soul is a go-to brother sister song for all seasons, whenever, wherever, regardless if you are siblings or not. The main lines that hits home would be, you just call on me brother, when you need a hand cause we all need somebody to lean on.

There is always a song that can evoke deep seated emotions for cherished bonds and it goes to show in these brother sister songs of all time. If you ever think of dedicating one to your beloved bro or sis, we hope this list could help.