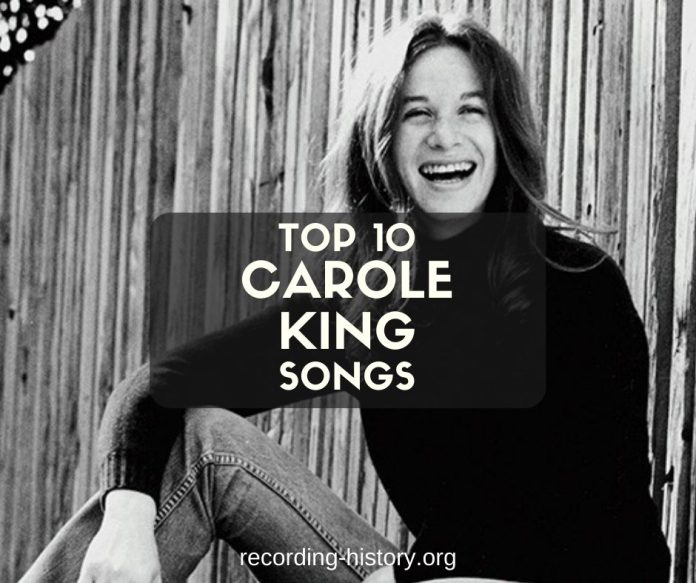 One of the underappreciated and unknown songs of Carole. It is an amazing song that will win you over easily, and the topping of the cake is that Eric Clapton is on the guitars.

This song was written by Gerry Goffin and King in ’62. It was one of the great dance craze songs of the ‘60s.

It is an amazing calming song full of joyful harmonies by Carole King. A perfect soul piece.

This sad piece was written by Carole King and released by Maxine Brown in ’64. It reached number twenty-four on Billboard charts. Son was covered by many artists throughout time, including Carole herself.

After the great success of “Tapestry,” It would be very hard to reach the same heights. In ’74, King made It again with her new album “Wrap Around Joy,” and Jazzman was one of the hit singles from that album.

Carole King’s “Tapestry” album was mostly covers of many legendary hits, but “It’s Too Late” was a new song that Carole wrote. It was released as a single and one of the greatest hits of Carole.

This is an all-time classic in the Pop genre. The “Drifters’” version was also loved by many as much as Carole King’s.

#3. Will You Love Me Tomorrow?

Carole King wrote this song, and It was first recorded by “The Shirelles” in ’60. It became a number one hit. After Its release, this song was covered by dozens of artists.

This great tune is about being there to help other people in need and being a friend to them. It is a ballad about how the bond of friendship can be as strong as a family bond.

Originally made by Aretha Franklin, this amazing song was covered by Carole King. What will you have if you pair a perfect song with one of the greatest R&B singers of all time? – An all-time hit.