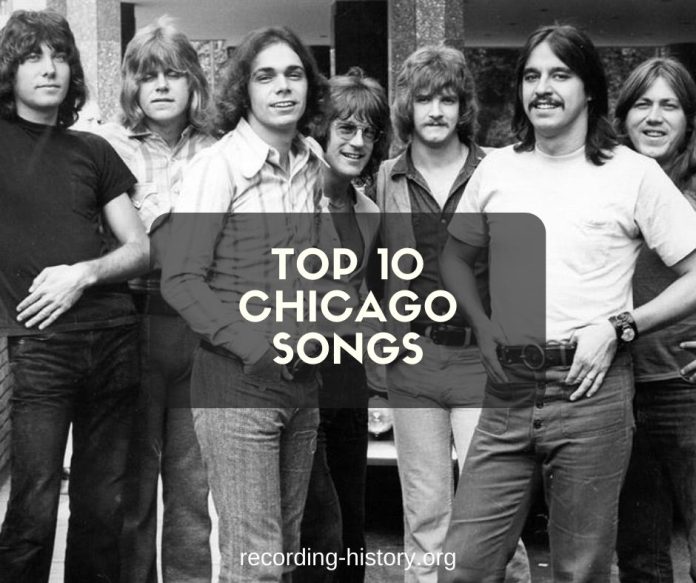 Before the rock and roll band formed as Chicago, they were called The Big Thing, and they were making covers of popular songs.

They had an interesting style for naming their albums as they named every album of theirs with roman numbers (Such as Chicago I, Chicago III) besides their second album, which was simply named: Chicago. Let’s take a look at their top ten hits!

The rock song is about an unanswered love that feels like chasin’ the wind at the end of the day when something never begins. There can’t be an end.

The song is a touching yet emotive song that is mentioning someone who feels alone, but the group says you are not alone!

It is one of the band’s biggest hits co-written by Terry Kath and Robert Lamm. The song brought the band a Grammy award for “Best Pop Vocal Performance By a Duo, Group Or Chorus.”

The song is about asking a woman to stay for a passionate night, which has fiery lyrics. At the music video, we see a woman rejecting the band member while driving her car away.

#6. I Don’t Wanna Live Without Your Love

The song was recorded for the album, Chicago IX. It is about the feelings after a break-up that the writer feels absent without her love.

The song directly hit the charts of the time. It was also covered by the Jazz group Urban nights. It also became a special wedding song with romantic lyrics.

The song tells us a story about a woman and a man who remained friends when they break-up, however, when she had another person in her life it became hard for him as the song refers: Don’t look at me, I don’t want you to see me this way.

Peter Catera and producer David Foster co-wrote the song. It won an ASCAP Pop Music Award for “Most Performed Songs.” This soft-rock song became a hit of the time. There are ups and downs in every relationship. This song is about these downtimes.

The song is a celebration of finding the right person who became an inspiration. It is mentioning a big love that meant to be forever. It was one of the biggest hits of the ’80s and ’90s.