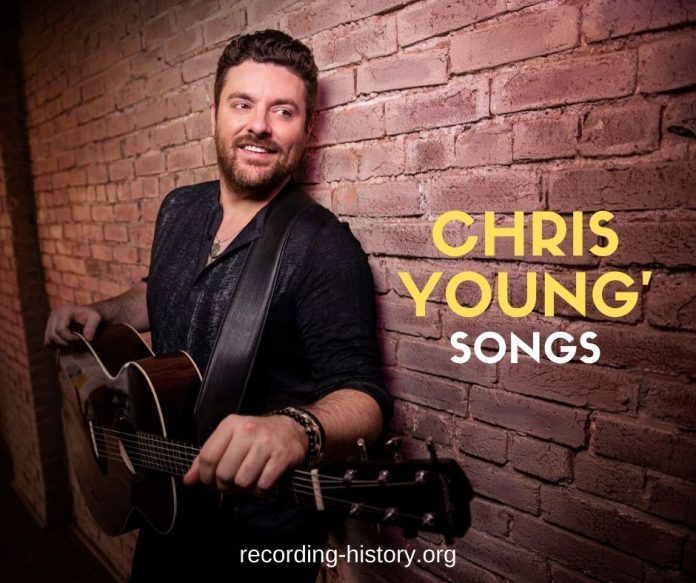 Season 4 winner of the program Nashville Star, Chris Young, started to appear in many country music videos at a young age. His grandfather was also a country singer, and thanks to good genes, Young produced many country hits during his career. Let’s take a look at his top ten hits!

The country song became a real hit and got much support from country music authorities. The song is about all colors of the rainbow and the neon one!

This sexy, love song is a little bit out of the genre; country; however, it is a very good one from Young and definitely worth listening to.


The song was co-written by Young. It is a very nice love song from Young, which mentioned that no one else makes him feel the way she does.


The song is about Young falling in love with a woman that he met in the bar, and he got so attracted to her that whatever she does makes him hangin’.

The song is about a man who regrets the things that he has done to his partner and begging for another chance to be a better man.


The song is a duet with Cassadee Pope. The song is about the break up of a couple who were a great couple once.


The song was co-written by Young which got a lot of attention from his fans that he re-launched the song with their messages for their beloved once.

The song is a real country hit that reflects the South feeling very well.  It was co-written by Young, Ashley Gorley, and Chris DeStefano.


This country hit is about a black dress that his date wore, makes him feel like getting her home. It is one of the sexiest songs that Young ever did!

This touching song was about the doubts that he had when he was having a break up from a problematic relationship and thinking about spending one last night with his lover. The song also got many good reviews from music authorities.