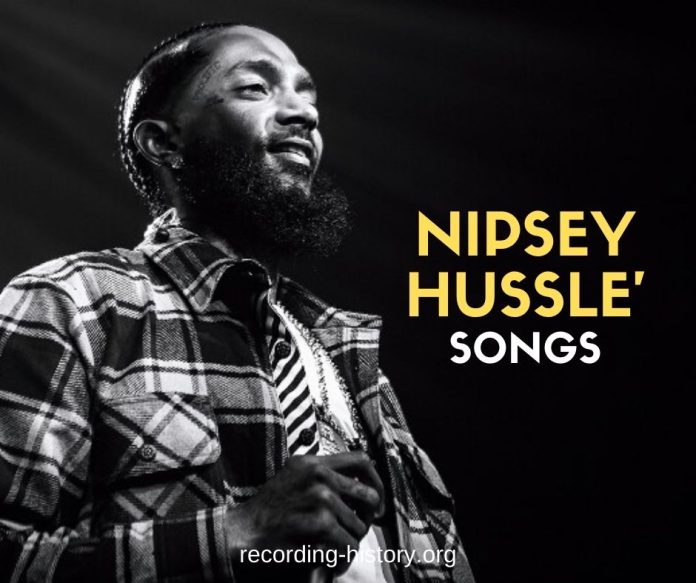 Ermias Davidson Asghedom, aka Nipsey Hussle, is a rap/hip hop singer and songwriter from LA. He appeared on the streets of LA widening his reputation with underground mixtapes. He became a loved rapper and a perfect figure for the community. He was nominated for Grammy in 2018 and unfortunately, was murdered at the peak of his career. Let’s take a look at his top 10 songs.

One of the greatest moves in rap history and a great statement from Nipsey.

Made by the rapper YG featuring Nipsey Hustle, this song’s title is very self-explanatory. It is a political statement none the less.

Collaborating with legends like Z-Ro and Slim Thug Nipsey made this tune, and It is an expertly crafted piece of music.

This song is sounding a bit different than a usual Hussle tune. But It is a great tune created with Nip’s favorite producers.

Keys to the City has a great groove, and It is an ode to the city that made Nipsey.

This song was released following 2009, and It is a song that hardcore fans of beloved Nipsey Hustle will always remember. This hidden gem also featured Drake. He was an oncoming artist at the time.

Crenshaw and Slauson is a three-part saga. In this song, we see that Nipsey Hussle’s way of storytelling has evolved into an art style.

Racks In The Middle is this great rapper’s last single. It doesn’t very much like the original sound of our beloved musician but a great tune anyway. Also on another plus side, It is more radio-friendly.

Hustle In The House is a great tune and one of the first singles that reached beyond the streets of LA.

Blue Laces is one of the first songs Nipsey released, and the song is telling us about the street life Nipsey Hussle had. It has a very real tone to It, and some lyrics make you question your humanity. Keep It Real.