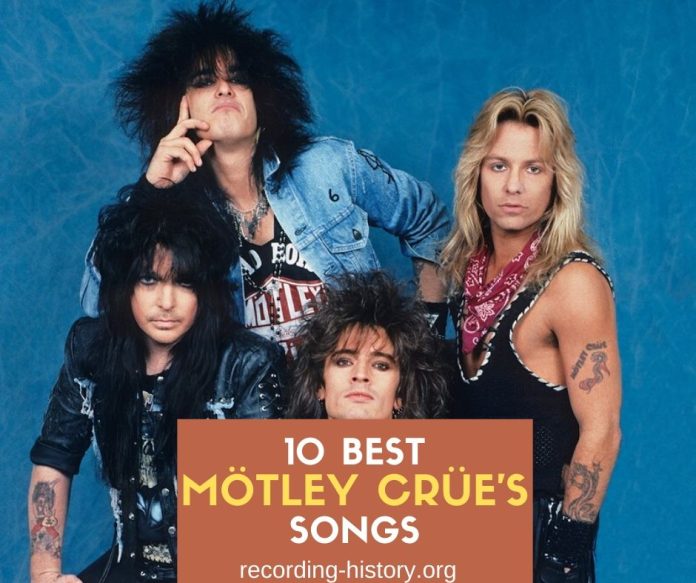 This California based glam metal band has rocked our world since ’81. Their albums sold around 80 million worldwide. With their high ups and low downs Mötley Crüe is one of the most renowned bands in the world.

A song telling us the touching story of a boy meeting a girl who meets another girl.In the end two girls were destined to be together.

Primal Scream was recorded for the album “Decade of Decadence” which is a Greatest Hits album for between 81-91.

This is the song which rocked the glam scene in L.A. around ‘80s. With a heavy and aggressive riff “Looks That Kill” makes into our number eight on the list.

This is the first track on Mötley’s debut album “Too Fast for Love” which is an independent album.

Band’s one of the most complex songs. Very good lyrics and very good music. It changes signatures many times yet It still feels like heavy metal throughout the song.

One of the most rebellious songs ever. It might even be responsible for starting the hair metal genre.

This song from the album with the same name was released in ’89. It was the leading single of the album and I must add It is one of the most successful songs. It reached  #6 on the Billboard chart for top 100 in ’89.

This was the song that identified Mötley Crüe for we all know what kind of degenerate drug abusing playboy/boy band of a musical talent this band is. And we all love them for It.

Released on ’85. This ballad got popular with the music video’s release and was played on MTV all the time.

From their firsthand memories on drugs; this piece comes from experience for Sixx had overdosed on heroin and declared dead before getting a shot of adrenaline through the heart.