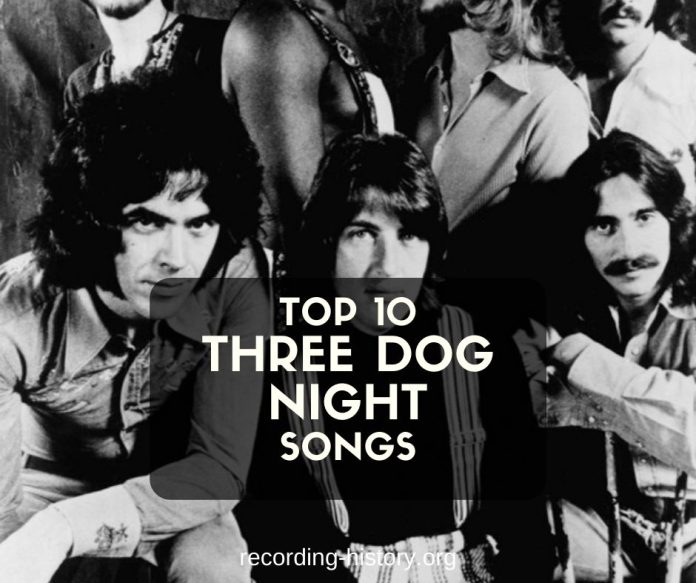 Three Dog Night was one of the most successful rock bands during the 1960s to the 1970s era. Formed in 1967 composed Cory Wells, Danny Hutton, and Chuck Negron.

Releasing hit singles after singles converted into fame and fortune becoming one of the most iconic bands of all time. Let’s look at the Top 10 three dog night songs.

Originally from a rock musical called Hair, the band’s version of this song peaked at number 4 on the Billboard Hot 100 chart and ranked overall as number 33 on the Billboard’s Hot 100 songs of 1969.

Originally composed by Laura Nyro, the band’s remake of this classic earned them the number 10 spot on the Billboard Hot 100 chart back in 1969.

#8. Until The World Ends

Written by Dave Loggins and performed by the band featured in their album Coming Down Your Way, back in 1975. Popular amongst fans across Canada and the US earned this song top spots in the adult contemporary charts.

Written by Randy Newman, the band’s version of this song back in 1970 topped the US pop singles chart.

Featured in their album It Ain’t Easy which fans across the world loved earned this song top spots in the music charts in countries such as Canada and the US.

This song earned the band a gold certification selling more than hundreds of thousands of sales and reached the number 3 spot on the US Billboard Hot 100 chart.

Another cover made by the band featured in their album Naturally earned them spots in the top 10 in renowned music charts in the US and Canada back in 1971.

Originally Harry Nilsson’s song, the band popularized this song earning their remake in the number 5 spot on the US Billboard Hot 100 chart back in 1969.

This iconic song helped the band top the singles charts across the US and certified gold by the US RIAA.