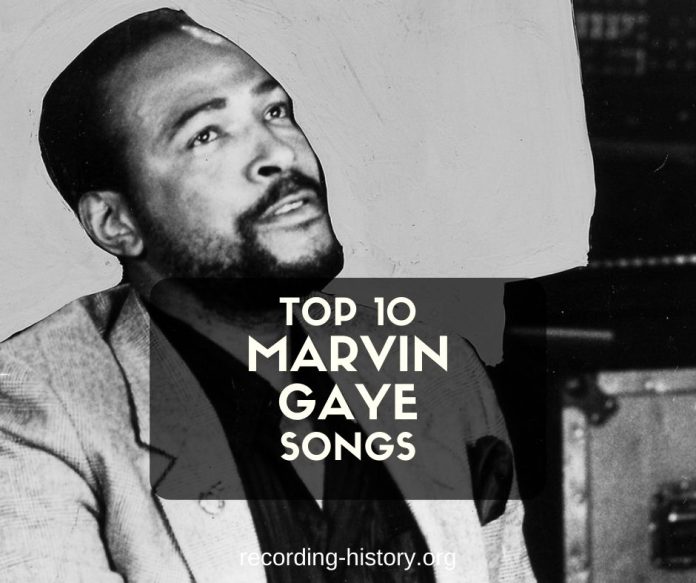 This Grammy Lifetime Achievement Award winner was an American songwriter, singer, and record producer. Born as Marvin Pentz Gay Jr. later changed his name to Marvin Gaye was born on April 2, 1939 and passed away on April 1, 1984.

Known as the Prince of Soul and Prince of Motown this superstar touched the hearts of many with his musically and lyrically inclined songs, let’s look at Gaye’s top 10 songs.

This song is composed by Tammi Terrell and Gaye, a classic love song adored by fans around the world.

This song was released in 1977, this song earned the top spots of 3 different Billboard charts category and was a massive success worldwide.

One of Gaye’s most popular singles during his Motown period earned this song the top spot of the US Billboard Hot R&B songs.

Depicting his struggles in life, this song fans felt his compassion, and they reciprocated it back.

This song portrayed the hardships of inner-city America and the effects these have on its residents. Fans responded and got this song at the top of the US Billboard Hot R&B Singles chart.

Originally composed by the Isley Brothers, Gaye popularized this song by releasing his version in 1969.

This song sold over 2 million copies and topped the US Hot Soul Singles chart and stayed on the spot for 5 weeks, making this his second most successful song during his Motown period.

This song became Gaye’s most successful single during his Motown period. Because of its sexually explicit content, this paves the way for his reputation as a sex symbol during his time, earning this record a platinum certification by the RIAA.

This song won the category of Best R&B Instrumental Performance in the 24th Grammy Awards back in 1982.

#1. There Ain’t No Mountain High Enough

This song was popularized by the iconic duo Tammi Terrell and Gaye and their version made its way to the Grammy Hall of Fame back in 1999. Truly an iconic song, loved by all.