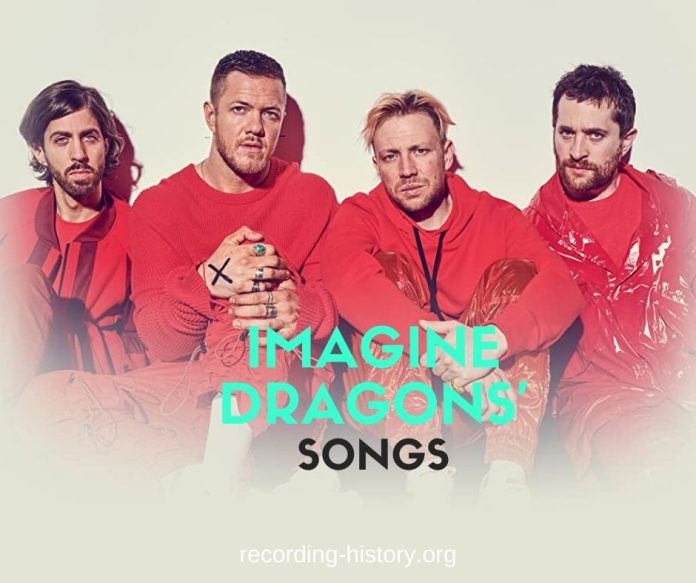 They came like lightning and struck us all with their thunder. Imagine Dragons’ second single “Radioactive” had a slow climb on the Hot 100 but stuck around for 87 weeks, overtaking Jason Mraz’s “I’m Yours” longevity record of 76 weeks on the chart. Also Night Visions was the most streamed album in 2013 in the States on the Spotify subscription service. Let’s check the top 10 songs of this phenomenal force.

The song is about the relationship Reynolds has had with his parents throughout his life.He says It was hard sometimes but they are still holding on to that connection.

Reynolds and Volkman wrote this vulnerable rock ballad about their frayed relationship before their separation.

The song was chosen as the anthem for 2018’s ESPN college football season. Interscope’s vigorous pursuit of synchronization licenses for Imagine Dragons recordings have included appearances in commercials for Jeep, Microsoft, and Nintendo’s Switch console, as well as numerous movie trailers and TV shows.

This single is the first ever single they released from their first EP. They were a band of four and after some struggling they made a deal with a producer and released this song as part of their EP.

This ode to ambition finds itself showing  Dan Reynolds efforts to be best.

Imagine Dragons linked up with Alex Da Kid for this track, one of four Night Vision cuts that he contributed towards.

The Las Vegas Rock band opened their debut album, Night Visions, starting with this  tune. And the subject is accepting change.

Imagine Dragons frontman Dan Reynolds has dealt with depression along with Adhd, anxiety issues and a chronic inflammatory disorder called ankylosing spondylitis throughout his life. He sings about coping with his personal problems for the first single from the band’s third album. On January 31, 2017, the track was released.

Thunder “ thum,thum,thum” ! Here, Dan Reynolds sings about his dreams as a kid. He recalls being laughed at by his classmates for such ambitions, but in the second verse, the Dragons frontman flips the script on those who mocked him.

“Now I’m smiling from the stage

While you were clapping in the nose bleeds”