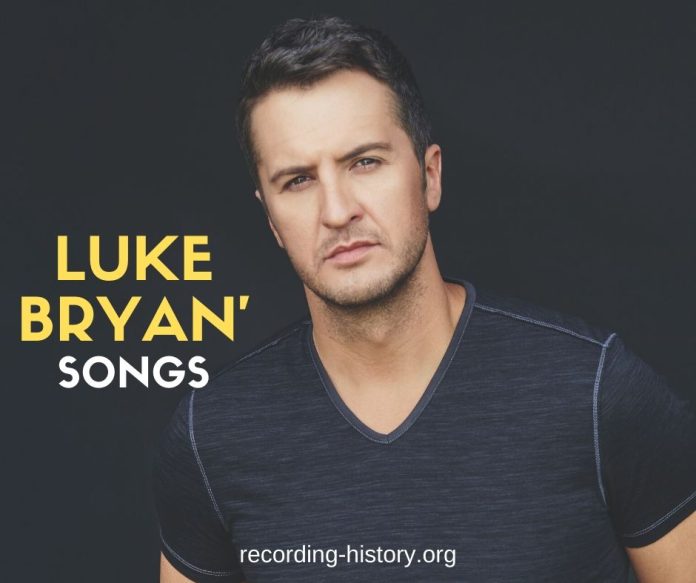 He is a musician inspired by his country. He grew up in Georgia where his family was in the peanut and fertilizer business. He spent his youth helping his family farm. In those times he loved Country music. In 2001 he moved to Nashville where he started his career.

“Most People Are Good” is Bryan’s new single, but it has already become one of his career’s many successful tracks.

Many people called this a modern-day “For The Good Times.” While one might look at this description and laugh a little bit, there were certainly many parallels between the Kristofferson classic and Shane McAnally, Jeff Stevens, and Bryan’s latest creation.

With this vibrant 2007 hit over a man who had just undergone a break-up, Bryan kicked off his career and tried to drink away all the sorrow.

This first single on Bryan’s second album is a collaboration with Lady Antebellum. Bryan co-wrote the song with Dave Haywood and Charles Kelley, and Hillary Scott performs backup vocals on the record.

Bryan’s 2013 album’s title track was another major success for a man who had finally found his groove by that time.

This track— which spent a week at the top in February 2012— has ever since been a staple of Bryan’s live shows— and will probably still be, as the title sums up how his fans feel during his performances.

Excitement generator from the first note to the end. The music-loving track was released in 2014 and was the fourth single from Luke’s Smash My Party album, produced by Dallas Davidson and Ashley Gorely. The mid-tempo song release has earned Luke its 8th No. 1 single.

The third single from Bryan’s album Tailgates and Tanlines only proves his best moments are coming at the moment. At first sight, few can characterize love quite as this singer does, and as he does in his 2012 irresistible album.

“Country Girl” is one of Luke Bryan’s most significant and captivating tracks. His career got great success after this Top 5 hit peaked. Performances at the CMT Music Awards and other regional festivals captured the attention of those who didn’t already realize that this side of Las Vegas has one of the best male shakes.

With the aid of Chris Stapleton (who co-wrote the song with Jim Beavers) on harmony vocals, Bryan recorded this mournful eulogy for a friend or relative who died too young