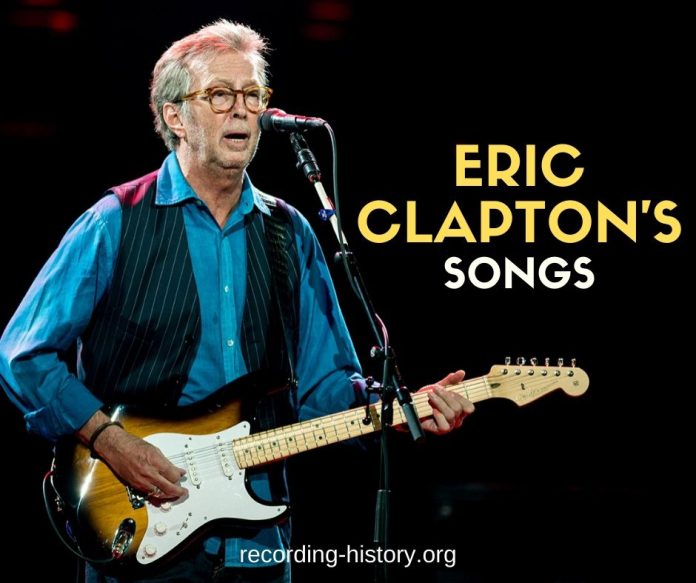 He was born in ’45 in England. Surrey was his hometown. Before his solo career, he was an unreplaceable member of the band “The Yardbirds and Cream. He is one of the greatest rock and roll guitarists of all time. We know him for his amazing tunes like “Crossroads” and “Layla.” Let’s find out his top 10 songs.

One day Clapton came up with a riff,  a very good guitar riff, and then he wrote the song based on that. It was originally named “The Riff” then “Burning Hot Core,” and finally, It became “The Core.”

The song “White Room” is about Pete Brown’s relationship at the time and how it affected him.

This particular  song was a Clapton and Cray collaboration. One of the great blues tunes ever recorded.

We all know the legend of Robert Johnson and the CrossRoads blues where he waited on the crossroads to make a deal with the devil.

“Cocaine” is made by J.J. Cale in 76, but nobody knew this version. In 77 Eric Clapton made a cover, and ultimately it was known all throughout the world. It was added to his album “Slowhand” in 1980.

This is a very romantic song written for Pattie Boyd in ’76. Eric Clapton was waiting for Pattie to get ready because they were going to go to Paul McCartney’s party. He started writing this song while waiting for her.

“Tears in Heaven” is a very remorseful song. It is about Eric Clapton’s son. His name was Conor, and unfortunately, he fell from the 53rd floor and died in ’91.

Bell Bottom Blues was released on the album “Layla.” Bell Bottoms are a kind of pants that were very popular around the ’60s. Very tight in the top but loose on the bottom.

One of the greatest samples of blues and classic rock. The legendary song Layla is one of the catchiest tunes ever recorded.