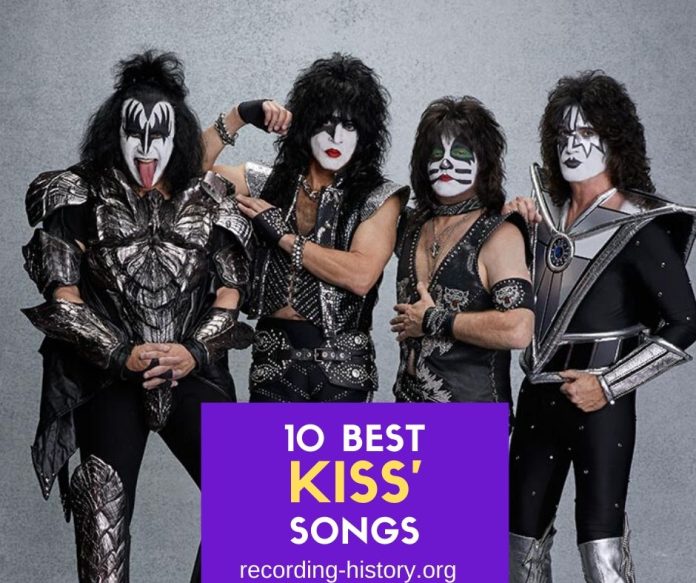 Formed In ’74 , this band was one of the greatest rock bands in history. The band was known for their unique clothing style and stage make-up. Let’s take a look at the top 10 songs of the legendary band.

The song is a romantic song about apologizing to a lover.

The song was written by lead vocalist and guitarist Paul Stanley. It is a song about heart-breaking feelings in a relationship.

The song is about feeling heartache, and there is a woman for a reason behind it.

The song was co-written by the band’s vocalist and guitarist Frehley. The song quickly became a hit of the time. The song is from the album with the same name, and the band had a tour called: Psycho Circus Tour.

The rock hit has appeared in several movies and TV shows. It was also played in Super Bowl 1999 and closing ceremonies of winter Olympic games from Salt lake city. After the song was released, it quickly became a popular hit of the time, and it still keeps its popularity.

The music video of this song is the first time that Kiss appeared without make-up. The song also featured in many TV shows, including The Sopranos.

This heavy metal, the fiery song, was released in 1982 from the album Creatures of the Night.

The song was written by Paul Stanley and Desmond Child and was covered by a Swedish group, Star. This is a song with lyrics on fire.

This hard-rock, glam-metal song was co-written by Stanley. The song has very passionate lyrics. It is about the love that he feels towards a woman.

It won’t be wrong to claim that even the people who don’t listen to Kiss can sing this song with all the lyrics. This disco hit was written by Stanley, Child, and Vini Poncia.