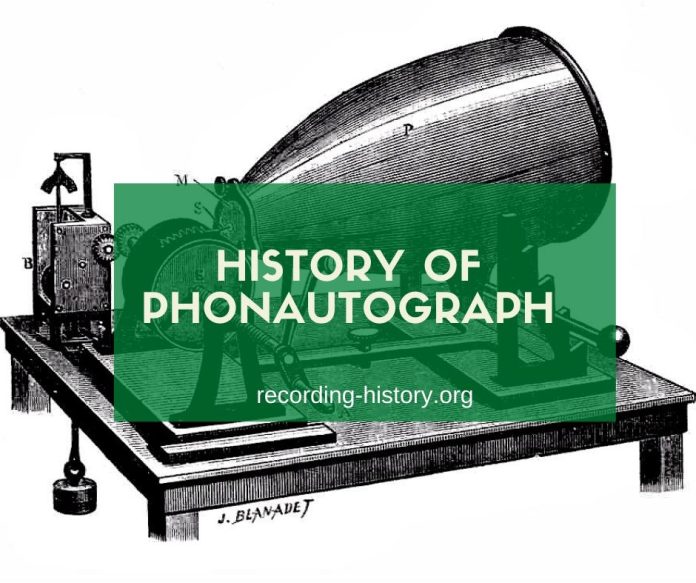 To begin our trip down memory lane with the history of the phonautograph, let us start with some facts about it.

When was the phonautograph invented? 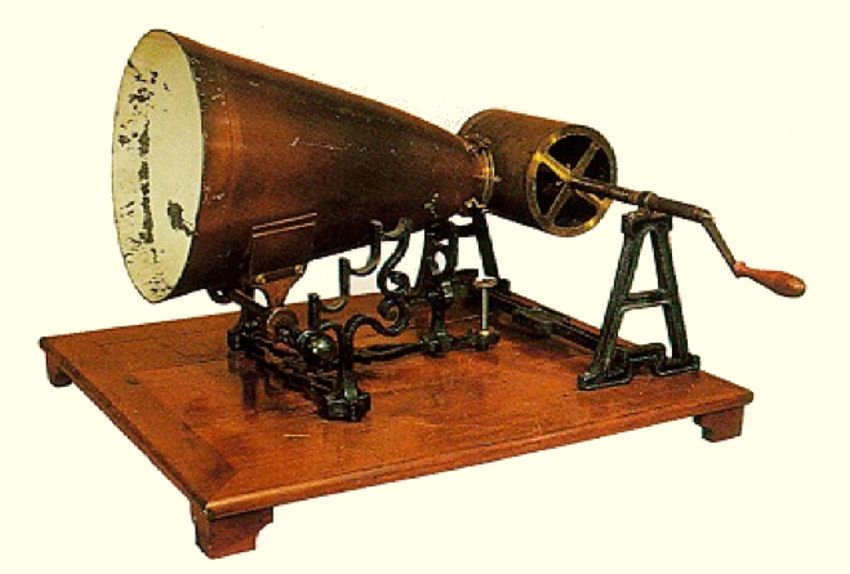 The phonautograph was finalized in 1857 after three years of thorough research on humans’ anatomy and their capacity to produce and reproduce sound.

The gramophone would only be invented 30 years later, making the year 1857 and the device called as phonautograph as the first ever sound producing device made. It is basically what started up everything and is considered as the prototype of all personal, portable sound devices that we know today.

Who invented the phonautograph?

The inventor of the phonautograph is a French bookseller whose name is Edouard-Leon Scott de Martinville.

The invention began in the year 1853 with his newfound fascination in upgrading book experience by transcribing vocal sounds for better comprehension. So when he came across some physics book that talked about how the auditory system worked, he replicated it through a prototype mechanical device with a stylus that could be pressed in wood, glass or paper surfaces.

He sent it to the French Academy in 1857 and on that same year got the patent for it. He named it the phonautograph.

How did the phonautograph work?

With the help of his friend, Rudolph Koenig, de Martinville collected sound from the phonautograph by attaching the horn to the device’s diaphragm which in today’s turntables would equate to the platter and the phono pre-amp.

The vibrations that the horn and diaphragm produce will trigger the bristle in recording an image in a hand-cracked cylinder. This cylinder is coated with a lampback.

Although the initial intention of de Martinville was to produce a device that would read the text of books and other reading materials, the exigencies of technology during that time proved to be the hindering factor in making this feasible.

How was it different from the gramophone and phonograph?

At this point, we have already established that the gramophone and phonograph are nothing without the phonautograph as their prototype.

Although the three had the same inspiration and that is to produce music and sounds portably, the phonautograph proves to be the most different among the three because it was inspired by the idea of a device that would read aloud texts from books. As such, it was not made for playback, the main feature of the gramophone and the phonograph.

Nonetheless, the creation of a device that was able to present the visual image of the sound was helpful in a lot of succeeding devices that were used in reading and comprehension.

How did it contribute to the entertainment industry?

Regardless of the patent, it was tragic that de Martinville was not able to amass huge profits from his invention. He sold the idea of the phonautograph to various laboratories in France and Germany who were then just beginning to engineer devices that would help in sound production.

Some of these laboratories were successful in modifying the phonautograph to become useful in other areas. For example, the partnership of Donders, Marage and Schneebeli used the idea behind the phonautograph to come up with tools that would implore on vowel sounds and stress on words.

Rudolph Koenig who was there on the conceptualization of the device also expanded its function by innovating it into various tools that would simultaneously produce image and sound.

The phonautograph may not have the most direct impact on the entertainment industry but it sure left its mark in other domains. Most importantly, being the first known prototype for playback and record devices such as the gramophone and phonograph is already a great contribution in the history of record playing.

When did the phonautograph stop being used?

As to when did the phonautograph stop being used, there is no clear year but it is said that it was carried home by de Martinville in his home in France where he used it to upgrade the reading experience of his town mates in his own bookshop. But as far as the laboratories he sold the device to, it was used in the academy and in language programming researches up until the fame of Noam Chomsky in the mid-1900s.