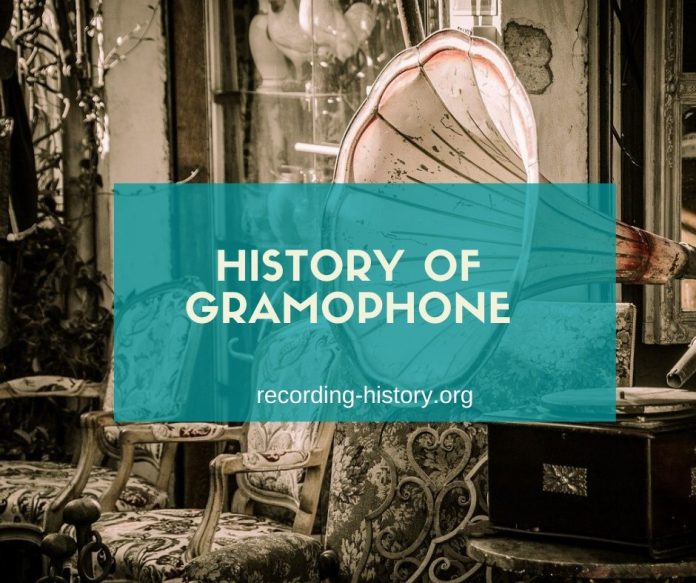 The interest in creating a music-playing and recording device that would make music commercialized started in 1877.

While Thomas Edison immediately heeded the call and made the phonograph, his device did not produce quality sounds and playback and record could only be done once.

It was followed by new innovations from various inventors but in 1887, a German immigrant who settled then in Washington DC invented the gramophone; the prototype of the turntables and record players that we know today.

Why is it called a gramophone? 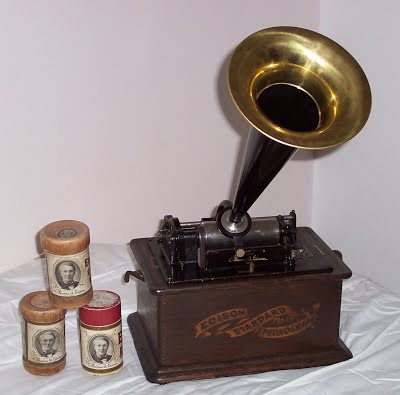 The history of the name gramophone is directly associated with the change it underwent from its predecessor called the phonograph.

The gramophone as the name of the most advanced music player, sound recorder and playback device of 1887 was coined and patented by its inventor to refer to the sound device which plays on flat discs on disc record players, running through the groove out to the periphery instead of the conventional one play cylindrical phonographs which was invented by Thomas Edison and later on was known as the phonautograph by Alexander Graham Bell.

Who invented the gramophone? 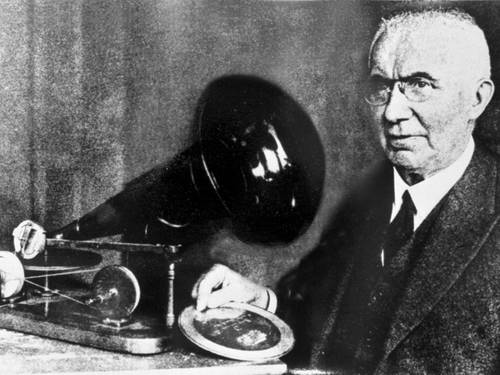 There is much fuss on who invented the gramophone because the phonograph, phonautograph and gramophone are now used interchangeably to mean the same thing.

But in so far as the music industry timeline is concerned, the credit in successfully coining the term gramophone and patenting it as then one of the most widely used and celebrated musical devices is given to Emile Berliner, a German immigrant who settled in Washington DC in 1884.

He is credited for his innovation of transforming the way record and playback devices run from cylindrical tin foils to flat discs. Archives write that Berliner credits this innovation from Thomas Edison, Alexander Graham Bell and Leon Scott’s most recent development of the phonautograph.

What was first recorded in gramophone?

While we are sure that it was Mary Had A Little Lamb that was first recorded in the phonograph, there is not much data about the first recorded audio in the gramophone since it was invented for mass production in 1887.

However, according to the archives of the Smithsonian, two retrieved sound recordings from 1885 may be the first two recordings in the gramophone before it was sold for commercial use in 1887.

The first audio content was the voice of a man reciting the first lines of Shakespeare’s Hamlet and the second audio content is another male voice reading the device’s description from its New Hampshire factory.

How did the first gramophone work?

Unlike the turntables and record players now, the first gramophone had only four basic parts for it to produce sound.

The first gramophones had a small needle, the groove, the diaphragm and the horn. Like your modern stylus, the small needle of the gramophone is the one attached to the groove which is equivalent to your head shell.

The sound is produced only through vibrations and without electrical configurations. Sound storage would happen in reverse through the gramophone by playing music with the horn and the sounds will be consolidated in the diaphragm.

How did the gramophone change people’s lives?

Of course, the most revolutionizing effect of the gramophone on people’s lives would be our unabated access for music regardless of the genre, anytime and anywhere.

Music is an important aspect of culture and consumerism and with the advent of gramophone, sounds added lyrics and the addition of lyrics created the boom of the music industry and other professions such as sound engineering, being a music artist and the like.

At the time the gramophone came into being, there were only a number of significant genres and one of them was jazz. As such, the American music history considers the invention of the gramophone as integral in the rise of jazz.

What made the gramophone different?

The gramophone was the transition to modern turntables and record players. It was different from the prior record player inventions because of two things.

First, the gramophone changed the way recording operated. From a spinning cylinder, records were then played through flat discs which were more portable than the cylindrical ones.

Second, gramophones were more sustainable. Instead of a one-time use, play and record tin foil cylinders, the gramophone featured records that could be used again and again either for playing or recording.

When did gramophones become popular?

Shortly after the gramophone was invented in 1887, it became a hit choice for the rest of the 1890s.

It became so famous that the US and the UK launched their coin-slot gramophones where people would put in pennies to play and record almost 150 plus titles of songs using gramophones. Soon after, Berliner and his company patented the rights to the gramophone and sold it exclusively.

In 1899, the company of Berliner became the first recording specialists paving the way for songs like Sweet Adeline to be major hits. At this time, Hollywood was also starting to be consolidated and banked on the gramophone for films’ sound effects.

Nowadays, the term phonograph and gramophone are now used interchangeably but when understood closely are two separate monumental inventions at a time when technology has not yet taken over all aspects of life.

First of all, the phonograph was invented thirteen years earlier than the gramophone and was then dubbed as the first talking machine, being able to playback and record sounds.

The more fundamental difference between the two though, is that the phonograph uses a spinning cylinder to produce music while the gramophone uses flat discs.

In the passing of time, and because it was already acknowledged that the phonograph was the prototype of the gramophone, both were institutionalized to refer to the same thing: a record and play music/sound device.

From 1897 to 1910, the world was still used to the name phonograph especially in the US. In 1940, the UK started calling the phonograph as gramophone to veer away from the influence of the US.