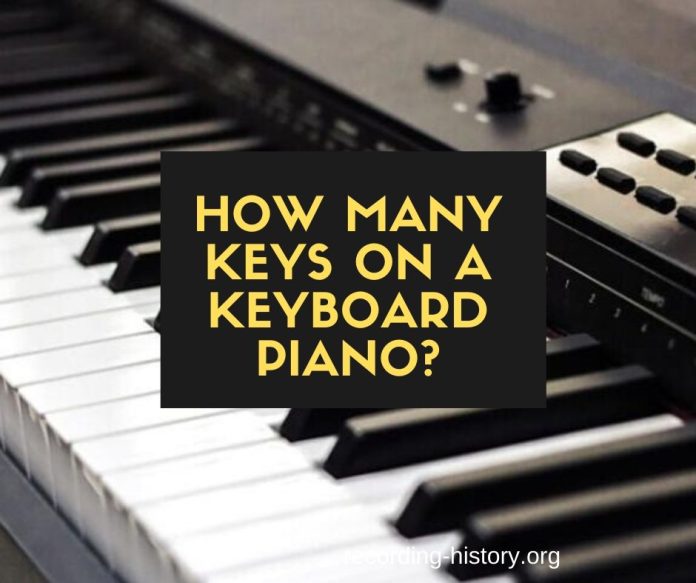 A brief history of piano keys

The piano or pianoforte was the brainchild of instruments keeper Bartolomeo Cristofori in the 17th century as the instrument upgrade of the harpsichord. Cristofori thought that while the harpsichord produces soft and delicate sounds, its reach is limited to a few people and its octave is limited.

To address this (and since the Medici family loved big audiences during performances), he invented a keyboard instrument with a hammer striking the keys. In Cristofori’s invention, the natural keys were colored black and the accidentals were colored white. It was only during the time of Sebastian LeBlanc in the mid-1800s that the colors were switched.

Originally, all pianos had weighted keys which means that they were heavy enough to strum with the hammer at the back. Through the years, musical synthesizers were created and the preference for electronic powered keyboards with unweighted keys existed. Nonetheless, the traditional piano keys are still sought after because they produce richer, more classic tones and are commonly found in orchestras, churches, and heard for cinematic aesthetics.

Related: 13 Types Of Pianos and Their Uses

Second, in terms of keys, the piano has heavier keys while keyboards have lighter ones (but wait, there are weighted keyboard keys too and they are called digital piano). In terms of maintenance, the piano is more high maintenance because it needs to be tuned every now and then (and this could be expensive) while the keyboard is just plug and play.

As for tune versatility, keyboards could offer more of this since there are pre-programmed harmonies/tunes which you can alternately choose to fit your genre. You can also play back tracks with it during mix recording.

The differences posted here are far too basic and at the end of the day, it really is just a matter of preference and comfortability.

Why do pianos have 88 keys?

Some older pianos only have 85 keys composed of seven octaves. However, the original Cristofori piano of 55 keys was upgraded by him a few years later into a piano that has 88 keys with 52 white keys and 36 black keys (which plays the sharps and notes) and essentially, this layout is still the one typically used today. It has 88 keys to perform a higher level of musicality, being able to produce soft and rich sounds through seven octaves and an additional three lower notes (A, B and B flat).

How many keys on a keyboard piano?

There are different configurations of keyboard pianos. They may contain 37, 49, 54, 61, or 88 keys. In 1964, a person named Robert Moog developed a musical synthesizer to benchmark the first generation of electric keyboards. In 1970, the first functional model was launched. Since then, these were called digital pianos and they were manufactured using various configurations that will cater to a wide range of musicians (newbies, hobbyists and professionals).  There are 8 configurations for digital pianos but we will only focus on five. But first what is the major difference amongst these?

Essentially, they all work the same. The major difference is just that it has a set of black keys that denote the number of octave sequences and the key sharps and flats within the octave. The pattern is 2-3-2 (the number of black keys per octave). The black key before a white key is a sharp key while a black key after it is a flat key. Typically, pianos start with C or F so label accordingly. So let us look at the piano lay-out for each digital piano.

37 keys are 51 keys less than the 88 keys with only 22 white keys and 15 back keys. There are two keyboard layouts for the 37-key keyboards and the main difference between the two is the pitch of the octave they start in. 37-keys starting with C-major provide an ascending tone from low to high octaves while 37-keys starting with F-major offer a mid-octave and then down tone.

As compared to the 88 keys, the 49-key keyboard has 29 white keys and 20 black keys only. In terms of pattern, it starts and ends with the C-major key. While it is like in between the pre-full size and full-size, this keyboard is not recommended for newbies because it only features four octaves.

The 54-key keyboard is one of those digital piano types considered to be one of the best beginner keyboards because it gives a good feel of a full-sized one. It has 22 black keys and 32 white keys. It also conforms to the typical keyboard layout of starting and ending with C-major.

Like the 49-keys, the 61 keys also start and end with the C-major key. It is 27 short of keys as compared with the 88 keys comprising 36 white keys and 25 black keys. Like the 54-key keyboard, this is also one of the recommended practice keyboards for newbies as it greatly resembles the full-sized keyboard.

As the term full-sized implies, the 88-key keyboard is composed of 52 white keys and 36 black keys representing seven octaves plus three lower notes which are the B, B-flat and A. Each octave would have seven white keys and five black keys. As a whole, it starts with the A-major and ends with the C-major providing a descending tone from high to low pitch.

How many keys on a piano are good for beginners?

There is a growing debate whether which digital piano is the best fit for beginners. You might think that pianos with fewer numbers of keys would be a good set for beginners but the debate is actually about 61 or 88 keys as the best fit for newbies. On the one side, 61 keys is good because the size is not that overwhelming but at the same time, you are already familiarizing yourself with how a larger piano set would feel.

On the other hand, it is being suggested that 88 full keys should be given to newbies since the initial phases of the learning will be based on center octaves only. So, by the time that they are already well-versed with finger flexibility in between and through keys, it is easier to expand and equally be well-versed with the keys in the other octaves.

Can you play most songs on a 49 key keyboard?

To be honest, you can learn the basic skills and get a feel of the piano key patterns and of course play songs but it is not enough. There have also been issues circulating that some 49-key keyboard pianos have plastic keys and have an effect in the accuracy of the produced sounds. Since we are able to determine the octave and the key depending on the tone produced, this could be  a real problem. Other than that, it might be too small for you to have an accurate grasp of what a full piano looks like. But since the question is about you being able to play most songs on a 49-key keyboard, the answer is ideally yes.

What is the difference between the white and black keys on a piano?

The colors of piano keys basically help pianists to determine natural tone pitches from semitone pitches usually called as sharps and flats. The white colored keys represent the natural tones of each octave (keys A to G) while the black keys represent the half tones in each. Black keys situated right of a white key represent a sharp or a slightly higher half tone while the black key situated left of a white key represents a flat or a slightly lower half tone .

How many of each color are there in a piano?