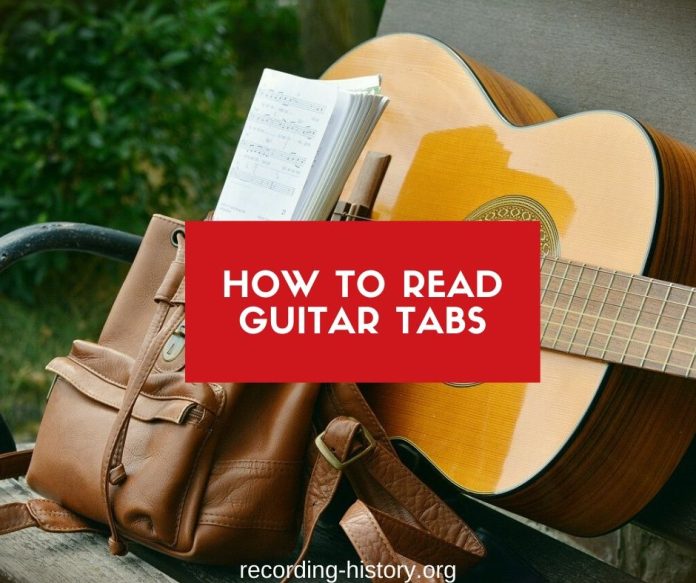 Learning to read guitar tab is the easiest way for guitarists to figure out a new song. Here are the basics of turning tab on the page into fingers on frets and strings.

Songs for guitar and other string instruments can be written out using standard musical notation, but most guitarists favor learning to read guitar tabs. This form of notation is simple even for self-taught players to decipher and is available for free all across the web.

Guitar tablature does have its limitations, but for someone searching for particular songs on the net or for those teaching themselves to play, tab is a useful tool.

How to Read the Guitar Tab Staff

Guitar tab is so easy to read and understand primarily because it creates a picture of the guitar’s neck. Tab is written on a staff of six horizontal lines. Each line represents one string of the guitar.

The numbers on the staff’s lines indicate which frets, or metal bars beneath the strings, should be pressed. The first fret is the one farthest from the guitar’s body.

As guitarists start with the first fret, then move to the second, and then continue up the neck, they raise the string’s pitch a half step each time. A 0 in tab indicates an open string, or a string not pressed by any finger.

How to Read Chords in Guitar Tab

A stack of six numbers, one on each line, represent a guitar chord. If a guitarist plays each string, pressing the frets indicated, they should hear the chord written above the staff.

If the numbers along the staff aren’t arranged one on top of another, guitarists pluck them separately. Single plucked notes can form arpeggios, or chords played in a series of separate tones rather than simultaneous notes.

Single numbers along the tab staff can also indicate a riff or melody line. In both riffs and arpeggios, musicians often embellish the song by tossing in partial chords every so often. Tab shows this by two or more numbers stacked one on top of each other along the fret.

Turning Guitar Tab Into a Song

Chords, arpeggios, and riffs are all building blocks to a song, but without clues as to their rhythm and style, a group of chords written in tab could be the skeleton for any number of songs.

Guitar tablature is limited in that it has no means of showing how long each string should be allowed to resonate before the next is plucked. Before picking out a song, it can be helpful to have a recording on hand to aid in deciphering the tab.

Furthermore, songs are more than just a cluster of chords. Musicians need to know all the tiny embellishments that breathe personality into a tune. Fortunately, tab does have a way of recording these techniques. Those interested can check out the symbols and letters commonly encountered along the staff indicating hammer on’s, pull offs, bends, vibrato, taps, and more.