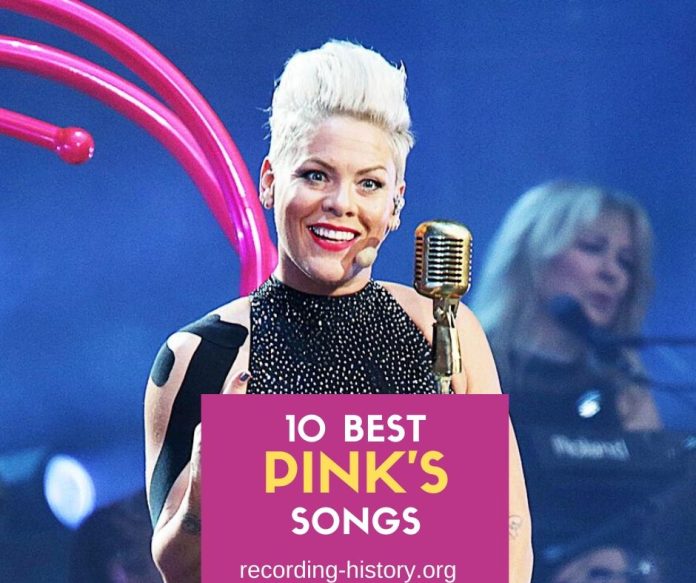 With her always unique style and strong feminist attitude, she will always be one of the 00’s pop legends. By winning three Grammy Awards, two Brit Awards, one Emmy and seven MTV music awards she secured her position as a pop queen. She is not only a singer but a songwriter, dancer, producer, spokesperson, model and actress.

Here’s a link to a time when P!nk introduced us to the R&B filled vibes:

Pink Pink Pink! You did it again, if it’s not about our ex, it would be our family, the reflection of the young vs the old reflecting how stubborn we can sometimes be to our emotions, ok psychoanalysis over..

Here’s a link to video that would have everyone relate to in one way or another:

3. Get The Party Started

Here’s a link to the getting ready song that’s literally on everyone’s playlist:

The song of Labelle was covered by famous ladies Missy Elliot, Lil’ Kim, Maya, Christina Aguilera and Pink for the famous Hollywood blockbuster Moulin Rouge. It is still priceless to see all these ladies together!

It’s as if all the forces of sultriness combined to create this Moulin Rouge masterpiece. Pink’s vocals are hard to miss in this fiery track.

Here’s a song for those needing to feel sexy:

It’s sad but true, some are still struggling to deal with toxic drama, in a new decade, use this song as a great motivation to move on!

Here’s a link to a song that will definitely have you sing to a Pink song out loud:

Here’s a link to remind you why you should NOT text him/her back:

With the aggressive but addictive nature of the song it brought an MTV music award to Pink as deservedly. It quickly became a party anthem of the time. Here’s a link to a song in which you can live all your risky behaviour through Pink:

The song was dedicated to her fans, it is the way she raises her glass for the ones who were alongside her during this journey.

Accept your mistakes, your wrongdoings and realize that the past is in the past. Raise your glass with Pink and toast to the good mood you’re in.

Here’s a link to the perfect mood booster:

Need a song to drive to? Here’s a link to the music video to one of the most legendary Pink dances (winner of the list):

You’re waiting for your uber, friends/guests at home or for your pizza to arrive, either way, this song serves as a great way to kill time. Time does fly when you’re having fun!

Here’s the link to the ‘works for any mood’ type of Pink song:

From the album with the same name, the pop-rock song compares a long term troubled relationship to drug addiction. Channing Tatum accompanied her for the ‘50s-inspired music video.

The pop masterpiece was originally made for her childhood friend who overdosed but during the time that the song was created Pink admitted that the song got a more general meaning for her.

She began to write the song about her husband (Carey Hart) according to Pink but it shifted meaning to her fans as she delivers a message against depression, self-harm and suicide.

Pink co-wrote this great song for Disney’s film Alice Through the Looking Glass. The song has a very catchy music video with some scenes from the film.

The song is a political statement about how authorities have let the people down. She asks them a question: What about us?

It is difficult to hear this song without remembering from the astonishing music video choreography. At the 2012 American Music Awards, she recreated the dance sequence of the video with live vocals.

It was remarkable that this song was a huge hit. “Just Give Me a Reason” is a pop ballad about the need to keep up with a relationship even though it seems to break up.