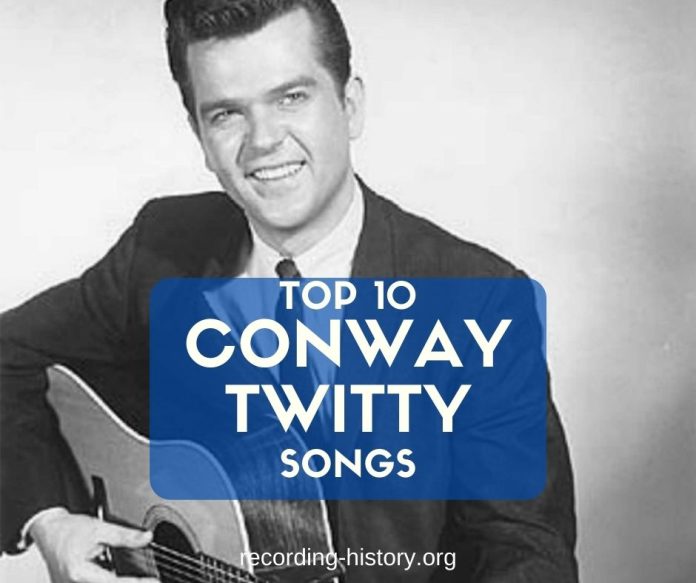 Harold Lloyd Jenkins, aka, Conway Twitty, was born on September the 1st 1993. Throughout his career, he had success in many genres like Pop, R&B, and Rock n Roll, but he was mainly a country singer.

“Tight Fittin ‘Jeans” depicts a very particular fantasy: that of an unhappy rich woman who shows up in a bar to live out her dream of one night living like a cowgirl.

This version of the old song reached number eighteen on the charts.

#8. You’ve Never Been This Far Before

This is another controversial song from Conway Twitty. With lyrics saying things about touching forbidden places the song was banned from several radio stations.

Twitty and Lynn had become a formidable pair, and this album was their first number one together. One of the great examples of the genre.

Throughout his career, one thing Twitty has done so well has been straddling various styles and genres. He goes full-on R&B crooner in “Don’t Take It Away,” and the result is a strong, dynamic Twitty vocal performance.

This song was Conway’s first big hit both on the Country and the Pop charts. It was a single which hit number one in Canada, England and America.

By the time “Linda on My Mind” was released, Twitty was being used for controversy. Some found the story of a man sadly fantasizing over his friend’s wife while lying morally questionable.

#2. You’re the Reason Our Kids Are Ugly

This great song is weirdly a love song. With the great chemistry between Lynn and Conway this piece becomes amazing.

Twitty wrote this song in 1950, but it wasn’t published until 1969 — meaning he was waiting nearly two decades to introduce the world to a song that would become a country standard!