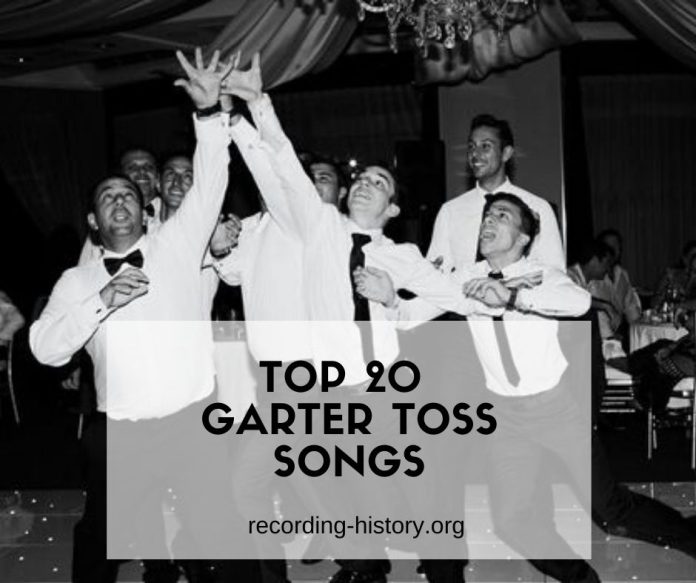 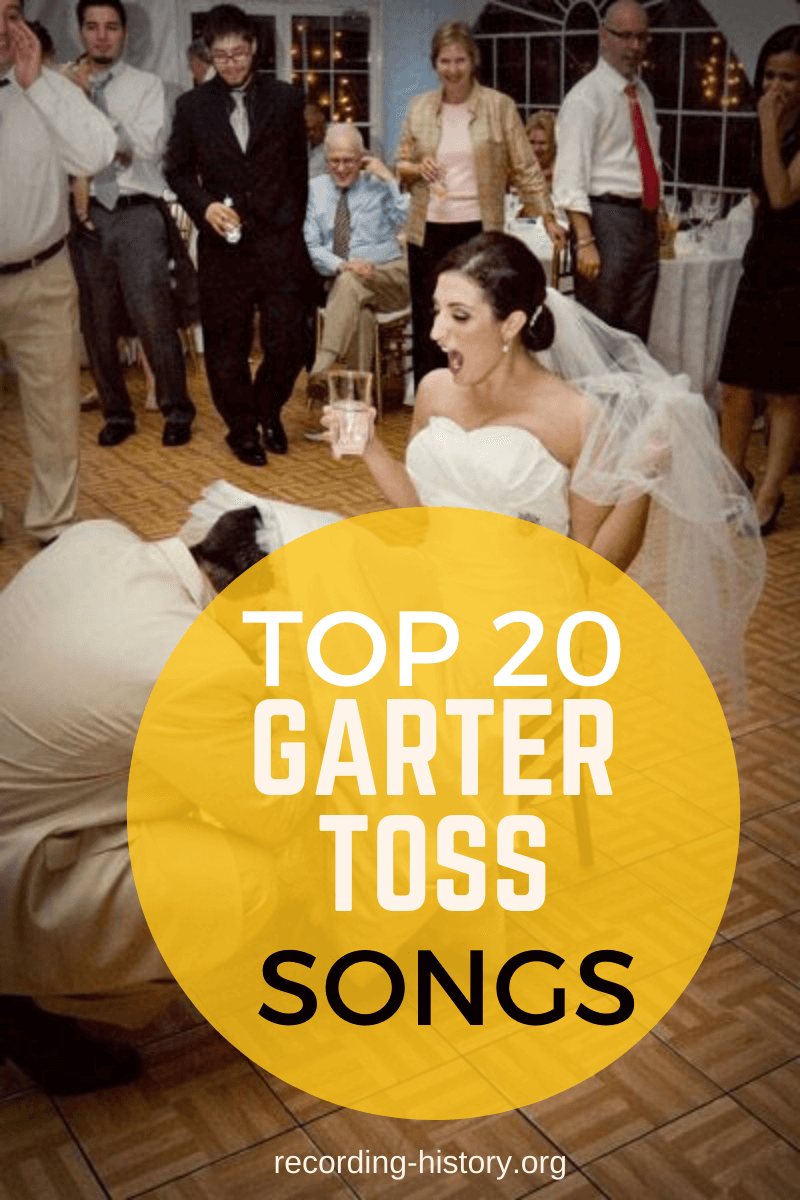 The garter toss is one of the things in the wedding reception that we all look forward to. Building the emotion, the mood and confidence of the single men is the role of these top 20 garter songs for weddings.

It is sultry, jazzy and is the classic perfect song for the garter toss. Nothing is more magical than sliding that garter up while Marvin Gaye belts out let’s get it on over and over in that soul voice of his.

This unexpected tie up of Justin Timberlake and Jay Z will bring out a wild garter toss especially when it get to the lines, as long as I’ve got my suit and tie, I’m going to leave it all on the floor tonight. If confidence is what you are building up during the garter toss, this is the song for that.

If you know the Saturday Night Fever, you have probably heard of this feel-good pop song. With that upbeat, pop tune and lines about believing in miracles because of you sexy thing, this just hits home.

For a time in 2002, this song was the ultimate party song. Bringing in the party in a garter toss is just memorable at best and its naughty lyrics would naturally set the mood for fun during the garter toss.

It may be old, but it sure is gold. This 1983 punk rock from the album Eliminator will bring back the party of the 80s during the garter toss and we tell you, nothing else comes close to the confidence it builds for the males who are in for the garter prize.

In trying to build the confidence among the competing men for the garter, you need to make them feel sexy and irresistible and this is the song for that. Walking through the catwalk like a model with all eyes on him are the lines that will get the fun going with this one.

This is the perfect song before the garter toss just as the host would be calling all the single men to line up for it. It is rowdy and naughty at the same time so it is going to leave the men excited for what is to come.

This is going to activate the hyped-up nature of men who are looking for love or just someone who is looking for a new spice in life. It is particularly symbolic and fun because it is like unleashing the animalistic nature of men to find a partner or mate.

From the master rapper himself, this hip-hop pop song will really excite everybody to play on as the garter is tossed in the air. It is full of appreciation and also a call to action for the future partners of the bouquet and garter to take it easy and play on.

No party is complete without a hint country. This very rare upbeat and country rock from Blake is the perfect garter toss song. Adding those lows and explosive country high vibratos are just bombs that will get everybody excited.

This 2013 funk rock song is not a Grammy winner for nothing. Featuring Pharrell Williams and Nile Rodgers, this is sweet and funky all at once plus, its lyrics just talks about partying and being up all night until the sun comes out so it will just do it for the garter toss.

It’s R&B but it also means party so it is the perfect balance of demure and naughty for all the men whose eyes are on the prize and for the women to wait on who will get that garter. With these, this 2002 song just seals the deal for the garter toss.

For a time, it was also one of the go-to party songs of 2009 especially that it earned some bragging rights and prestige when it was nominated for the MTV Best Hip-hop Video during that year too. It is hip-hop which means party and it will bring the right fun in the garter toss.

This is another of the many versatile R&B songs that you could play at any party. It was released in 2010 and it is the perfect garter toss song because it is sultry and sweet at the same time which will brighten up the mood and shall keep everyone in anticipation of who will get the garter from the toss.

This 2017 alternative indie rock song is a song of confidence and personal validation. With its upbeat vibe and reassuring lyrics, this song will set the right mood for the men to compete for the garter toss and win it all.

It was one of the ultimate disco party songs of 2011. As a matter of fact, it won a Grammy nomination that year for Best Group Performance. It is a pop rock song for appreciating women’s beauty and it just makes you energetic and want to dance so it is perfect for the garter toss.

If things go well after the garter toss, it might really be the death of a bachelor for the one who will win it as wedding bells might start ringing for him and the one who got the bouquet so we are banking on this song for that magical surprise.

This 2013 two-time Grammy nominee is one of the best pop rocks that you could choose during the garter toss. Like some of the songs that made it to this list, it is the right combination of sultry, sweet and naughty so it will blend well with the emotions and hype of the garter toss.

This is all sultry but the lyrics are the sweetest so might as well reserve this for the garter sliding moment because how magical would that be with this song on. It became famous in 2014 since it is one of the songs featured in the box office, provoking film, Fifty Shades of Grey.

Because garter tosses literally makes men rain in number as they line up for that much coveted garter that may possibly give them a once in a lifetime serendipitous romance, this classic deserves its spot on this list.

So there you have it folks, the list of the best garter toss songs that you should definitely line up for your wedding. You’ll never know the magic they could bring so turn that music up for your garter toss.