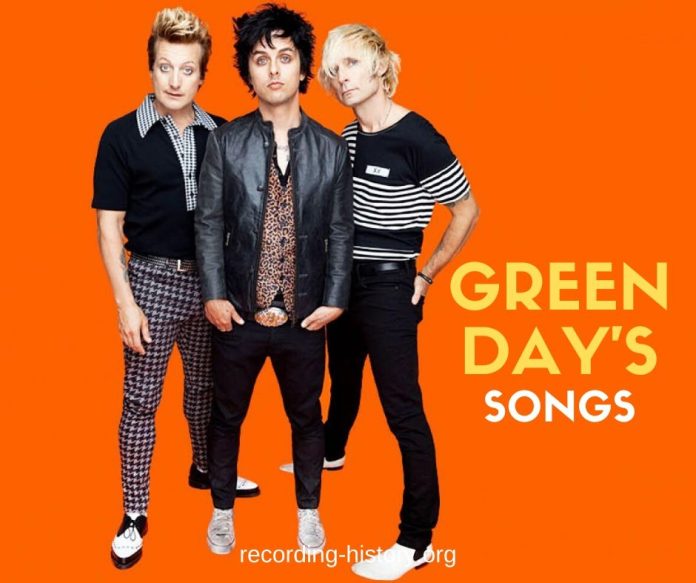 Co-founders of the group Billie Joe Armstrong and Mike Dirnt explained where the name of the group came from as a day off to chill and smoke weed. Let’s check the best hits of legendary alternative-rock bands!

The power-pop hits make your move with your heart rather than your brain.

The rock-opera song of Green Day actually marks an era in their musical career. The main character of the song is coming from another hit of the GD; American Idiot. It is a strong statement of these kids against their parents, step-parents, and the life that they are living.

#8. Good Riddance (Time of Your Life)

The album version starts with the play of a wrong note by the guitarist Billie Joe Armstrong. He begins again, repeats the wrong note, and says “f..k!”, then commences the actual recording. Of course, this part was excluded from the radio version. The song is about the time that Billie Joe’s girlfriend moved to Ecuador and his way of dealing with the situation.

It was one of the most successful alternative-rock songs of 1995 and song aged well. You can still get some taste of this GD hit!

It is about the government and society in America during the Iraqi War. It begins by reflecting on how the average American citizen is nameless for the thousands of dead Americans and Iraqis.

#5. Wake Me Up When September Ends

The song was written by Billie Joe after his father’s death of cancer on September 1, 1982. The music video carried this grief in a more general way. The director Samuel Bayer who also directed Nirvana’s “Smells Like Teen Spirit,” widened the perspective of September 11 attacks in the USA.

It was a criticism aimed at the US at that time, and It brought Green Day a Grammy in 2005 for the “Best Rock Album.”

This song has a quite personal backstory for Billie Joe, as he was dealing with chronic anxiety. It is an important step for 1994 to normalize mental situations.

It is a song about patriotism. But in a manner which we would call Rock and the Roll style.

The song is about loneliness and the realization that the American Dream will let you down. Hopes of the singer were dashed, and he found himself very lonely. It parallels the main character of the song “Jesus Of Suburbia” from Green Day. He leaves town, has a mad first night, and now it’s sort of like the hangover.