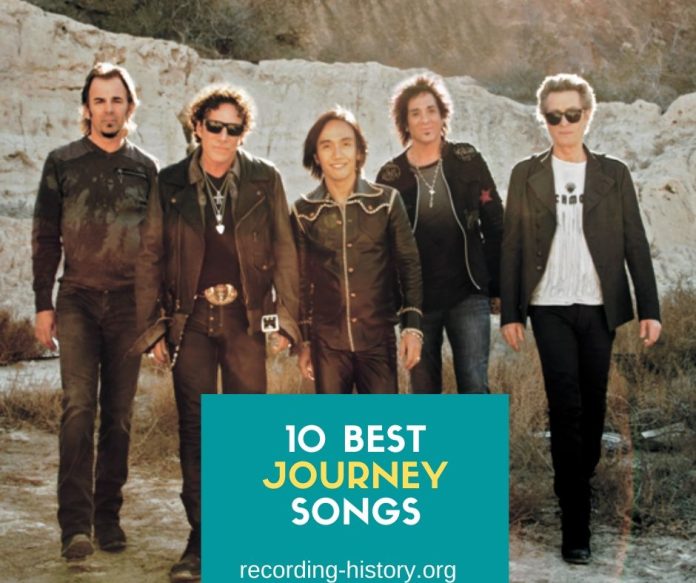 From the ashes of Santana and Frumious Bandersnatch born this beast of a band in San Francisco in 1973. Full of artistic ups and downs, Journey’s strongest times were between 78′ and 87′ when Steve Perry was the lead vocalist.

1. In My Lonely Feeling / Conversations

Released in one of their earliest albums ‘Journey’, the band influenced by the psychedelic feels of their previous bands, decided to take on a memorable riff that has you bobbing your head for days.

Here’s a link to the performance at Winterland:

Journey got you covered with this 1977 instrumental, this track is filled with energy and real rock n’ roll. A classic hit from their third album that cannot be skipped!

Here’s a link to the instrumental:

3. Look Into The Future

We all like to reminiscence every now and then, or ‘reflect’ for those that don’t want to admit it. With all their emotions literally felt through the song, this song is probably the best option for a get together.

Here’s a link to the winner of the list:

It’s summer, burgers are nearly done and in the meanwhile you’re nibbling on chips whilst you’re trying to dance in a socially acceptable manner. You just can’t help but shake it with this song!

Here’s a link to the track:

Released in their third album, this song meets the criteria of ‘I want a song that’s perfect start to my drive’.

Here’s a link to your new Sing-A-Long track:

I mean, the song is sweet and simple…

Here’s a link to something that will have you in your feels:

Soulful & genuine, the vocals alone will have you in a trance for the whole 3 mins.

Here’s a link to that long needed shower song:

Compared to the likes of Hendrix, this rockin’ piece will help you move on and let go of whatever it is that made you want to listen to this in the first place.

This opening track of Departure is an immense, energy-filled, good vibes track. It is usually used as the last song on any Journey show. Finishing in a  high tune like that is an experience that sticks in a good way. If you haven’t heard this song in 2010 during the heavily saturated world of Glee advertisements everywhere on your screen, then you’re quite lucky.

Here’s a link to probably one of the second most famous Journey songs:

You’re missing out on that Journey tribute that’s going on in town? Don’t fret, this performance will have you feeling like you’re back in 1981!

Here’s a link to the song:

From the romantic mind of Perry, this extremely personal song about a relationship (which is believed to be inspired by true events) was the band’s first song to break into the Billboard top twenty, and It peaked at number 16.

As you can guess from the title, this song is about the infinite promise and freedom of youth. Unfortunately, there’s a sad story about this song; this song was played to a 16-year-old fan with cystic fibrosis as part of a request from Make a Wish Foundation. Unfortunately, the fan died a day later, leaving the band with a broken heart.

Started slowly by peaking at number 57 in the US – this song has gone on to become one of the strong Journey classics.

One of the first Journey songs featuring Steve Parry, this one also started as a minor hit (#68 on charts) but became one of the signature songs.

This soulful piece is Dressed in a beautiful piano riff. It is one of the most successful songs of the band. Peking at #4 in the US and becoming the highest UK charting Journey single at the time.

This track is also one of the most successful songs of the band, earning them their highest position on the Billboard 100 (#2). Song was introduced to a wider and more contemporary audience by becoming a staple of many pop artists’ covers, including Mariah Carey.

One of the most powerful Journey songs. Written by Jonathan Cain on the road and was completed very quickly (which the religious Cain puts down to divine intervention).

The song tells the story of a couple who have broken up and gone their separate ways but will still always share a connection because of the time they spent together. As some of us know as ” that song from the 80s’ movies.”

The most iconic song of this band. This amazing song taken from 1981’s Escape is one of the most anthem-like catchy rock songs of all time.