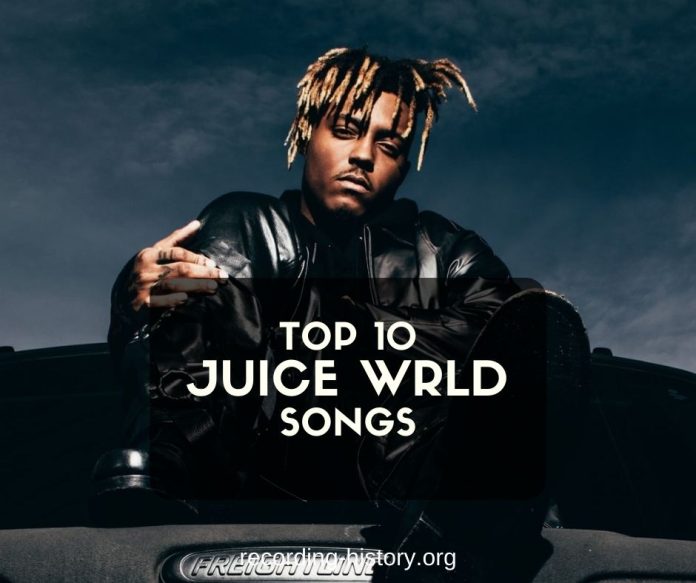 Higgins was a renowned American singer, songwriter, and rapper. In his short career, he dropped huge hits that gained him a contract with Lil Bibby’s Grade A Productions and Interscope Records. Let’s look at this star’s top 10 songs.

Graduation was written by Benny Blanco and Higgins, portraying the lives of teens emerging into adulthood, this song peaked at number 8 on the US Billboard chart Bubbling Under Hot 100 Singles.

This is a song by Kentrell DeSean Gaulden a.k.a YoungBoy Never Broke Again and Higgins, this was the last song Juice Wrld made shortly before his death, fans responded and earned this the number 10 spot on the US Billboard Hot 10 chart.

This song was released as a single on March 1, 2019. Higgins’ steady rise to fame earned this song a Gold certification from the RIAA.

Higgins dedicated this song to his haters who continuously dragged him down this track portrayed his difficult journey to fame. One of his most underrated songs.

This song was released in May 2018 featured in Higgins’ album Goodbye and Good Riddance, which got positive feedback from critically acclaimed music critics and this song peaked at number 68 on the US Billboard Hot 100.

Another underrated gem by Higgins.

A more heartfelt song by Higgins, which his fans adored, earning this song the number 41 spot on the US Billboard Hot 100 chart.

One of Higgins’ most popular songs, this was released as his lead single for the album Death Race for Love. This earned two platinum certifications from the US RIAA and Australia ARIA, selling more than a million units.

A video game (GTA) inspired song by Lil Uzi and Higgins, which fans loved giving this record a platinum certification in Canada and the US.

This song is one of Higgins’ masterpieces boasting more than a billion streams on Spotify and earning many platinum certifications from countries all around the world.