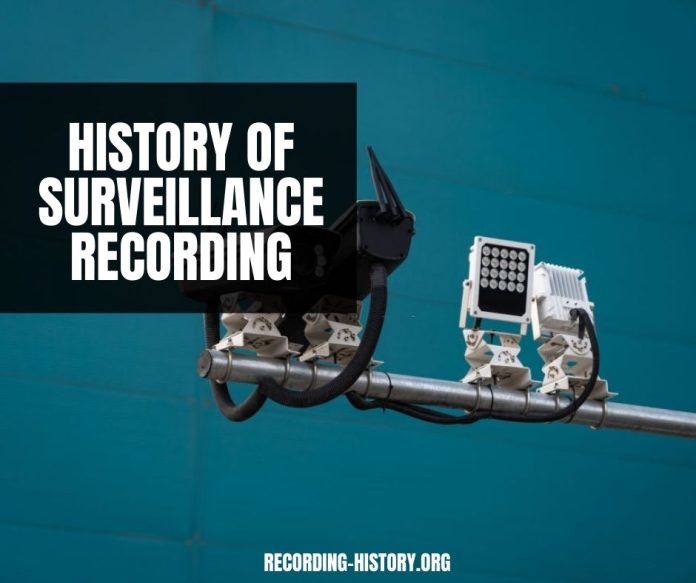 What started as a luxury during its invention is now becoming a norm. With the advancing technology, people are easily taking security cameras and surveillance for granted. Today, many public areas are being monitored by Closed Circuit Television. Many streets, homes, and premises are using surveillance technology for security reasons.

In addition, businesses and consumers also accept the need to have security surveillance in their premises to boost security, hence improving their peace of mind. However, CCTV surveillance systems that are available today are quite different from their earlier counterparts.

History of the Surveillance System

Video surveillance is not a thing of today; it has been there for a while. The first invention of closed-circuit television was back in the year 1942. It was designed by an engineer called Walter Bruch. It was first used to monitor a V-2 rocket. The invention of surveillance didn’t make it to the commercial limelight immediately after its launch. It was until 1949 when it was launched on a commercial basis.

Immediately after the commercial launch, an American government started promoting the system. The main intention of inventing CCTV technology was to learn about weapons and not people as it’s used today. And that’s why it was used by the German military to observe rocket launches in a bunker.

People in the German military could only use live streams in watching rocket launches as they waited for later recordings. From there, the U.S government moved in with speed to try out this new wartime technology. Scientists used surveillance cameras to observe nuclear bomb testing. Scientists could comfortably learn about the effects of nuclear weapons from far without coming in contact with any danger.

The first invention of surveillance systems seems to be more primitive. They consisted of cameras and monitors and could only be used for live recording. They lacked components that could allow their users to record footage. To preserve the gathered data, there was the introduction of primitive reel-to-reel recording systems to help out.

However, the introduction of primitive reel-to-reel came with some challenges. People had to manually swap the magnetic tapes, which seems difficult, costly, and unreliable. The operator had a hard time threading the reel via the recorder and then back to the empty take-up reel.

After being invented in 1951, the videocassette never reached the market until 1961. Since then, building owners were able to record security feeds. HD DVR security camera records streamlined the security feeds. On the contrary, cassette tapes were never that advanced for recording videos for long. Videocassette recordings later replaced them.

People no longer had to monitor their live screens. Instead, they could set the systems and leave them to run by themselves. After that, users could review the recorded information as much as they want. With this trend, CCTV became very popular among businesses.

On the other hand, these solutions were never that perfect, making the tapes be changed regularly. Users who wanted to keep information for long had to keep a library of tapes. After VCRS came multiplexing solutions in the 1990s. Multiplexing enabled video signals from various CCTV cameras that could be combined and displayed on one monitor.

For instance, if a company had four cameras, the multiplexer would then synchronize and record the same tape.

With the advancement in technology, the surveillance system has become very popular globally. Many business premises and institutions are now taking seriously the importance of installing CCTV to secure their premises. Surveillance technology is in high demand compared to the past.

Historical Survey of the Impact of Recording on Music

The Watergate Tapes: How Nixon Did It