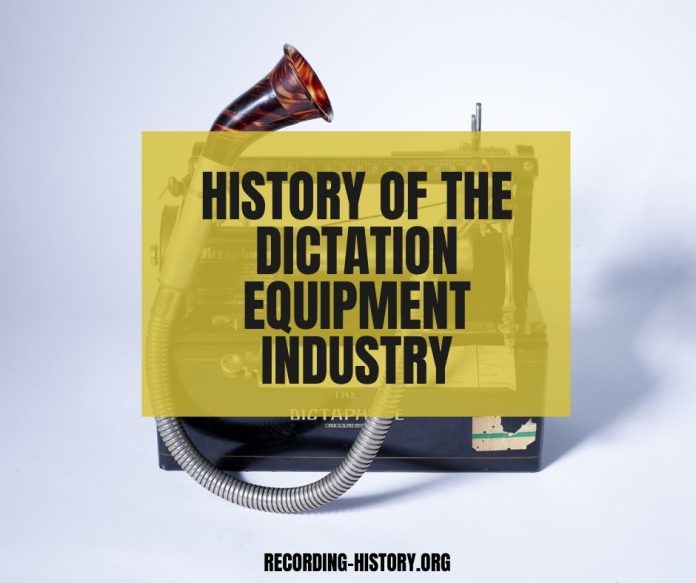 After the invention of the first recording sound, engineers, technicians, and scientists worldwide saw the need to create the dictation machine. They wanted something that can be used to record speech for future playback. But as technology advances, new and more versions of dictation devices keep on flooding the market.

History of the Dictation Machine

After Thomas Edison invented his first phonograph, another great mind named Alexander Graham Bell saw the need to create wax cylinders that were easier to use for producing a better sound and easy to manufacture. Alexander Bell, together with his manufacturing Volta Laboratory developed a Volta Graphophone Company, which introduced the first Dictaphone to the general public.

In the following years, Bell together with Edison came together to secure the market for their devices. But the reusable wax cylinders at the end emerged successful during the 1980s, prompting the Dictaphone to become successful as well. In 1907, Dictaphone’s name had already become successful, making it a synonym to all recording devices with similar use. However, Edison tried so much to regain dominance with his Ediphone, but that didn’t work.

As the year passed, Bells Dictaphone Company kept on changing owners over tens. These changes saw an improvement in the recording industry with regard to the available technology. Between the 1900s and 1950s, the manufactures of the Dictaphone tried to lose weight their equipment and improve their capacity to enable them to record for long.

With many manufacturers entering the competition and the urge to find new technology for military use in the Second World War, the magnetic tapes started entering the market at a lower price. The magnetic tape was also reliable for storing sound data. From the 1950s, the making of speech recording devices became rampant, and they could record significantly longer sessions compared to general recorders.

Importance of a Dictating Machine

Different from other recordings that you know, Dictaphone has three main advantages. The first one is battery life. The Dictaphone has a battery life of 48 hours maximum. You can also carry an extra battery with them when going on the field. Also, you don’t need to take a class course to learn how to operate a Dictaphone. Using it is so easy.

You can playback and record anytime you want by single pressing a record button, pausing, stopping, and then playing. It has a superb quality sound. Have you ever come across a modern Dictaphone? Well, if you’ve, then you’ll be able to notice the advancement this recording machine comes with. HiFi technology has enabled it to produce more quality sound.

The Popularity of Dictating Machine

Then in the late 1970s, there was the introduction of the new Dictaphone magnetic tapes, including mini cassettes, pico cassettes, and microcassettes. With their small storage size, the manufacturers were able to create small recording devices that can record more than their previous non-portable versions. In the 1980s, digital recording started bringing the latest Dictaphones to the market, which has remained the default means of sound recording until today.

Dictaphones are very much available to this day. The main suppliers of Dictaphone companies today are journalists and medical transcribers. It’s still the most reliable device that can be used to capture accurate sounds and high-quality audio.

Furthermore, advancements in technology have seen many smartphones coming with built-in recorders, similar to Dictaphone. For journalists, it’s a must to have this device because of how busy they seem to be with their phone calls, prompting them to have a separate voice recorder.

Exploring the History of the Recording Business

A Business History of the Telephone Answering Machine