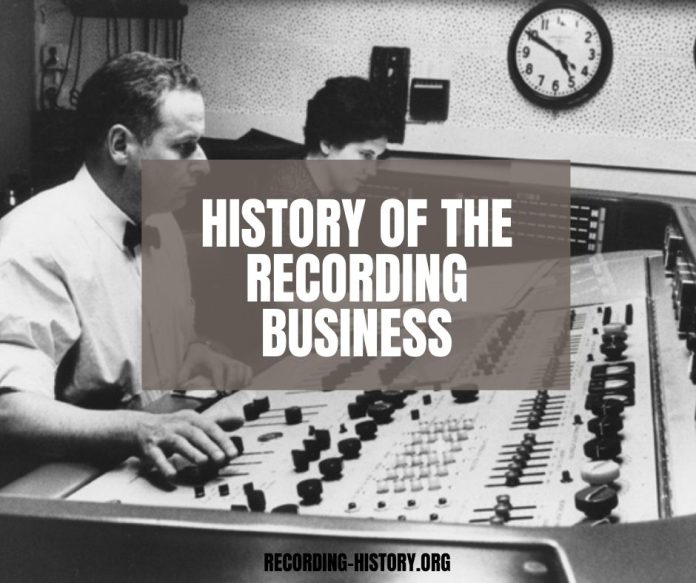 The recording industry has proven to be a lucrative business since its invention. The industry has been a straightforward process generating income for many parties involved. From the start of its invention, inventors and artists could record and sell for some income. Another way recording was generating income is that you could go on a tour and make a killer sale on the albums.

The History of Recording Music

Let’s now delve into the history of recorded music. The first music to be recorded was pop music, which became trendy from the 1840s until the 1880s, after which vaudeville became the center of attention. Both pop music and vaudeville were performed together with theatrical variations. Either comedic skits or dancers accompanied the music through a live show.

After that, Columbia Records emerged in 1888 and the first record company to produce pre-recorded records contrary to blank cylinders. This saw radio becoming a subsequent tool in broadcasting recorded music due to advances in technology. This also enabled both recording music and sound to accompany the film to grow.

The recordings kept going up until the disruption by the First World War which saw record sales dropping. But the sales didn’t drop for long because, after World War, the sales again started going up. Apart from large international companies, smaller local entities also saw the need to get into the recording business. This made many small local companies take a shot on the record business.

Recording technology looked a bit expensive, making many small countries lack their local industry. Such countries relied heavily on the recordings produced by foreign companies. Again, the sales of records dropped during the 1930s when the entire world grappled with economic depression. Also, the introduction of sound film and radio broadcasting pushed record business out of the market.

This economic depression and the introduction of sound film and radio broadcasting made many recording companies go bankrupt and also lost some of the information on their activities. The drop in sales didn’t last for long, as the sales increased.

Then World War II erupted, leading to a significant drop in sales. The war went on, stopping the sales until the 1950s after the war was over. Again, with the introduction of microgroove records in the 1950s, the demand for records started going up. This was all thanks to increased and improved living standards. This has led to increased record sales in the past three decades. The introduction of magnetic tape also made it easier for the recording industry, increasing the number of independent recording companies.

Approaching 1960, the recording industry got a boost from introducing pre-recorded cassettes, cartridges, and cheap cassette players. Cassette players made the sound recording reach a wider audience because of its popularity. However, cassette duplication has become a problem, especially in countries with poor copyright legislation due to a lack of modern technology. This is because cassettes are very simple to create.

History of The Dictation Equipment Industry

A Business History of the Telephone Answering Machine