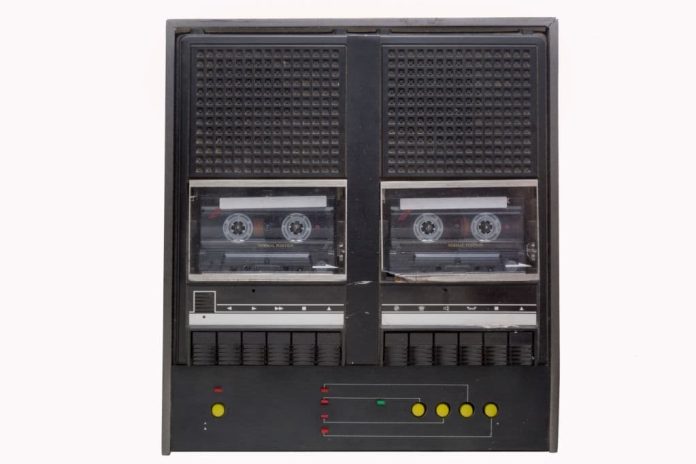 The first answering machine was invented in 1898 by a Danish inventor called Valdemar Poulsen. It was called telegraphone.

Telegraphone looked differently from the modern recording devices that became very familiar later in the decades. If you could come across it, you would think it’s a hand-crank pasta machine instead of an answering machine. Telegraphone was the first apparatus to record telephone conversations.

Using a wire, it recorded various magnetic fields produced by sound. Listeners would then use magnetized wire to playback the sound.

After Poulsen invented the telegraphone, there was no other answering machine invention until twenty years later when Thomas Edison invented the Telescribe in 1914. This was followed by the Phonograph created in 1925 by Truman Steven. Despite Telescribe and Phonograph becoming unsuccessful, they still designed other models. This later led to the launch of a technology that would see telephone devices into a whole new playing field.

Many business offices and telecom industries welcomed the isophone with open arms, although it didn’t last long because of its large size and high price tag. The United States also never hesitated on introducing their commercial answering version. They named it Tel-Magnet. The machine didn’t last long owing to its high price.

Then Dr. Kazuo Hashimoto of Phonetel invented the first answering machine, which was sold in the USA in 1960. The answering machine was called Ansafone. Ansafone became a game-changer during that period. After its production, the answering machines were never portable and came with a ridiculous rise. This prompted Hashimoto to invent a compact and high-tech device that made the device more functional.

The Model came weighing ten pounds, had screen calls, and could hold twenty messages on a reel-to-reel tape. You could use an earphone to retrieve private messages. The answering machine started to soar in the 1970s, thanks to discovering microelectronics cheaper than their earlier counterparts.

With the introduction of phone mates in 1971, house consumers were added various recording features that enabled them to record over twenty messages that they could hear using private headphones. The answering machine became more affordable, more convenient, and enabled sophisticated capabilities.

Besides becoming popular, the answering machine became lower and with reasonable prices. The answering machine flourished among households, but just like any other invention, it slowly became outdated. The introduction of mobile phones and voicemails that are more advanced and convenient threw it out of the market.

Voicemail has since become a stepping stone to digital sound recording, thanks to its clarity. It also comes with more features, which is an added advancement to all of its aspects. The first commercial voicemail system was founded by Gordon Mathews, who was the founder of the VMX Company in Dallas. He invented voicemail in 1979.

The answering machines were helpful in the past, but technological progress saw them became obsolete. New automated programs came and invaded the world of calls, rendering switchboards to major office buildings. The answering machine was so important back then since it was the only way people would keep important information.