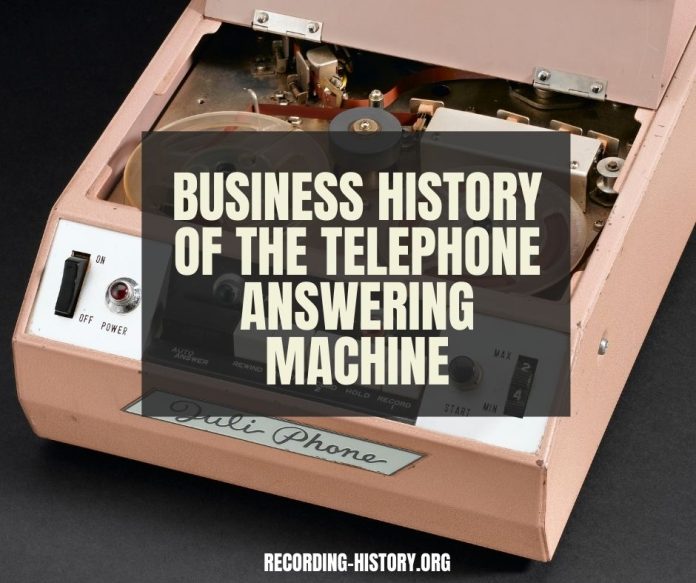 History of the Telephone Answering Machine

This machine used a wire to record various magnetic fields, hence producing sound. Listeners would then get the chance to play back the sound via magnetic wire. After the invention of the telegraphone by Poulsen, until 1914, Thomas Edison created the Telescribe, which took quite some time before the invention of Poulsen’s telegraphone.

After the Edison invention, then followed by Truman Steven, who created the Phonograph in 1925. Both Telescribe and Phonograph weren’t successful, but that didn’t stop these great thinkers from coming with other models. They later launched a technology that gave telephone devices a new whole look.

Mr Willy Muller invented the first automatic answering machine in 1935.  This three-foot-tall was popular among the Orthodox Jews who weren’t allowed to answer the phone on their Sabbath day. It later took the intervention of Mr Willy Muller to allow Swiss company also to introduce their answering version called Isophone.

The Isophone invention was welcomed by both business offices and telecom industries looking forward to embracing the new invention. However, this answering machine’s large size and high price didn’t allow it to stay long in the market. After its exit, the United States immediately introduced their commercial telephone version called Tel-Magnet. Tel-Magnet also slugged behind because of its high price tag.

With the exit of these pricey answering machines, it was not going to stop there. Dr. Kazuo Hashimoto also tried out his invention. The Ansafone invention of Dr Kazuo looked like a game-changer in the answering machine industry. It was largely accepted and sold in the USA in 1960.

After the production of Ansafone, the answering machines now became very popular, with quite a number of non-portable coming into the limelight. This made Hashimoto develop a high-tech device that can make the device more functional.

After the dissolution of AT&T in 1984, local companies that were still operating stopped enforcing restrictions on answering machine use. This made the sales go up during that period dramatically. And by the mid-1990s, many households owned telephone answering machines.

The Model could hold twenty messages on a reel-to-reel tape, thanks to its ten pounds weight. To retrieve private messages, you can use an earphone. The answering machine became more popular in the 1970s, courtesy of microelectronics cheaper than their previous counterparts.

No matter how good answering machines were, advancement in technology has played a great role in pushing them away from the market. They became obsolete, opening the way for new automated programs which took the market by a storm. But one thing you cannot rule out is that the answering machine was very important in the past because it was the only way to keep crucial information.

History of The Dictation Equipment Industry

Exploring the History of the Recording Business