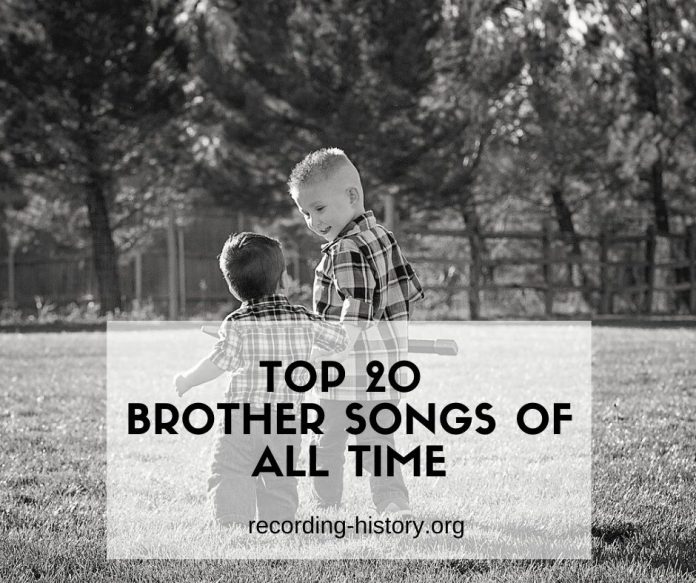 To celebrate our brothers, here is a list of the top brother songs of all time which you could dedicate to your brothers, anytime, any day. 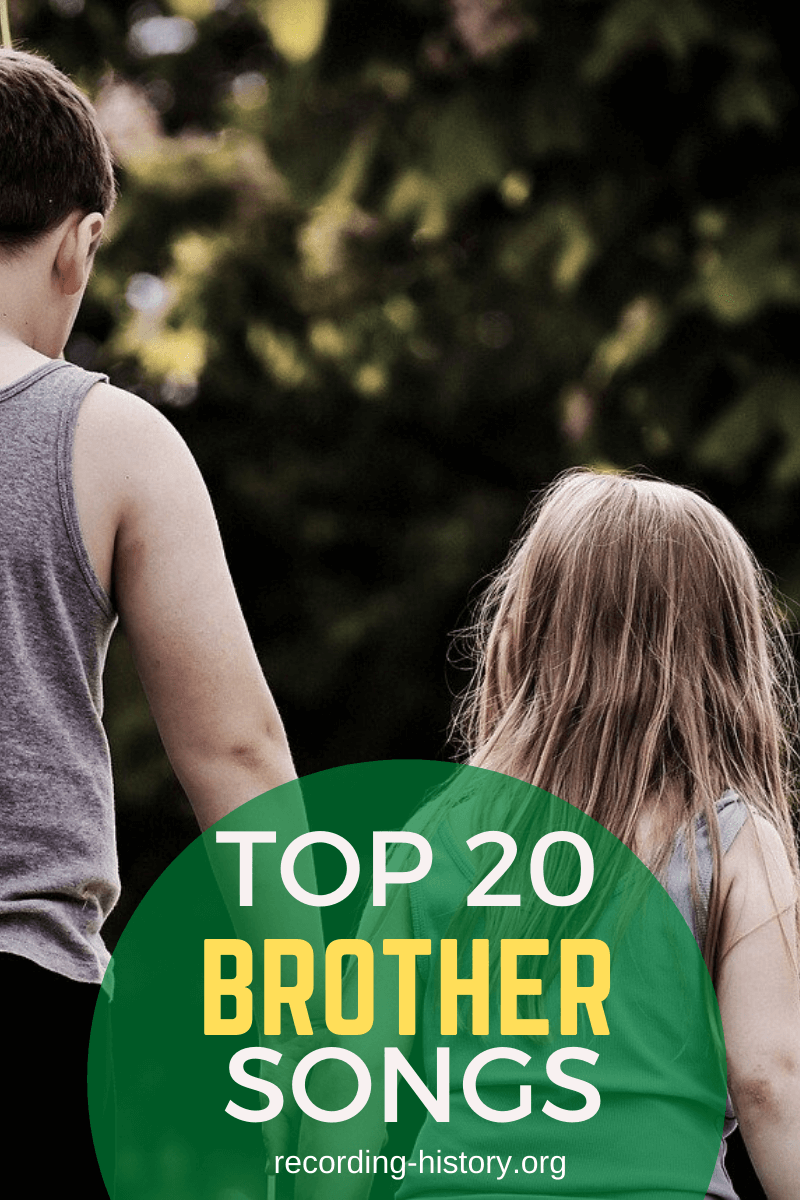 Top 20 Brother Songs of all Time

Our brothers are heroes without capes and here are the top 20 brother songs of all time that will immortalize how dear and beloved they are.

This 1970s classic elemental song is a heartwarming ode to brothers helping brothers without limits, no matter the costs. It was inspired by the slogan of a Boy’s Town for homeless boys in London.

Coming on from tackling controversial world issues like the Vietnam War in What’s Going On, this song specifies a target as this was inspired by his veteran soldier brother returning from war and integrating in a very chaotic America.

This indie rock song offers a fresh take on brotherhood as this was song by literally, the little brother of the lead singer of Art Brut, Eddie Argos. It’s a coming of age song talking about that voice in his head that he is now letting out of control.

This punk rock song was actually used as one of the official anthems in the nerdy siblings TV show Malcolm in the Middle, which was aired in 2001. It playfully sings the squabbles of young brothers and the little brother fighting back because he doesn’t want to be pushed around just because he’s still young.

This is that one song which might deviate from the list because it talks about the pain, anger and frustration of a big brother whose little brother became a drug addict moving from weed to crack and  how drugs has engulfed his body and soul. But the vibe becomes warm as he goes through the ways he will help his brother to overcome this addiction.

This old but gold bittersweet song talks about a devoted cop with obligations to the country and to his family so when his no-good brother does a mess he can’t clean up, he does not think twice and shoots him.

This 2017 alternative-indie song will hit a homerun as it talks about the unconditional love and unbreakable bond between brothers from childhood to adulthood. It talks about careless days and mature reckonings and how they will forever see each other as safety blankets no matter the age.

Well we are not sure if this 1998 song really talks about a rival sibling for the love of a woman but this song tells the story of a guy, convincing Brother Louie that he should set free the woman who his brother loves because it is him she loves back and not her.

This 2013 electric pop song under the album True. It talks about a brother talking to his siblings that even if he’s far from home, he hears them and that there’s nothing he would do for them.

It could be a friend, it could be a sibling, it could be a stranger who needs help,  this song is a song of hope and selflessness of a brother giving shelter for refuge, a fortress for your pain, a call away for all your distress. It was released in 2014 under the album Rivers in the Wasteland.

This 1985 Grammy winning war song under the album of the same title is a bittersweet celebration of all the brothers in arms who like him fought a war they didn’t choose but regardless, did not desert him at the brink of death.

From his 2013 hit country rock album Crash My Party, this song is a celebration of brotherhood, regardless if bound by blood or friendship, singing brother is a light that does not come cheap, you fight, you cry, you lie and you bleed but you will always lean on one another cause you are blood brothers.

Released in 2012 under the album Close-Up Vol. 4: Songs of Family, this folk song is a heart-tugging ode of a big sister to her younger troublemaker brother, attending to him with another swollen eye, talking to him that he’s go to grow up, man up and be the best version of himself as he goes through life.

14. On the wings of a nightingale (The Everly Brothers)

This 1984 song under the album EB84 talks about two brothers finding success together in separate ways, coming home through high above land and see, and going to that place of love where everything began.

From the master of emotions and ballads himself, this 1970 song is literally about being a little boy excited to meet his newborn baby brother who will have a life filled with love and whose green eyes shall always be filled with stories and adventures.

This song, like all David Bowie’s songs, is a fusion of symbolic meanings, dark art and pop rock themes. It talks about two misunderstood brothers, mistaken by society as evil men, killed one of them and how the living one shall hunt the town and the children for the rest of his days. It was released in 1971, the last song under Hunky Dory.

17. Song for my brother (Carlos Santana)

It starts with writing on a piece of paper, a song for a brother who stood with him through the hurricane and because of this, fills a gap in his heart no one else will ever replace. It was released in 1980 under the album The Swing of Delight.

It was released in 1975 under the album Blue Jays and it talks about a little brother thanking his big bro of taking him to verdant greens and deep seas asking him at a very hard time if he could guide him through life’s tough decisions again.

This 1991 easy listening acoustic rock can be dedicated to anyone whose love for you feels perfect and that could be your brother. It talks about dreaming together, making it all come true and realizing that along the way, you were given the perfect love.

Popularized by the soft pop rock multi-awarded 70s group Bee Gees, this song is also fondly called as Song for Andy because it was dedicated to him by the songwriter Barry Gibb who was his brother. It was first performed in 1979, the year when Andy committed suicide.

Brothers may not be necessarily siblings because they can also be friends that turned to family. Regardless, if you are feeling sentimental over anyone you consider as brothers, this list will help you get through a trip down brother memory lane.