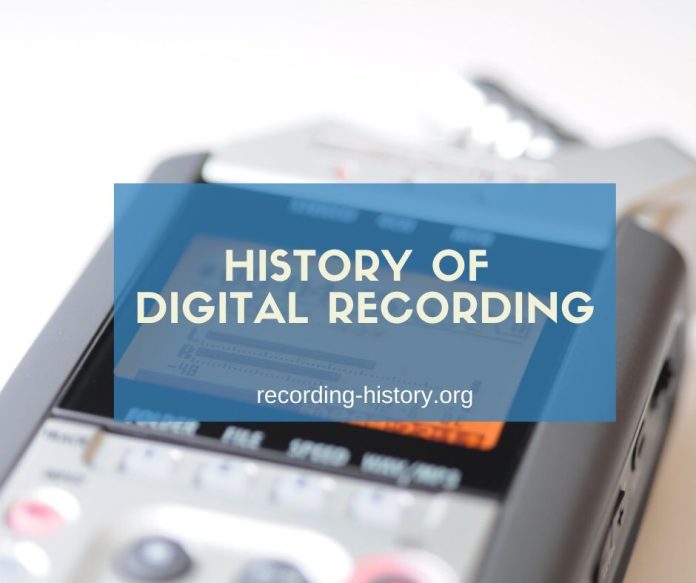 The credit for the invention of the digital recording is not given to a person but to a company.

The first digital recording was publicly launched in Japan during the 60s but at that time, digital audios were still stored in magnetic tapes.

Finally, in 1977, the Sony PCM-1 of the Sony company was released and it became the first commercially distributed digital audio recorder that would later on convert analog audio to digital medium and be stored on VHS tapes. From here, digital mastering existed and in the late 1970s, Sony and Panasonic collaborated to introduce the first compact disk (CD) for greater digital storage.

What is digital sound recording? 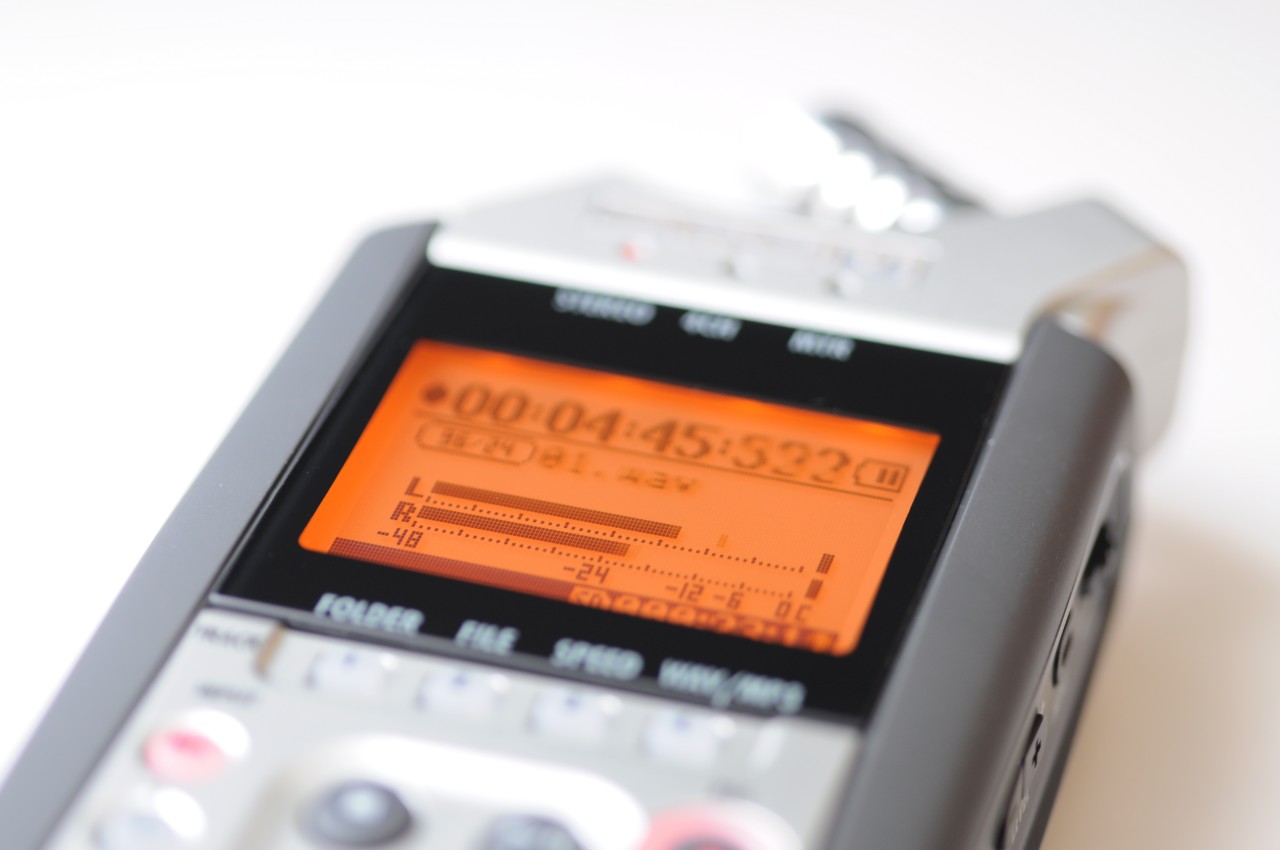 Digital recording unlike all its predecessor recording methods no longer store sound or music through disks or through magnetic rotation but with the use of number sequences which represent the amount of air pressure through time.

Through this new data storage system, musicians and sound engineers found a way to store sound with an unchanging tone quality through time no matter how many times the music has been played.

In so far as digital recording is concerned, it has four notable advantages.

First is its high accuracy. Through digital mastering, sounds recorded digitally can pick-up even the subtlest sound and it will make it to the final track whether you like it or not.

Second is that, it is insensitive to tape speed so whether if you still use magnetic tapes for your digitally recorded sound, you can depend on it to not skip parts and be jumpy in between.

Lastly, the sound or data that were digitally recorded could be transferred efficiently in your digital devices such as computers for storing and editing.

What does digitally recorded mean?

Digitally recorded means that the sound or music you stored in a digital medium would be the product of the converted analog signals of that sound into a series of discrete numbers which represents the voltage level or air pressure of the highs and lows of the sounds.

It is also called digitally recorded when it is stored in magnetic tapes or in present day talking, in digital memory systems like USB, mP3, CDs, etc.

What was the first album recorded digitally?

Two years after the release of the first commercially distributed digital audio recorder, the first digitally recorded album was released and it was titled Bop Til You Drop by Ry Crooder.

How does digital recording work? 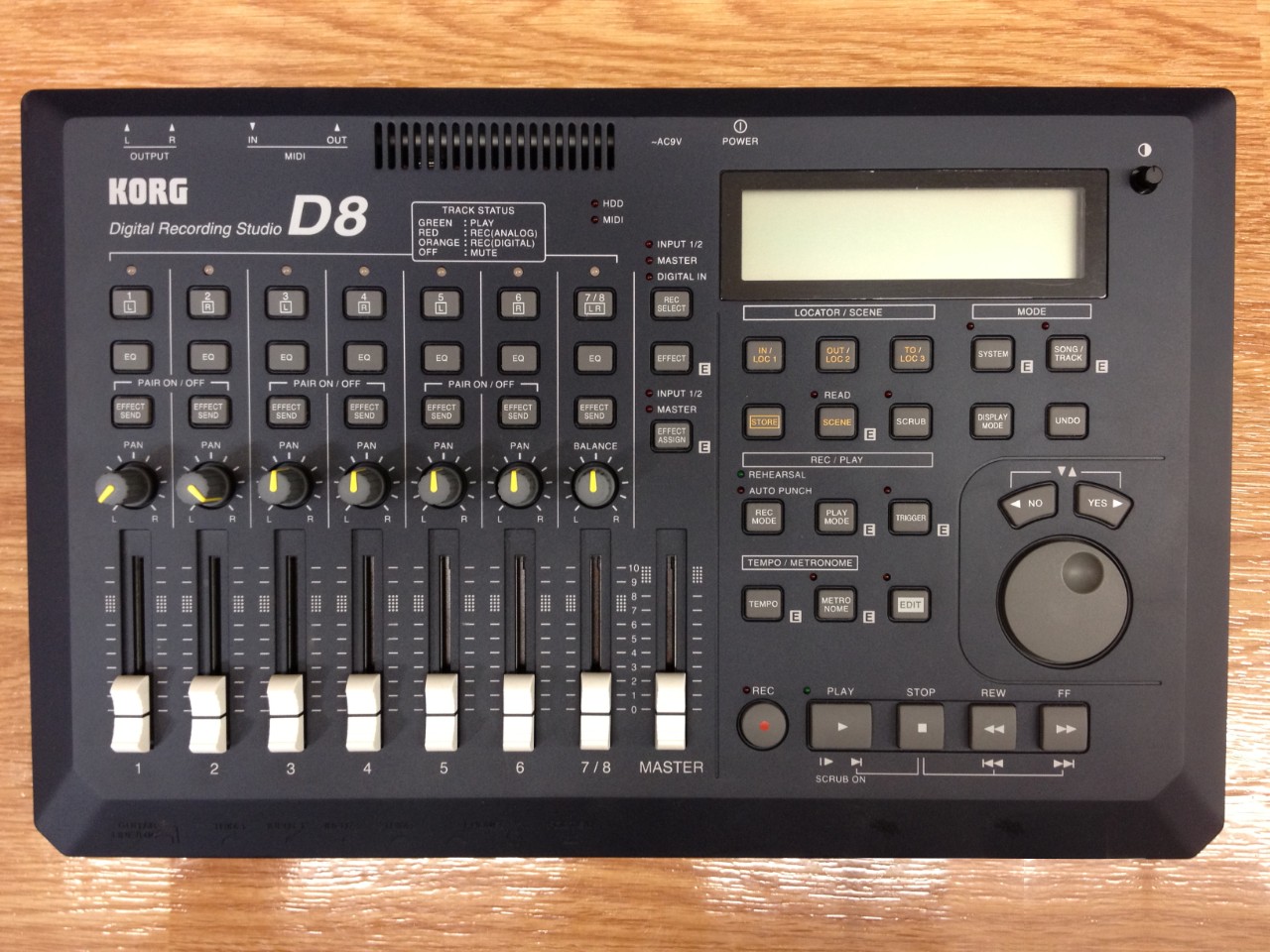 Digital recording may look easy because of the way music is produced at present time but it is more complex than you think. It starts with the microphone or any transducer which picks up audio and even video signals from a camera or other digital devices.

These signals are then streamed using discrete numbers. The numbers represent the air pressure (for audio) and the chroma (for video) of the picked-up signals through time.

After this, the numbers are recorded in a storage system or device. For playback, the digitally recorded sounds and videos are retrieved from the storage device and will be converted back into their analog forms. Once this is done, you can now attach them through external loudspeakers.

What is the difference between analog recording and digital recording?

The analog technology makes use of the original sound wave. Thus, analog recording only needs a tape recorder to pick up the signal. After the signal is picked up, you can automatically store it onto tape.

On the other hand, digital recording can be a bit complex because the analog wave would still be sampled into intervals. In between this, the sampled analog waves are converted into discrete number se quences and in themselves, are stored in a digital device.

Why is digital recording better than analog?

The presence of high resolution, high fidelity technologies which makes the tone from a digital audio device better than the original sometimes is enough evidence to this claim.

But most importantly, digital recording is now preferred over analog recording because the discrete numbers it has as basis for its tone are easier to retrieve and manipulate than the grooves used in analog recording or the inaccuracy of the magnetic particles used on tape.

This also builds higher tone integrity because the sound stored through digital recording could be played back over again without unwanted background noise or sound wearing through time.