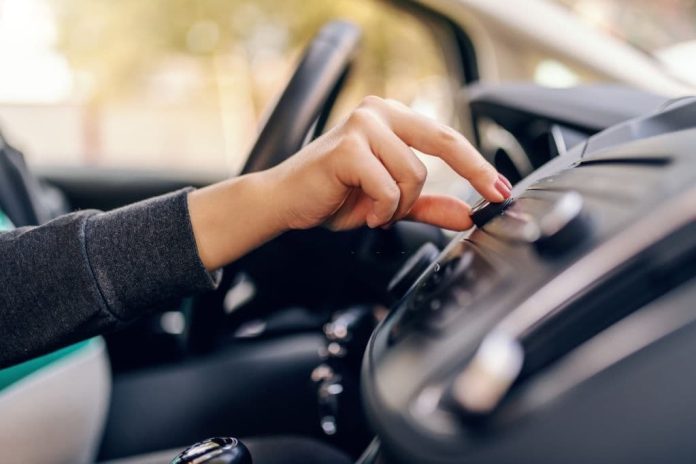 An iPod is a great companion on a long car journey. Here is how to connect an iPod to a car radio and play it via the automotive audio system.

Owners of recent cars often have an easy way to play their iPods though the radio – there is often an iPod dock on even mid-level factory fitted car stereos. This allows the audio function on the car radio to control the iPod, shifting to the next track and enabling track selection. Some models will pick up the track name and info and display that on the radio display, with full iPod integration meaning the driver does not need to take their hands off the steering wheel to change tracks.

For the owners of older vehicles, the choice depends on what sort of facilities the car audio system already has. This can range from none whatsoever, to an analog aux in socket on the radio.

Owners of Vehicles with a Cassette Deck

Quality is usually pretty average, however, this method shares the advantages of being inexpensive and not usually requiring any batteries for the tape adaptor.

Play the Ipod Through the Vehicle FM Radio

Small FM transmitters are available that can be plugged into an iPod to play out as an ultra-short range FM radio station. Since nearly all car audio systems have a FM radio, this works nearly universally, though it is usually better if the car aerial is to the front of the vehicle.

The connection the the car tuner is wireless which is nice, and this is a good solution for hire cars that don’t have iPod in jacks or aux jacks.

The FM transmitter does have to be set to a blank spot on the dial, and on long journeys a blank position of the FM dial in one place may be occupied in another. This will lead to interference on playback, so it is more suited to local journeys than road trips.

Use the Auxiliary Input Jack

Some radio manufacturers provide an auxiliary input, either as a 3.5mm jack on the front panel or as an input brought out to the wiring harness at the back of the radio. In the latter case, some way has to be found to bring the lead out without it getting in the way too much. This acts in the same way as the aux input of a hi-fi system and can be used in a similar way to patch in an iPod. For the 3.5mm input socket a normal 3.5mm jack to jack lead will suffice. This type of connection usually gives excellent audio quality and is immune from the interference issues of the FM approach

Some cars can use Bluetooth to stream audio wirelessly from an iPod, either via a suitable adaptor plugged into the iPod on the device’s native capability in the case of the iPhone and iPod Touch (with OS 3). However, the car Bluetooth interface must support A2DP (Advanced Audio Distribution Profile) as well as the regular handsfree support for mobile phones. It is nice if the car also supports AVRCP – Audio video Remote control Profile. That way the car radio forward and back buttons can switch tracks on the MP3 player.

Bluetooth connectivity can be added to earlier iPods with devices like Griffin’s BlueTrip and other similar devices. These still require the car radio to have at least A2DP capability.

There are several ways of playing an Ipod in a vehicle, they each have their individual advantages and disadvantages.

The advantages of an iPod over CDs and tapes is that it can hold enough music for a road trip without changing media. However, interacting with the iPod itself when driving should be avoided for obvious reasons. Hence the iPod dock and the Bluetooth with AVRCP option where possible are to be preferred for safe driving.